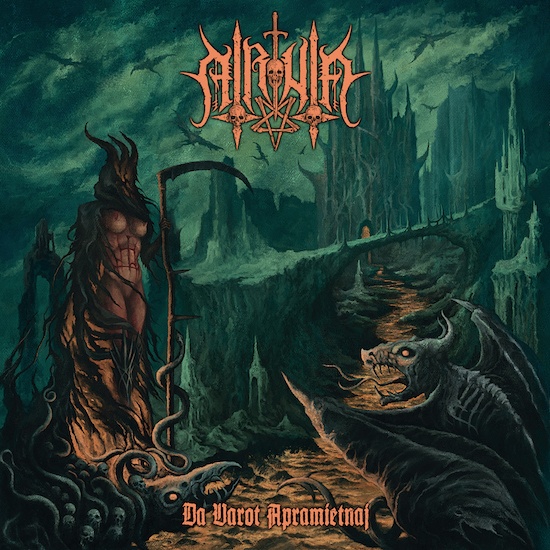 The band name Atruta probably won’t be familiar to you, but the names Downcross and Khandra should be. We’ve written frequently and appreciatively about the music of those two black metal bands from Belarus (as you can see here and here, respectively), and that’s worth noting because Atruta is a new trio whose members come from those other two groups.

That pedigree alone should inspire intrigue about their music. There’s proven talent here, for sure, but what have these three chosen to do under the banner of Atruta?

The answer to that question lies in a debut album named Da Varot Apramietnaj, which will be released on October 5th by Cavum Atrum Rex (also based in Belarus). Drawing inspiration from medieval personifications of evil, with lyrical themes in their native tongue concerning darkness, evil, and death worship, they’ve recorded 8 tracks for the album, and we’re providing the first track premiere here today. 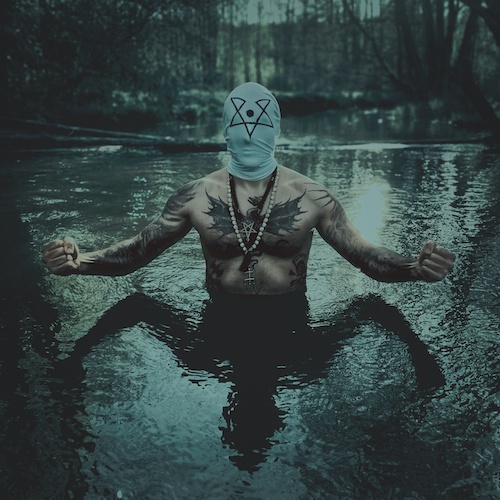 The name of this song is “Słava Čeravie-Lilit“, and it proves to be a riveting amalgam of sounds and styles, of which black metal is a central ingredient but not the only one.

There’s abrasive grit in the guitars, but they also ring (actually, everything reverberates). The big bass compulsively punches, and the drums will crack your neck and smack your skull, but they mostly lock into rocking grooves, and only rarely race or convulse in blasting ferocity. The vocals crackle with teeth-bared savagery, but high cries also rise up with burning fervor. 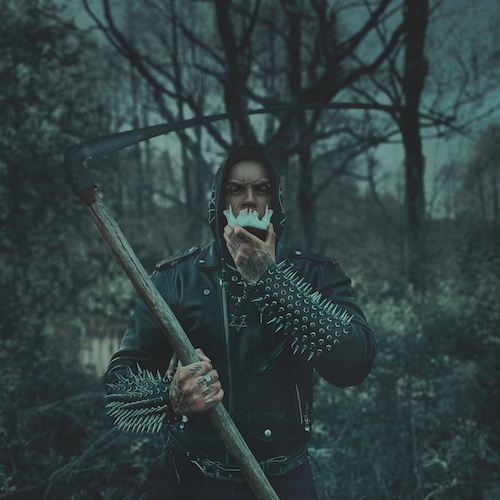 The riffing rakes and ripples, jitters and chugs. The melodies change, and so do the moods. Darkness descends and sinister perils lurk, but the beautifully fluid guitar solos soar. Confusion and anguish emerge, but the song becomes a blazing anthem too. At different points you might get hints of Satyricon and White Ward, or late-stage Enslaved or variants of deathly rock.

All in all, it’s a completely captivating and exhilarating experience, worth listening to repeatedly, and in these quarters it generates a lot of enthusiasm for the album — and even greater intrigue about what Atruta do in the other seven songs. 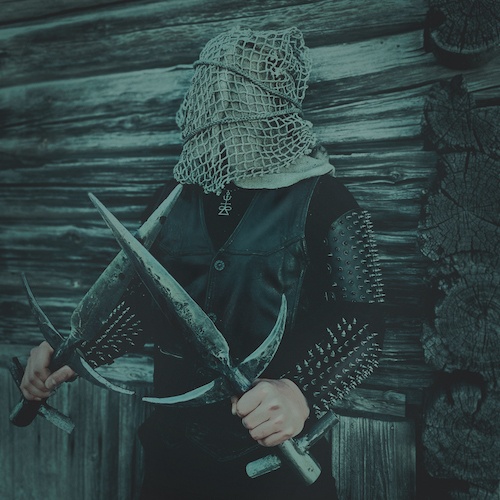 Cavum Atrum Rex plan to release the album on CD and digital formats, along with apparel, and you can explore the options via the link below.