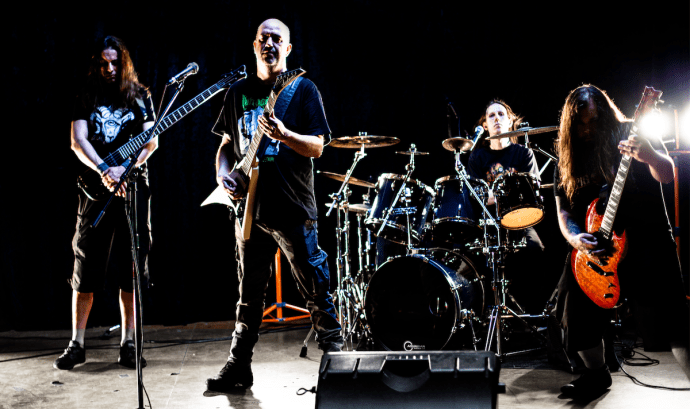 How is touring with Accept going so far?

Dallas Toler-Wade: Good, man. It’s been an opportunity for us to get in front of more people. [Accept] packs houses, I mean – we’ve had like two sold-out shows this week. The Whisky was really close, too. I think there were like ten tickets left.

Has this been your biggest tour as a band? Have you felt like you’ve reached that “holy shit, we’re making it” moment?

Joe Howard: A lot of people still just kind of don’t know about us yet, but that’s changing. It’s just been great to see the exposure. At most shows, I’ll know at least five or six people. But these are some big crowds.

DTW: These are definitely some of the biggest crowds we’ve had so far. We did another tour with Malevolent Creation earlier this year and those were some packed houses on that, on their 30 Years of Retribution tour, so that was fun.

So, Dallas, walk me through a bit of the history of Narcotic Wasteland so far – when did you officially come together and start playing after you left Nile?

DTW: Well, the band was already kind of in existence [before then]. We had already released a debut album in 2014. It was just something that was a little bit different [than Nile.] Some of it was appropriate for Nile, and some of it wasn’t. I just like to write when I’m home. The stuff that wasn’t appropriate for Nile started to accumulate over time, and me and my longtime friend Ed Rhone – I started sending him demos and stuff and then we decided we wanted to make a band out of it. Pretty much, the rest is history. After Summer Slaughter in 2016, I left Nile and just kind of made this my fulltime gig.

Tell me about the name of the band a little – did addiction just become a theme within the music and lyrics after you started writing originally?

DTW: It kind of turned into that organically. The first demo I completed for this way back when, there was a song called “Widespread Narcotic Wasteland.” And we just kept kind of messing around with that theme, and then I wrote a song called “Absent Friends,” which was about a friend of mine that overdosed and passed away. And then on to some of the faster tracks that we ended up doing, like “Alcoholic Religious Fanatics,” and basically it was all just stuff that I had observed just growing up in my hometown of Fayetteville, North Carolina. We were lucky, because music kept us out of serious trouble, because there wasn’t a whole lot to do there but get into serious trouble. [Laughs]

JH: In the end, everyone’s got their wasteland, man. 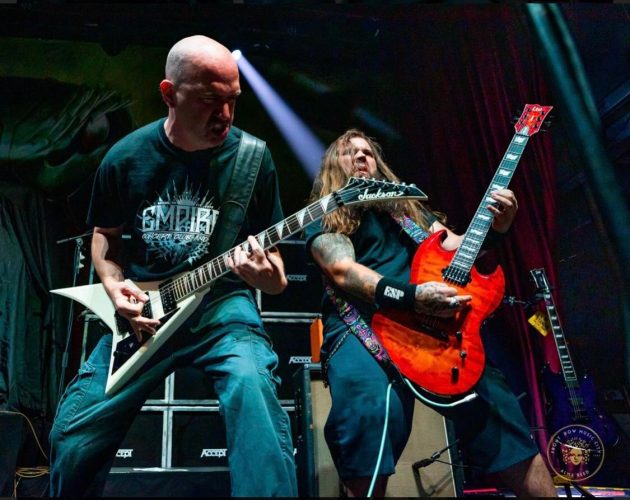 Indeed. How did the band’s sound evolve from there?

DTW: We started branching out a little thematically, to where it wasn’t always about addiction. There’s a song on the debut album about Donald Henry Gaskins, who’s more or less South Carolina’s most famous serial killer. A lot of it comes all back to my fascination with criminal psychology, psychology in general, forensic science, and just the observation of human behavior. That’s where a lot of the lyrics come from. Some of it’s obviously got drug themes to it, but a lot of it lately is just about this growing narcissism in the world with the way people treat each other.

Are serial killers also an area of interest to you?

DTW: I’m pretty fascinated by all that stuff, yeah. I was watching Forensic Files religiously until they took it off Netflix.

Have you seen the new Jeffrey Dahmer series on Netflix in the meantime?

DTW: I’ve definitely been meaning to. I still gotta finish up the most recent season of Stranger Things. And of course, the new Cobra Kai. Then I’ll check out the Dahmer one. But I did enjoy the Ted Bundy one they put out not too long ago as well.

I guess it was a hell of a lot easier to get away with murder back then, I suppose.

DTW: It sure was. The Cecil Hotel series was interesting too, when Richard Ramirez renting a room there and all that.

Was Nile the first really big band you were in that blew up? And how did that experience shape the formation of Narcotic Wasteland?

DTW: That was actually the first big band that any of us were in at that point. When I joined, we were still kind of regional, but then Relapse was interested, and then all that happened and we kinda got lucky from there. Our first really big tour was with Incantation, and then after that we got a call because Vader had dropped off the Morbid Angel tour. And Incantation was also on that, and then we got recommended for the Morbid Angel tour. And then they had us back out, again, for a US tour. And then we did a bunch of stuff on our own, just headlining stuff, and then we definitely built that band from the ground up. I think we maybe canceled like one show the entire time I was with them.

JH: It just takes dedication and just being ready to work, really, and meeting those obligations however you can.

Road life must be rough, no matter what. 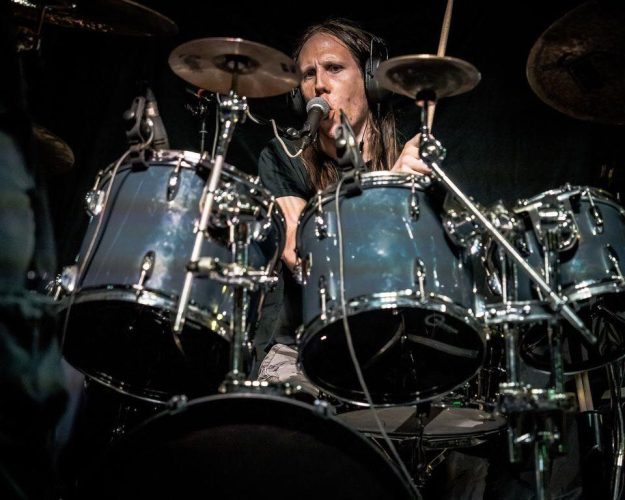 But with you living in Denver, Joe, how does that affect the recording process while all of you are living in different places?

JH: We just pencil in demos, pretty much, and fire up Reaper [recording software] and exchange ideas that way.

DTW: I’m really looking forward to this new era of Narcotic Wasteland, though, because I think we’ve got the right guys this time. Everyone’s bringing something special to the table, and it’s made the band so much better than the time it was in the beginning. We were always a pretty tight band back then but it’s not even close to what we’re doing now.

And finally, after being able to escape this twilight zone that’s everyone’s been in over the past couple of years, we’re actually in a position where we can finally solicit and promote the band, and we’ve never really had that opportunity for one reason or another. And then, we’ve been sitting on this album that we’re gonna put out in 2023 for a very long time now.

That was actually my next question – are the two new singles leading up to what can expect from a new album for you guys?

DTW: Yeah, I mean, basically what’s happening right now was on a timeline of three years ago. But that’s fine because it all worked out for the better. I’m sitting on more than enough material for a new album now.

JH: Pretty much when I joined [in 2020] the album was already pretty much done.

How was joining the band during the pandemic?

JH: I mean, it was actually a great time to just sit at home and practice my skills and become able to play the material, and to become worthy of this shit. That was my biggest challenge at the time.

Any details about the new album yet that you can share?

DTW: We’re not gonna reveal that one just yet, but we do have a name in place for it. There will be a title track that goes along with it – it’s really branching out lyrically and musically, going into different territories and all that. It still does have a thematic thing to it with addiction, though, because addiction is coming from a lot of different places nowadays.

What are some places you see that coming from?

DTW: It’s coming from these godforsaken telephones that we all have to have. Technology’s great and everything and it has a lot of positive aspects to it, but it sucks you in after a while, and a lot of the software is free, but it doesn’t quite work, and… just, good god, man, you end up chewing so much of your time with it. People put way too much into it. They think because you get a bunch of likes on your Instagram or whatever that somebody gives a shit about you, but that’s not how that works. It’s just a way for people to say to other people to convince them that someone else gives a shit about them. That’s all it is.

“Look at me, I’m different, just like everybody else!”

So what’s next for you guys in 2023? Finalizing the album, more tours?

DTW: That’s the plan, man. I’m gonna get home and get everything fired up – we’ve got one more song before I decide how to put the album together, and it’s coming along nicely. There’s a lot of growth in it. We’re just getting better at it, all the time, every day.

Follow Narcotic Wasteland via the links below. The band’s new album will be released next year via Megaforce Records, to follow 2014’s self-titled and 2017’s Delirium Tremens. We’re also including the remaining dates on Narcotic Wasteland‘s tour with Accept: