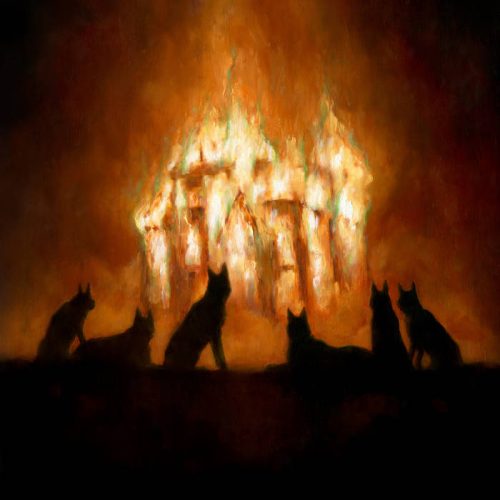 You know how insurance companies calculate that once you’ve been in an accident your chances of being in another accident drastically increase?

Well, the same kind of thinking applies here at NCS too… once we’ve written about a band we’re much more likely to write about them again in the future.

Of course, it doesn’t always work out this way – we don’t always have time to cover everything we want to – but there’s a good chance that, if we liked what you did once, we’re going to be keeping our eyes (and ears) on you for whatever you do next.

Case in point, while I was a few months late to the party with Chrome Ghost‘s second album, The Diving Bell (which you can read more about here), it quickly became a firm favourite of mine due to its unique integration of doomy majesty, ephemeral atmosphere, and rugged, grungy grooves.

So when I saw that the promo for their new album (out this Friday) was up for grabs I knew I had to hear it. 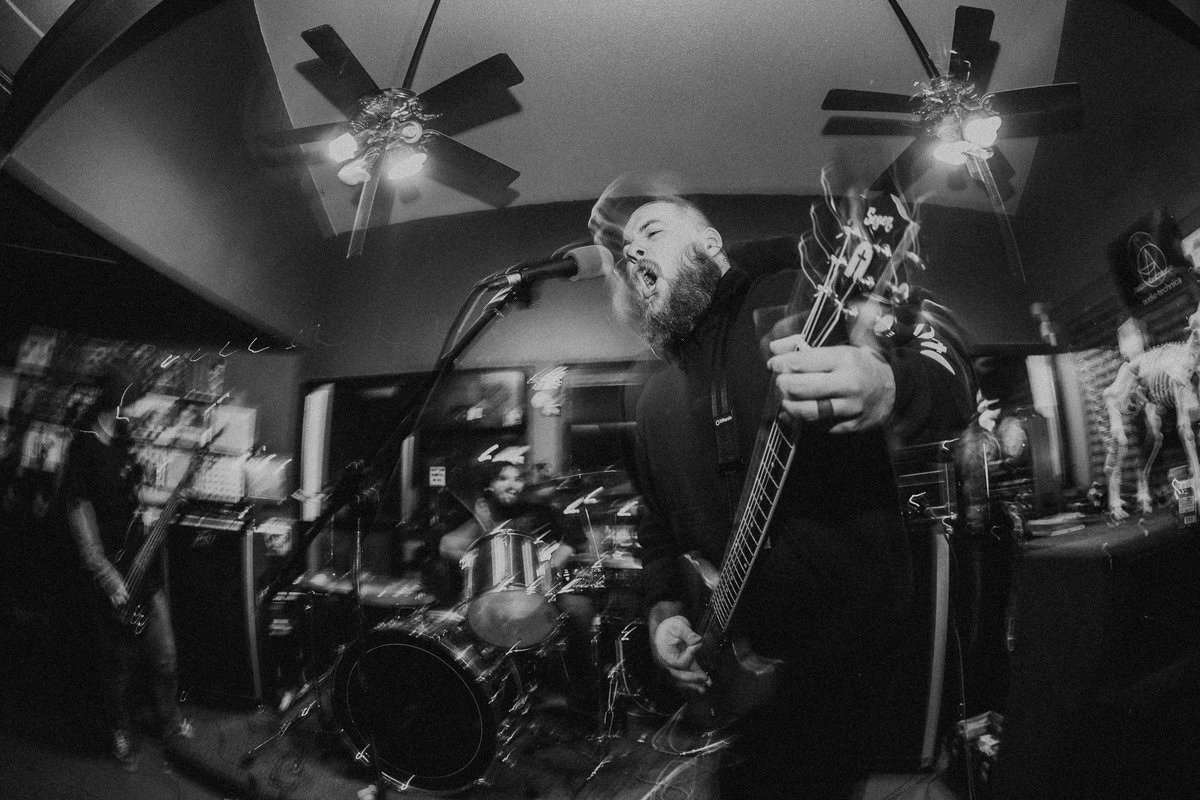 While some of the comparisons I made in my previous review still hold true – with echoes and elements of Bell Witch, Alcest, and Alice In Chains popping up here and there – there’s no denying that House of Falling Ash is a more dynamic, and more cinematic, album than its predecessor, equally at home delving deeper into the more sombre, shoegaze-inspired end of the spectrum as it is doling out the thunderous, doom-laden riffs.

These two extremes – and so much more in between – are readily apparent on the album’s striking opener, “Rose in Bloom”, whose marriage of gorgeous melodies, gloomy melancholy, and gargantuan guitars demonstrates that not only has the band’s songwriting improved even more (every change, every transition, hitting at just the right time and in just the right way) but that each individual member’s performance (especially the heartwrenching vocals of singer Jake Kilgore) is now at an even higher level.

“The Furnace” only reinforces this early impression, as Kilgore’s sublime singing voice and rippling acoustic guitar work eventually give way to a crushing, claustrophobic deluge of almost Funeral Doom sized distortion and gritty, tooth-grinding growls (aided and abetted by some similarly harrowing shrieks from Chrch‘s Eva Rose) that pushes their music into even darker, heavier waters.

It’s not so much that the trio’s previous work was lacking in bite or heaviness when it needed, of course, but more that – this time around – when they need to hit harder, when they need to really dig their teeth in, they’re able to do so with more confidence and, as a result, even more power.

But the biggest benefit of this – perhaps counterintuitively – is that it also allows them to explore the calmer and more contemplative side of their sound to even greater depths, so that moments like the mesmerisingly minimalist mid-section of “Where Black Dogs Dream” and the poignantly progressive core of cathartic closer “House of Falling Ash” have just as much of an impact as their louder, rowdier counterparts.

More than anything this album firmly establishes Chrome Ghost and their immersive, instantly-recognisable sound – call it “Doomgaze”, if you will – as a distinct creative force that’s far more than just the sum of its influences and inspirations, and which deserves much, much more recognition and respect as a result.