Well, you might say, “The Abysmal Eye” had a hell of a video too, and that song is a more prototypical riff-driven ‘banger than the doomier and more atmospheric “Broken Cog” (to borrow some phrases from Andy Synn‘s nuanced review of Immutable, so I guess I ought to add a little more explanation. 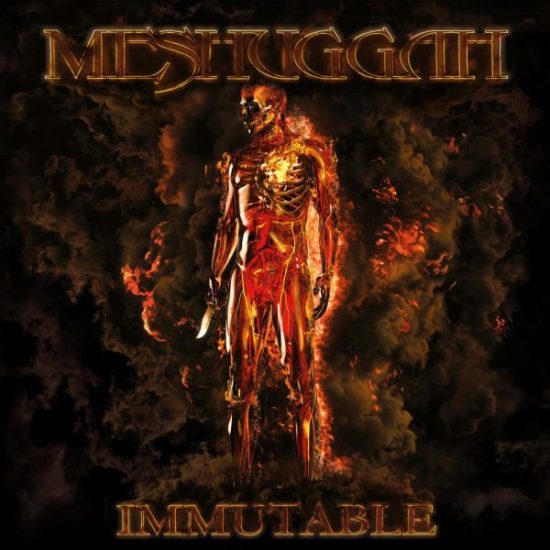 First and foremost, the stuttering jackhammer blows that open the song and then recur are such a damn big hook. But of course, Meshuggah‘s machine-like grooves are big on lots of other tracks, and so the other factors that influenced me here, which made the song interesting to me as well as skull-busting, are the rivulets of haunting and harrowing melody that flow, glitter, and wail through the variable bludgeonings (i.e., the ingredients that make the song atmospheric as well as punishing) and the variations in Jens Kidman‘s vocals.

And well, this video! 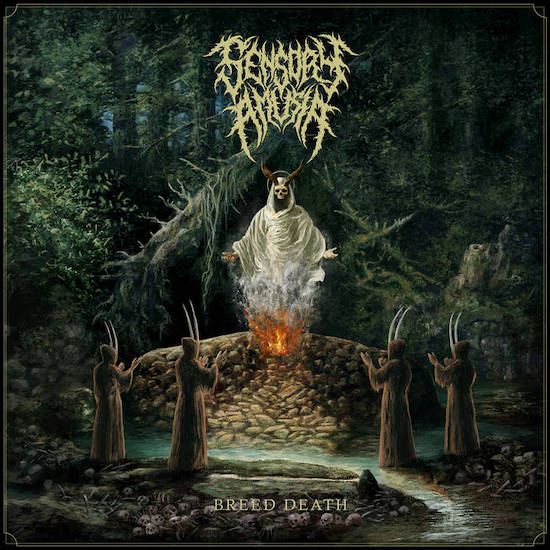 As promised, the beatings will continue, this time delivered by Breed Death, the first album in almost a decade from Australia’s Sensory Amusia, and the cudgel I chose from their rack of armaments was “Parasitic Alteration“.

This song hammers like a manic and methodical pile-driver, and there are other rhythmic hooks in the guttural and screaming vocals, but even the writhing, yowling, and skittering riffage deviously sets pernicious hooks itself. The boiling and borderline deranged energy of the music has also helped stick the thing in my head.

There are other songs on the album that more vividly bring out the tech-death proclivities of Sensory Amusia, but the brute-force thuggery and malign mania of this one has won out.

P.S. For a take on the album as a whole, you can read Andy‘s review here. 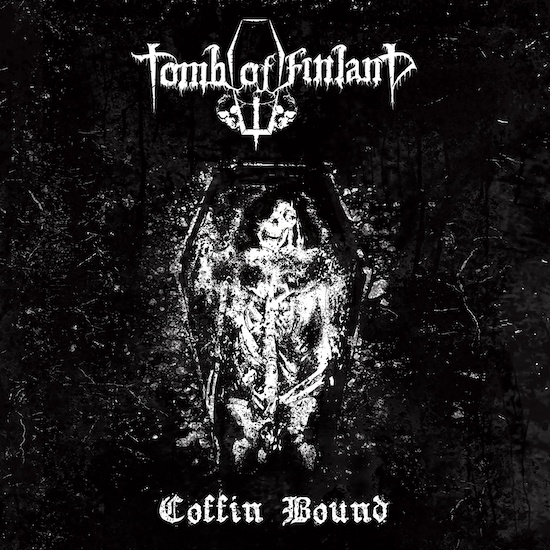 I’m not sure I’ve ever before been asked to do three song premieres for the same album, but that’s what happened in the case of Tomb of Finland‘s 2022 opus Across The Barren Fields (the proof is here). I was very happy to do that (in addition to being relieved that I must not have fucked up the first premiere too bad), because I thoroughly enjoyed the album.

It’s one of those songs we premiered — “Coffin Bound” — that I picked for this list. Which allows me to quote myself, always a thrilling experience:

“Coffin Bound” is further evidence of Tomb of Finland‘s songwriting skill — their ability to create mood-changing and memorable melodies — and of their ability to shake you like a rag doll in the grasp of a behemoth.

As this new song unfolds, a mood of mourning immediately begins to seep into the soul through an amalgam of piercing mournful strings (a reminder that indeed, we are all coffin-bound), but the band then strike with a booming, jolting groove, the kind that’s so potent it will produce reflexive muscle movement. It’s a mighty hook, and a brutal one, and the viciousness of the attack is underscored by Olli Suvanto‘s harsh snarls and screams.

The sorrow in the song persists, through wailing guitar melodies that swirl above the humongous heaviness of the skull-smacking, spine-shaking, low-end drive and those wrenching vocal assaults. Those glittering lead-guitar melodies have sharp hooks as well, burrowing in just as effectively as the convulsive grooves.

Altogether, the song also manages to create an atmosphere of tragic grandeur as the melodies soar and majestic chords loom behind them. But you’d better get your necks loose, because (to repeat) this track will get your head pumping like a piston.