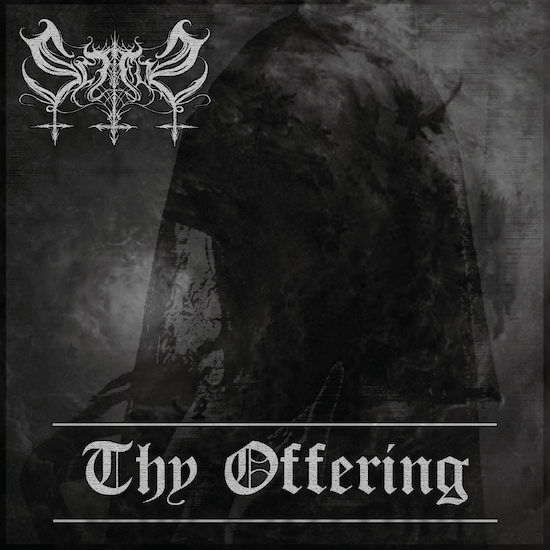 Over the last two years we have had very good encounters with the Swedish serpent-named black metal band Scitalis, first through their 2021 debut EP Awakening (released by Vendetta Records), which we premiered and reviewed here, and then their album Doomed Before Time that was also launched via Vendetta in May of last year (we wrote about that record too and premiered a song here).

In the meantime Scitalis have welcomed new guitarist L and drummer W to the band, joining original vocalist A and guitarist S. And to begin the new year Scitalis are releasing a new stand-alone single to show their new lineup and to give a hint of what to expect from their upcoming sound. The new song’s name is “Thy Offering“, and we’re premiering it here today. 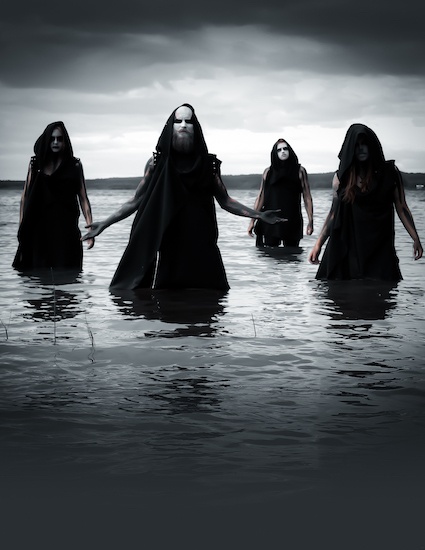 Scitalis stand in water in the photo above, but the new song is fire. In the lyrics, the protagonist stands ready to die from the beliefs of others, ready to burn them with his wrath, and to be consumed by flames himself. As A himself explains, “‘Thy Offering‘ is an atmospheric and straightforward song with the feeling of being set on fire.”

The music itself is an intense experience that seems to channel both rage and ruin, devastation and utter despair. The opening movement built from percussive turbulence, a rumbling bass, and a dense and dirty mass of tremolo’d guitar, embellished by flickering leads, sounds grim and cruel. And then the heat heightens and the music boils over, drums hammering and the guitars writhing, rising, and falling, sounding both dismal and deranged, while vocalist A screams as if indeed being consumed by fire.

Scitalis have always had a compelling way with melody, and a melodic lead surfaces in this song and flows, channeling moods of anguish as the rhythm section tumble and boom. Near the mid-point, the tumult briefly subsides, but only so the band can cause the despair to penetrate further before a final onslaught of eye-popping drumwork, magma-like bass upheavals, wildly contorting fretwork that sizzles and flares, and maniacal shrieks that seemed possessed by fury and pain.

The combined effect of all that is breathtaking, managing to sound like a sonic maelstrom, but simultaneously to reinforce the head-hooking but heart-rending impact of the song’s melodic themes.

As a preview of where Scitalis are headed with their music, “Thy Offering” is a captivating and cathartic sign. It will be released through streaming platforms, and for more info about that, keep an eye on the locations linked below.