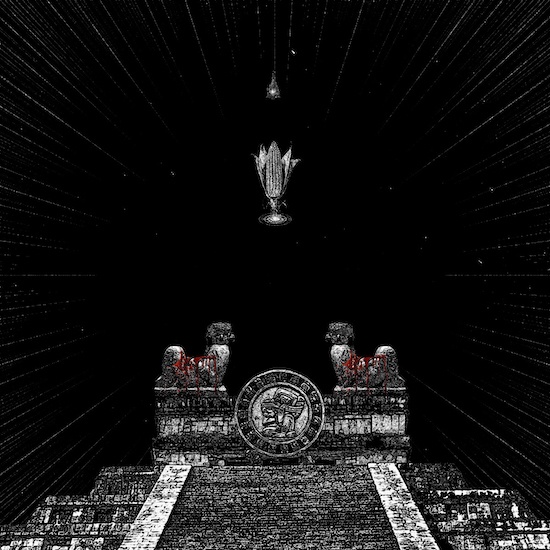 In the video you’re about to witness, esoteric undertakings unfold. By candlelight Tarot cards are turned, texts are examined, a potion is made. Under overcast skies a hooded figure with a gnarled staff and inhuman talons staggers through befogged forests. A spade parts the ground, to unearth a buried medallion bearing the pentagram sign.

The words of the song also delve into ancient occult mysteries. As described by the music’s creator, the Costa Rican musician and producer Max Gutierrez Sanchez, here in his guise as Hermès, the sole creator behind Grandiosa Muerte: “”Destino” is an evocation of the ancient knowledge of the Mayan world, intimately linked with the Sacred Fire and where the figure of the Nahuales, spiritual forces that contain and transmit the perfect human being archetype, emerge in an imposing manner.”

More specifically, the lyrics “invoke Nahual Ajpu, the Solar Warrior and Sorcerer, and intermingle it with other incarnations extracted from the Popol Vuh to materialize in a mental preparation ritual before accessing the domains of man, where the music emerges as a continuous flow of melodies and hypnotic rhythms that keeps in the fast lane of rampant ferocity.”

That preview of the music is no exaggeration. In its rampant ferocity, “Destino” is breathtaking in its electrifying power and intensity. 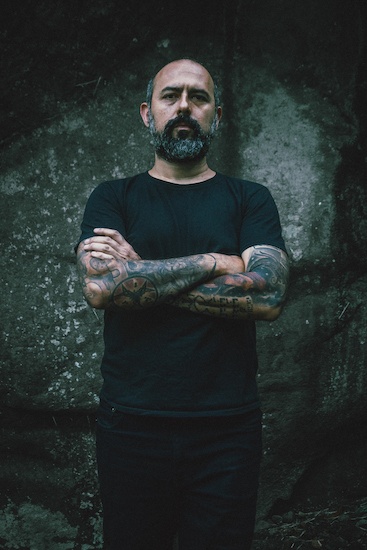 Maybe we’ll be forgiven for using more modern imagery of destruction for this full-bore assault of blackened death metal: From the first moment the bass surges like a rapidly rumbling tank attack; the drums crack and boom like the rapid fusillades of a vast artillery, or convulse in spasms of inhuman speed; and the riffing comes in dense shivering waves that rise and fall, channeling both splendor and grim savagery. No less savage and fervent are the haughty guttural growls.

The song is pure adrenaline, and the speed is unceasing, but the song does change, unveiling the majestic blaze of slashing chords and the shrill delirium of tones that flicker and sparkle.

“Destino” will appear on the debut album of Grandiosa Muerte, named Egregor, and it’s not the only album track revealed so far.

Last year brought us another ferocious song from the album, one named “Sibila“, which arrived with a video that’s almost as frightening and pulse-pounding as the music. The riffing is a churning mass of insanity, the thundering drums will beat you senseless, and the cavernous vocals are monstrous, but the thrumming bass surfaces in beguiling ways and the riffs also become thuggish jackhammers and blaring sirens, all of it capped by a dose of strange electronics.

It should be no great surprise that these songs are so good, because Max Gutierrez Sanchez is quite experienced. He discovered metal during a trip to Spain in the mid-90s, where he formed his first bands, Velatory and Ravensouls. On his return to Costa Rica in the early 2000s, he formed the band December’s Cold Winter, which went on to release two albums, as well as the band Advent of Bedlam, which released three full-lengths. And he also joined the industrial black metal band Dusk on guitars, and released two albums with them, and an EP.

With all that on his resume, plus many stage appearances in North, Central, and South America, it’s no wonder that this latest project, Grandiosa Muerte, so powerfully fires on all cylinders.

The debut album Egregor features cover art by Gustavo Quirós, and it will be released by the French label Bitume. It was recorded by Max Gutierrez at his Cavan Studio, and it was mixed and mastered by Colin Marston at Menegroth, the Thousand Caves. We’ll share this comment from Marston about the album:

“One-man extreme metal from Costa Rica, simultaneously primitive and sophisticated, dissonant, atmospheric and pummeling. Focused songwriting combined with welcome variation from track to track make for a great listen regardless of whether your taste leads more toward death or more toward black/thrash.”

For more info about the album release, keep an eye on these locations: