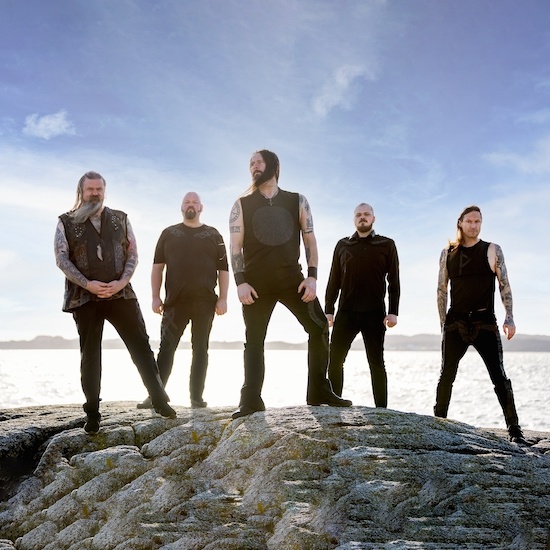 Starting the third week of this annual songfest I picked three that go together so well, in addition to being infectious standouts on their own. It happens that two of them were also presented by two of my favorite videos of 2022.

In putting together these lists there’s always been a bit of confusion in my mind about what to do with songs that premiered in one year from albums not due for release until the following year. Here’s a case in point: Enslaved‘s new album Heimdal isn’t due out until March 3rd of this year, but the song “Kingdom” from that album debuted in August of last year. So should it be considered for the 2022 edition of this list or should I wait a year and make it a candidate for the 2023 list?

I don’t think I’ve had any consistent policy on this issue, though in general I hate waiting. In this case the song was first released as a stand-alone single almost three months before the album was even announced, so that seems like adequate justification for putting it on the 2022 list now. “Kingdom” is a sprinter’s song, or maybe a high-hurdler’s song because it does leap high. I think I’d feel that way even without watching all the people racing and tumbling through Icelandic and Norwegian terrain in Gaui H‘s exhilarating yet mysterious concept video.

For this song, Enslaved cooked up some compulsive high-energy riffs that get hearts pounding (including a glorious and irresistible fast-chugging groover that provides the song’s main through-line), and then matched that up with muscle-moving drum rhythms, and then proceeded to embellish it in weird and wondrous ways — with wild, swirling and wailing guitars and keys; and vocals that soar, snarl, quaver, and mutter.

“Kingdom” is just such a fucking joy that I’ve kept going back to it, and there was never any doubt I was going to have it on this list. 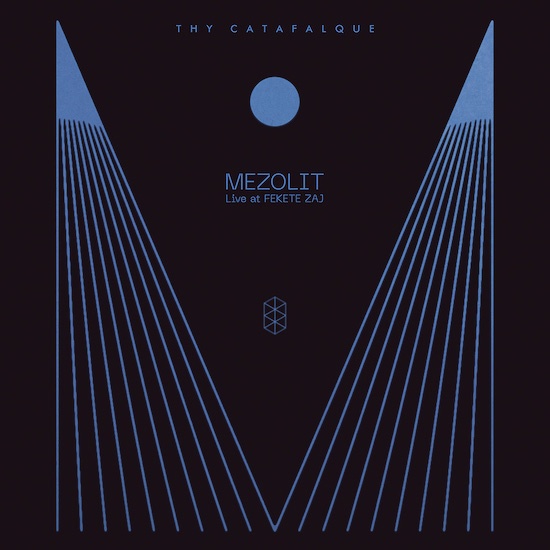 I’m pretty sure my next choice is the first time that the same song has appeared on my Most Infectious Song lists for two different years — and those two years happen to be more than a decade apart. I put Thy Catafalque‘s “Fekete Mezok” (“black fields”) from the album Rengeteg on the Most Infectious Song list for 2011 (here) and now I’m doing it again. How is that to be allowed, you may ask?

I can confidently state that I will never fall out of love with this song and will use any excuse to spread it around. However, in my defense what I’ve added to this 2022 list isn’t exactly the same as the one on the 2011 list, and it does appear on a new album released last year. Moreover, Thy Catafalque‘s mainman Tamás Kátai isn’t even one of the performers.

This version of “Fekete Mezok” was recorded during the first live show of Thy Catafalque, in August 2021 during the Fekete Zaj festival in Hungary. For that show 26 musicians performed 15 songs from Thy Catafalque’s discography, and the sounds and sights of the show were released last November by Season of Mist in a digital and Blu-ray edition called Mezolit – Live at Fekete Zaj.

For this performance the performers were Bálint Bokodi (vocals), András Nagy (vocals), Krisztián Varga (guitar), Péter Erdélyi (guitar), Gergely Cseh (bass), and Tadeusz Rieckmann (drums), and man, they do a hell of a great job, making the song even heavier and more hard-hitting (a more death metal version, I’d say), but no less captivating. You’d better get ready to move… And as mentioned earlier, the video of their performance was one of my favorites of last year.

For those who might not have encountered this band before now, I’ll borrow from Comrade Aleks‘  NCS interview of the man behind it:

Branislav chose to express his interest towards melodic death-doom through his project, and as result we have his first solo album Увод… / Uvod… released just two months ago. And if you dig old good stuff like Katatonia, Saturnus, and so on, then this album will linger in your play-list longer than you expect.

Tishina (Тишина) is best described as a Melodic Doom/Death Metal project which was initially born as a side-project to explore slower, deeper and more emotional side of music. The inspiration for the first album, Uvod… (‘Увод…‘) came mainly from the book of poems ‘Nad Vodama Aheronta’, written by Serbian author Predrag Rava. 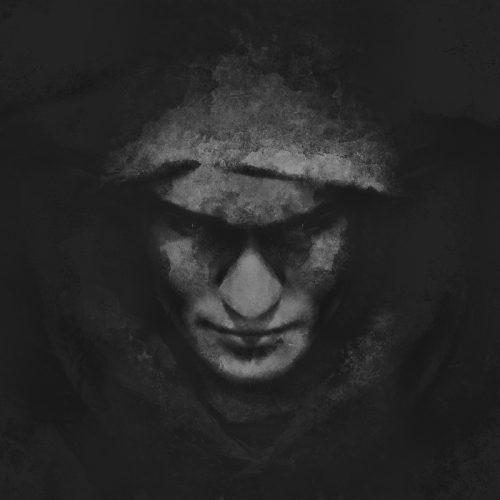 And now I’ll paraphrase my own previous words about the song from Uvod… that I’ve chosen for this list – and it’s one that we premiered here:

“Јутро Последњег Дана” is a remarkable amalgam of sensations, both spellbinding and hard-hitting. It creates a feeling of fiery splendor from the beginning, with big jolting grooves and a high-flying melody that darts and swirls, but shadows fall across the music when Panić‘s massive growl enters the fray. There’s still a darting and shining quality to the melody, but it begins to sound forlorn and beseeching, even though the music’s electrifying vibrancy is undiminished, and even though the lead guitar soars like a hawk made of light.

As forecast above, you’ll also discover that the song hits hard, thanks to thrusting bass lines and skull-cleaving drumwork. But it’s the song’s ringing melody and the variations on its theme that are likely to get stuck in the head most firmly. And, well, Panić‘s gargantuan growls will be hard to forget too.