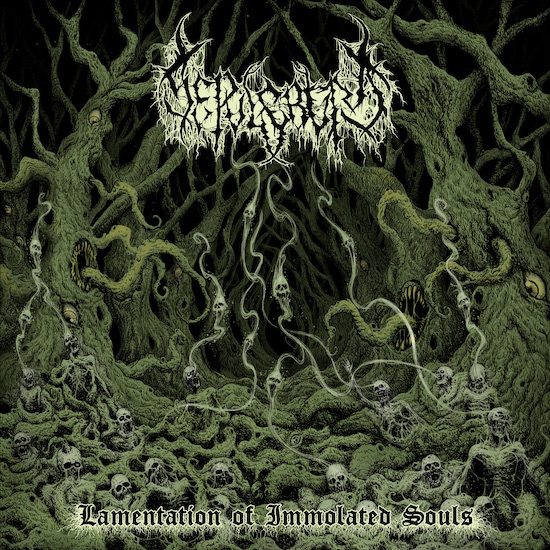 The Chilean death metal band Sepulcrum (from Puerto Montt) made their public recording debut in 2020 with an explosive five-song EP named Corpse Dividing Holes, drawing influence from such classic ’90s death metal bands as Morbid Angel, Deicide, Mortem (Rus), Morta Skuld, Pestilence, and Death. They followed that up with numerous shows in the south of the country, and also turned their fiendish talents to the preparation of a full-length.

That album is now complete and bears the name Lamentation of Immolated Souls. Emblazoned with eye-catching cover art by Francisco Ramírez (Morkt Artist), it’s set for release on March 17th by the cult Mexican label Chaos Records on vinyl, CD, and cassette tape, joined in the release by the Chilean label Burning Coffin Records (CD and tape), licensed by Burning Coffin and Canometal Records. 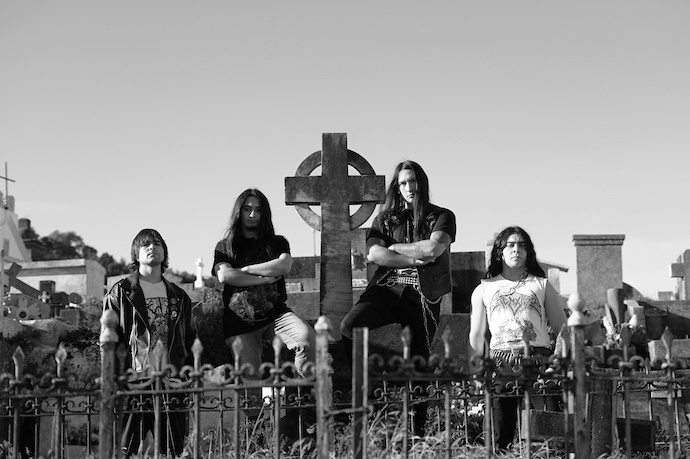 This first strike from the album is absolutely mad, the kind of blazing and mind-boggling mayhem that’s capable of jump-starting hearts (in case you need a defibrillator but can’t find one). The pacing is almost relentlessly frenzied. The bursts of bass-drum mania sound like massed mortars going off at inhuman rates of speed. The bass itself resembles subterranean detonations and the tumbling of lead pipes. High above, the shrill riffing whines, writhes, and darts about in riots of feverish delirium.

The insanity of these vicious seizures of sound is electrifying, and the band also give their sinister and savage escapade an aura of the supernatural, thanks to a reverbed guitar solo that wails and screams like some exultant wraith that’s been freed from the prison of death (and there’s another solo near the end that’s completely freaked out). On top of all that, the lycanthropic vocals attack with their own high-speed rhythmic bursts, teeth bared and remorselessly going for the throat.

What wild and highly addictive fun this is!

The band thank the following people for making the album a reality:

“The recording process was done at Soundpro Studios, in terms of drums and voices by Cristian Bintrup, while the strings were recorded by our friend Víctor Villanueva. The mixing and mastering of the album was done by our friend Benjamín Barrantes, an important element in the Chilean metal scene due to the excellent work he does as a sound engineer. He has worked mixing and mastering bands like NECROLATRIA, EXANIMATVM, PHANTASMAGORE and our splitted-up project CAVERNAL on their album NIGRESCENT.”