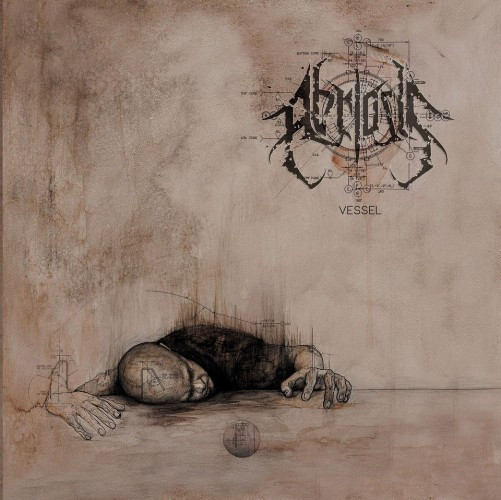 (Below, TheMadIsraeli provides a review of the 2012 EP Vessel by Vancouver’s Abriosis.)

If I told you we had a band on our hands here who brought to the table the genre-bending, fusing duality of Revocation, the noisy, unorthodox, massive dissonance of Gojira, and a take on composition that is very Martyr-esque, I bet you’d shit yourself. In case no one paid attention to them when Islander mentioned them back in his “girl growlers” series (here), Abriosis is that band.

This EP, Vessel, chews up and spits out anything lesser in its path in its short 20-minute run time. Abriosis bring chaos with a contradictory sense of pin-point accuracy and focus that, quite frankly, blows a lot of their current peers out of the water. This is envelope-pushing stuff, even if the territory explored here is nothing terribly new, just an exciting combination of more modern approaches to brutality.

I highly recommend checking this out, and picking it up, whatever you need to do — and it’s easy since the band have just made the EP available for free download via this link. END_OF_DOCUMENT_TOKEN_TO_BE_REPLACED

Here’s the last feature in today’s impromptu mini-series on female-fronted metal bands who are not Amaranthe.

When I started collecting bands for this series, this last post was originally going to be about a Vancouver band called Without Mercy (pictured above). About six weeks ago, I got an e-mail from an NCS reader (David) pointing me to them, and more specifically to the YouTube channel for their female vocalist, Alxs Ness.

But today, when I got the idea of pulling together a handful of female-fronted bands as compensation for that Amaranthe thing and started doing a little homework about Alxs, I found out that at some point over the last six weeks she had become the vocalist for yet another Vancouver band called Abriosis. So, if I’m understanding things correctly, she will be the vocalist for both bands. [CORRECTION: Since posting this piece originally, I’ve learned that Alxs did leave Without Mercy, but Without Mercy is moving ahead with a new vocalist and working on new music.]

Abriosis put out a self-titled EP in 2008 and a debut album earlier this year called Tattered and Bound. Both of those collections were pre-Alxs Ness, so that sort of disqualifies them for discussion in this post. Instead, what I have for you after the jump is an amusing video (complete with some toaster-ball near the end) depicting how Abriosis met their new vocalist, and a second video of the band jamming one of their songs with Alxs behind the mic. Not surprisingly, Abriosis plans to record a new EP next year with the new line-up. Abriosis has a Facebook page here.

Without Mercy released an EP in 2007 called All Else Fails and then a self-titled debut album in 2009, which is available for streaming and purchase via Bandcamp. I like the heady dose of death-thrash brutality I’ve heard so far from the album, and I’m putting up an album stream for you to hear after the jump. But, first things first — the YouTube clip that David sent me featuring Alxs’ vocal cover of “Eaten” by Bloodbath. Elize Ryd, eat your heart out. END_OF_DOCUMENT_TOKEN_TO_BE_REPLACED