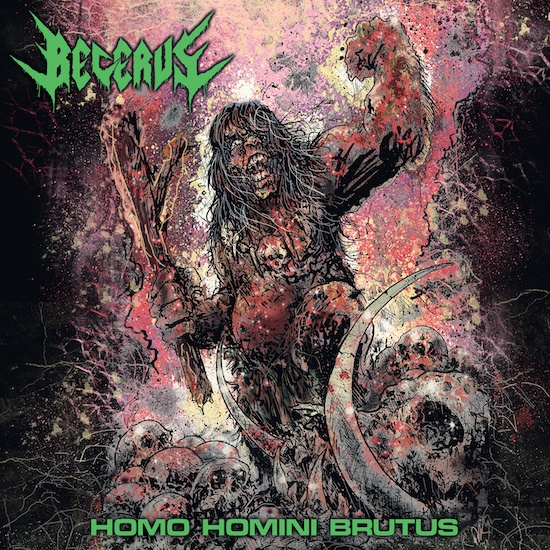 Rising from Palermo, Sicily, Becerus is a new band who openly declare their love for ’90s death metal, and the first demonstration of their devotion is a debut album named Homo Homini Brutus, whose title alone provides significant clues to what Becerus have done with their music. That savage cover art up there, created by Karl Dahmer, provides another significant clue. But an even more tangible clue comes in the form of the album track we’re premiering today.

Before we get to that, you should know that none other than Everlasting Spew Records, who know a thing or two about slaughtering death metal, will be releasing the album on April 30th. The song that has been chosen for the first premiere is “Primeval Ignorantia” — and that’s another title that’s in keeping with part (but only part) of this band’s overall aesthetic (though “aesthetic” is probably too fancy a word for what they do). END_OF_DOCUMENT_TOKEN_TO_BE_REPLACED