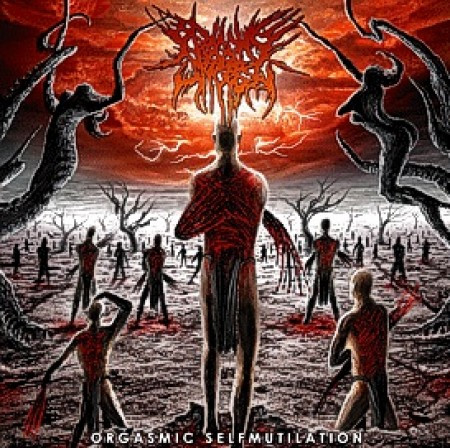 My motivation for reviewing this album by Germany’s Begging for Incest is of course obvious: In our continuing effort to increase site traffic, I’m making a play for people who google-search incest and self-mutilation sites (and thanks go to DGR for this creative marketing tip). That, and I figured that this album would go a long way to balance the NCS scales this week after we loaded up Sunday’s posts with reviews of Lacuna Coil, Brand New, and Giant Squid.

I wasn’t wrong, at least about the scale-balancing thing. Only time will tell whether we get the incest and self-mutilation pervs — though I have high hopes. But on the scale-balancing, this album should sit like a lead weight on the rancid side of the balance arm. If you couldn’t guess from the band name and the album title, it’s a vat of thick, brutal death/slam stew with bones and fresh guts gurgling on the surface and something worse churning down on the bottom.

I have to lead off the description with the vocals, because they’re such a dominant feature of the band’s sound: You get the sound of the pig’s entire life (often within the span of individual songs) — from the frantic squeals of the young piglet wriggling to get to momma sow’s teets, to the rutting young piglet’s first grunts of pig-fucking and orgasmic release, to the belching daily feeds at the slop trough, to the mature pig’s straining groans over a shit that just won’t come easy, to the last shrieks of extremity when his throat gets cut in a jugular spray of gore after he’s been suitably fattened up for the slaughter.

Oh, but it doesn’t stop there. You get the afterlife, too . . . END_OF_DOCUMENT_TOKEN_TO_BE_REPLACED