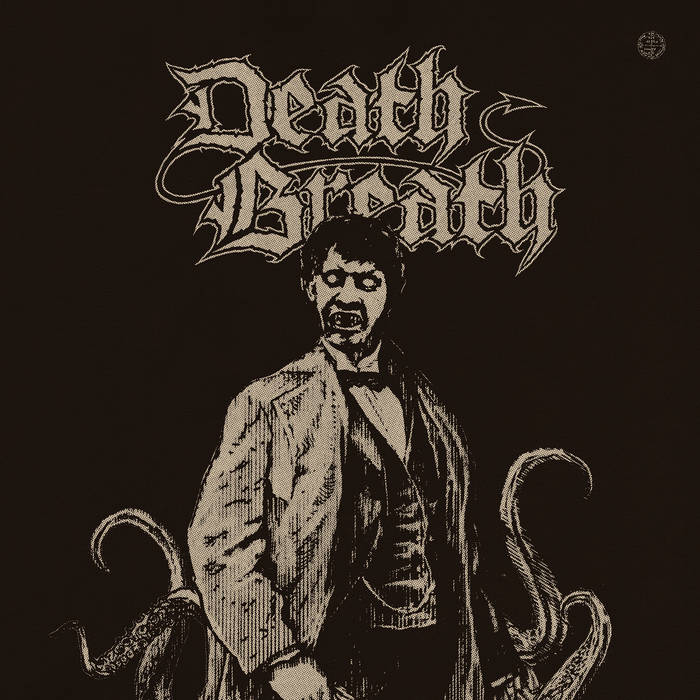 Would one four-song roundup yesterday have been satisfactory? Were two of them too many? Is it overkill to add music from four more bands today, for an even dozen of them? I hear your answers to those questions, all those deafening howls of “NO!!! WE WANT MORE!!!””

It took me almost a week to catch up to Death Breath‘s two-track EP, The Old Hag, but once I did I haven’t been able to get enough of it. It does its dirty work in just a bit more than 7 minutes, which makes it really fucking easy to keep going back to it whenever I need a musical riot to rocket me out of the doldrums and make me feel like fighting the bastard world. END_OF_DOCUMENT_TOKEN_TO_BE_REPLACED 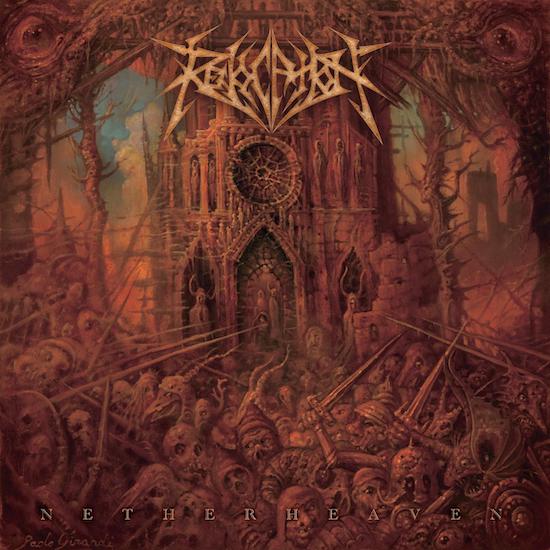 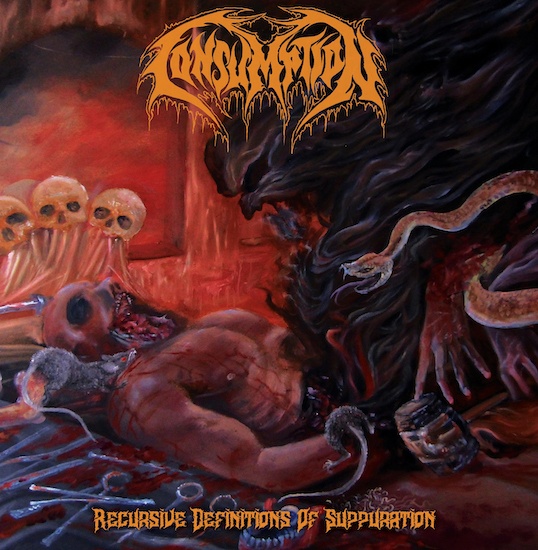 Håkan Stuvemark and Jon Skäre are ever-busy men. Stuvemark’s list of active bands includes Wombbath, Skineater, Reek, Pale King, PermaDeath, and Rex Demonus, each one of them providing a different kind of outlet for his musical proclivities. Skäre has been a fixture in Defiatory and Wachenfeldt, in addition to joining Stuvemark in many of those projects just mentioned. But now the two can add one more project to their resumes, because they’ve joined forced to create Consumption.

This new band, in which Stuvemark performs vocals, guitars, and bass, and Skäre is of course behind the kit, was created under the influence of early ’90s Carcass and some old Finnish death metal bands, most prominently Disgrace. Their debut album is named Recursive Definitions Of Suppuration, and it’s our horrid pleasure to share with you today the opening cut, “Fermented Tissue“, in advance of the album’s September 15 release by Iron Blood and Death Corporation. END_OF_DOCUMENT_TOKEN_TO_BE_REPLACED