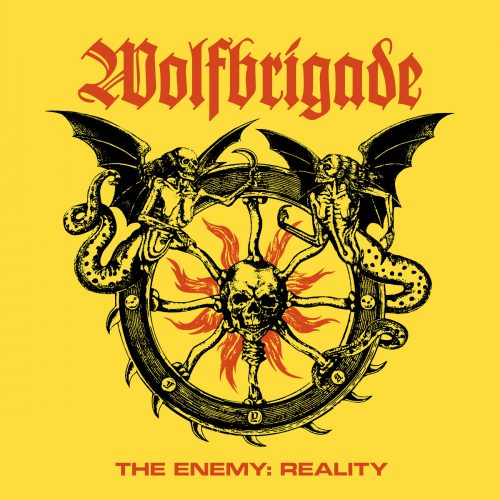 I still have amazing memories of Wolfbrigade’s explosive show at Northwest Terror Fest in Seattle earlier this year, and of getting to spend time with the members off-stage. It was therefore doubly exciting to see September’s announcement that Southern Lord would be releasing the tenth album by these Swedish Lycanthro Punks — The Enemy: Reality — on November 8th. There’s only going to be one “single” from the album in advance of the release, and it was presented yesterday through a music video directed by MeANkind and edited by Henrik Norsell. END_OF_DOCUMENT_TOKEN_TO_BE_REPLACED

We left it to Teddie to decide which bands to see; no doubt she had a lot of difficult decisions to make — and we had difficult decisions of our own in determining which of her images to share with you (they’re all really damned good!). We’re dividing this collection of pics into four parts, one for each day of Roadburn 2018. You can find her photos from Day 1 here, Day 2 here, and Day 3 here. END_OF_DOCUMENT_TOKEN_TO_BE_REPLACED

I’ve been very curious to hear Dysangelium, which is the debut album of Sweden’s Ensnared. Dysangelium will be jointly released by Invictus Productions and Dark Descent on May 12. The first track, which debuted yesterday, is very promising. Its name is “Apostles of Dismay“. END_OF_DOCUMENT_TOKEN_TO_BE_REPLACED 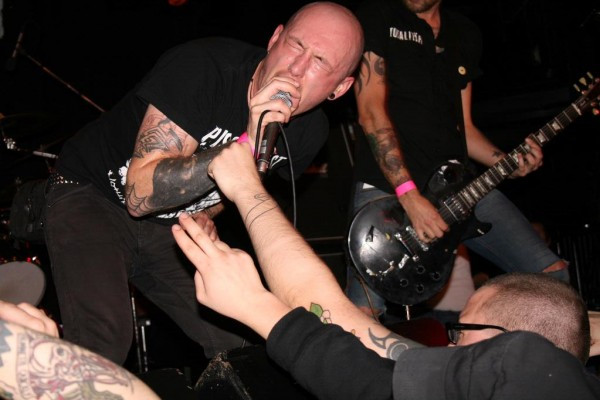 I saw two of these live videos yesterday and one this morning. They involve three of my favorite bands. They are all from S Nations — Sweden, Singapore, and Scotland. I feel compelled to share them.

In the first one, Sweden’s Wolfbrigade throws down hard at the D.I.Y. Fest in Gdynia, Poland, on July 14, 2012. These dudes have been crushing skulls and kicking asses since the mid-90’s (with a break-up in 2004, followed by a revival in 2007), and it’s clear that they still know how to bring it on stage. Their new album, Damned (on the Southern Lord label), is one of my 2012 favorites (reviewed here). To quote myself (always the right way to go), it’s “a boiling stew of d-beat drums, swarming chainsaw guitars, slamming rhythms, and molten guitar solo’s that come for you like grasping alien face-huggers that are a shitload stronger than you are.”

Apparently, one of the factors leading to the band’s dissolution in 2004 was the fact that frontman Micke needed surgery for vocal chord problems and couldn’t sing for at least a year after that. I’d say he’s fully recovered. The sound quality on the new fan-filmed video isn’t pro-quality, but you don’t need that to feel the power of this performance.

The second video is Singapore’s awesome Wormrot performing at the Obscene Extreme Fest in the Czech Republic, also in mid-July (Wolfbrigade performed there, too). This video captures the band’s entire 30-minute set. It will grind your pointy heads down to a nub.

And finally, I have a last-minute addition to the post: video of Scotland’s Cerebral Bore playing at the first show of SUMMER SLAUGHTER 2013 at L.A.’s House of Blues on Friday night. Vocals by Som, always surprising. END_OF_DOCUMENT_TOKEN_TO_BE_REPLACED 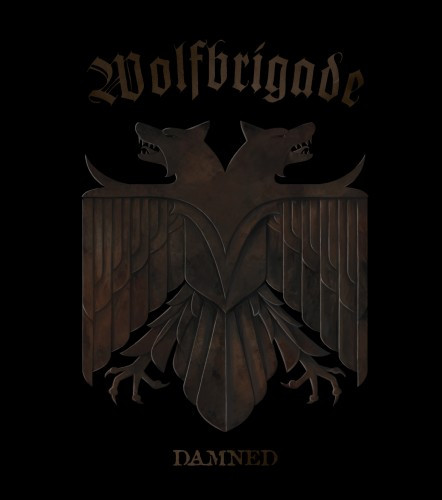 Tomorrow, April 24, Damned will be released in North America by the increasingly can’t-miss Southern Lord label. It’s the latest riptide to be unleashed by a venerable Swedish band who haven’t lost the reflexes or the bloodlust that inspired their first music in the mid-90’s. Wolfbrigade remind us about the vital contribution of punk to death metal, but Damned is no history lesson. It’s an explosive, immediate, vibrant album that’s a hard boot to the ass.

I’ll come back to the rest of the band in a minute, but I have to start with what infected me from the beginning of this album: The vocals of Micke. His voice sounds like it’s been regularly bathed in a concoction of napalm, sandblaster grit, and pure grain alcohol from a backwoods still. It’s abrasive, pissed-off, and bleeding from a dozen raw wounds. It’s all smoke and shrapnel, and it lights up this music like a free-fire warzone at midnight.

The vocals suit the music, because Damned is one raw skin-scraper after another, and they leave no time to breathe — 12 songs in under 35 minutes. The majority of the tracks are a boiling stew of d-beat drums, swarming chainsaw guitars, slamming rhythms, and molten guitar solo’s that come for you like grasping alien face-huggers that are a shitload stronger than you are. END_OF_DOCUMENT_TOKEN_TO_BE_REPLACED