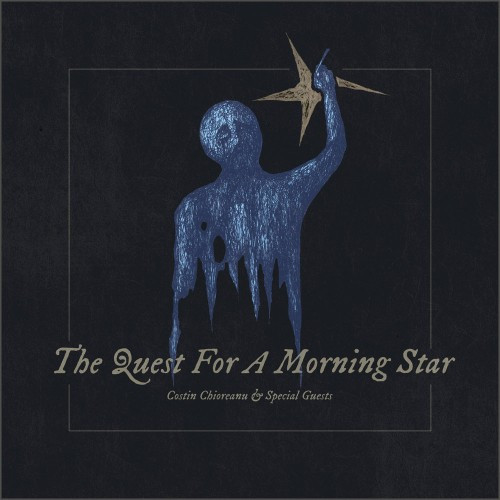 To raise funds for the victims of the tragedy (for both medical bills and funeral expenses), the noted Romanian graphic artist and musician Costin Chioreanu, whose name will be familiar to readers of this site, has released a collection of music entitled The Quest For A Morning Star via Bandcamp, and I think it’s worth your time and your money. END_OF_DOCUMENT_TOKEN_TO_BE_REPLACED

“The Night Eternal” is one of my favorite tracks on At the Gates’ latest album At War With Reality. Honestly, it’s probably my favorite track on the album. So I was excited that the band released an official video for the song a couple of days ago, and even more excited when I realized that the video consisted of an animation by Romanian graphic artist and musician Costin Chioreanu. And it truly is a wonderful creation. Costin wrote this about the video: END_OF_DOCUMENT_TOKEN_TO_BE_REPLACED

Costin Chioreanu is probably best known in metal circles as an incredibly talented graphic artist whose work appears on the covers of a wide array of excellent albums (including releases by At the Gates, Sigh, Arcturus, Mayhem, and Darkthrone). But he’s also the vocalist/guitarist of a Romanian band named Bloodway, whose fine debut album Sunstone Voyager and the Clandestine Horizon was released on February 27th 2014, by I, Voidhanger Records. END_OF_DOCUMENT_TOKEN_TO_BE_REPLACED 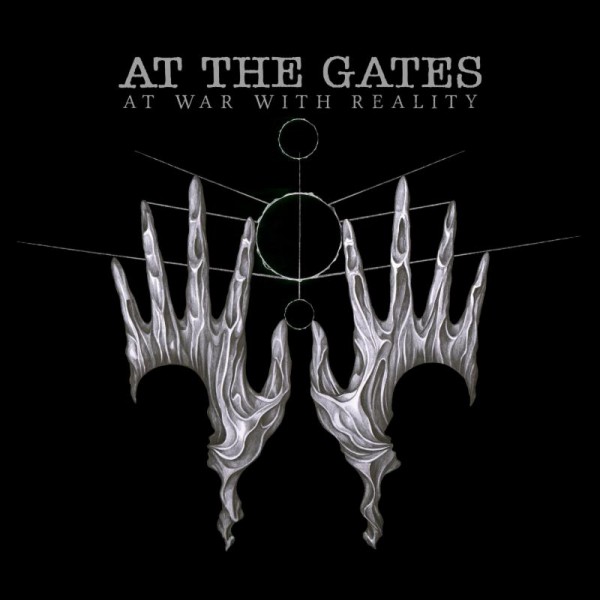 We have three music premieres coming your way today, but before we begin rolling them out, here are a couple of quick notes that caught my eye this morning.

Unless you’ve been living under a rock, you know by now that Sweden’s At the Gates have recorded a comeback album entitled At War With Reality that’s due for release by Century Media on October 27th in Europe and October 28th in North America. Today the band revealed the cover art for the album (above), which was created by one of our favorite metal artists, Costin Chioreanu (twilight13media.com). As for the relationship between the art and the album, and how Chioreanu came to be involved in the project, we received a press release that included these statements.

“The concept of At War with Reality is based on the literary genre called ‘Magic Realism’. The main style within this genre is the notion that ‘reality’ is ever-changing, and needs to be constantly re-discovered and re-conquered. We felt that Costin’s artwork style would be the perfect visual contribution to this album, so he became the natural choice…” END_OF_DOCUMENT_TOKEN_TO_BE_REPLACED

The combination of screeching feedback, massive guitar and bass tone, and crisp, rapid-fire percussion grabs you within the first half-minute — and the song just gets even better from then on. The writhing guitar melody, the truly titanic chugging, the cavernous vocals, the obliterating drumwork — it all combines to exert a powerful, primal appeal, and an atmosphere drenched in bleakness. Fantastic song. END_OF_DOCUMENT_TOKEN_TO_BE_REPLACED

I find it very difficult to be very refined in writing about music like this. In my case, the capacity for careful dissection and articulate analysis go up in a mushroom cloud of obliteration, and Endstille don’t strike me as a band who care terribly much about refined criticism anyway. The song is a black metal detonation that fills the air with shrapnel and the screams of the dismembered (or that may be Endstille’s vocalist, it’s hard to be sure). END_OF_DOCUMENT_TOKEN_TO_BE_REPLACED 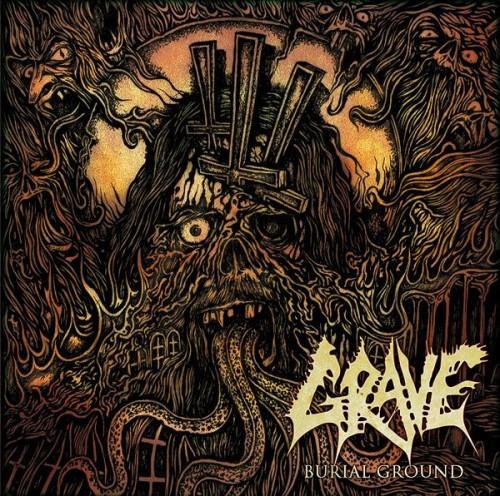 But if the sound of those Swedish death-saws isn’t music to your ears, then you ain’t gonna like Burial Ground, because there’s no escaping them.  (more after the jump, including a track to stream and some eye-catching artwork . . .) END_OF_DOCUMENT_TOKEN_TO_BE_REPLACED