I find it very difficult to be very refined in writing about music like this. In my case, the capacity for careful dissection and articulate analysis go up in a mushroom cloud of obliteration, and Endstille don’t strike me as a band who care terribly much about refined criticism anyway. The song is a black metal detonation that fills the air with shrapnel and the screams of the dismembered (or that may be Endstille’s vocalist, it’s hard to be sure).

This dense, dark battle cloud of razoring guitars, pile-driving bass, and ack-ack drumming have hooked me hard. See what you think.

Kapitulation 2013 is available for pre-order here. 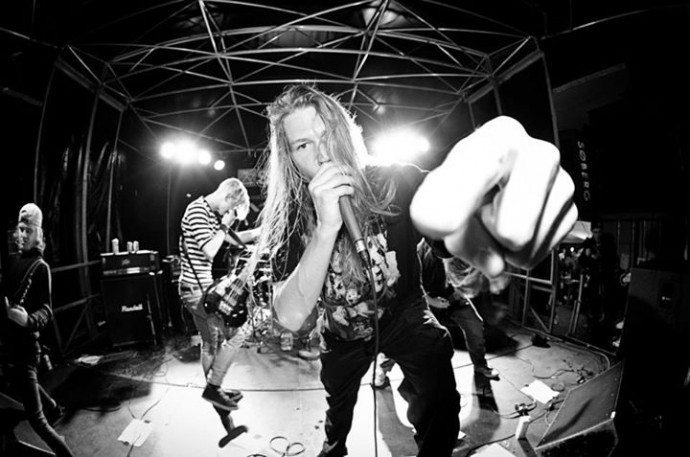 To recap: I came across this Danish band in May for a MISCELLANY post and featured a new Crematoria song named “Hellbound” (which is destined to appear on a forthcoming EP). In an update to that post I noted that the band had recorded a music video for the song, performing the piece along with a string quartet. To be specific, the name of that group is The Live Strings; they were originally formed for a tour with Danish artist Rasmus Seebach in 2011, and since then have played more than 100 concerts with a host of artists, including the likes of Kanye West.

At the time of that earlier post I had found a video of the recording session shot with a smartphone, but yesterday the video itself premiered. It is so damned cool. On the left you have some lovely ladies in gowns wielding classical stringed instruments. On the right you have a bunch of metal dudes in band shirts wielding implements of death (death metal, that is). Together, this unusual pairing have created something that’s a whole lotta fun to see and hear. 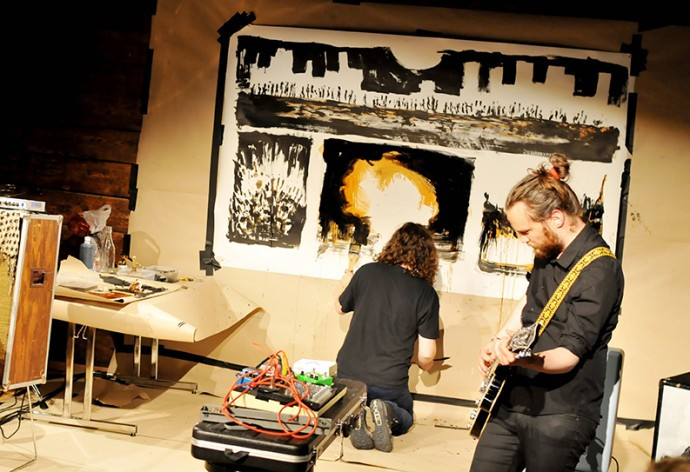 Speaking of unusual pairings, next we bring you Norwegian metal band Solstorm and graphic artist Kim Holm. I’m pretty sure I first paid serious attention to Solstorm after reading Andy Synn’s January 2013 review of their self-titled debut album. I’ve been a fan of Kim Holm for a little longer, since discovering the amazing art he created for each of the songs on Sólstafir’s Svartir Sandar album (collected here).

Thanks to a tip from Mr. Synn I discovered a video of Solstorm performing live at last weekend’s Raptus Comics Festival in Bergen, Norway, while Kim Holm created a painting behind them — in between bouts of headbanging. Crushing to hear and damned cool to watch. 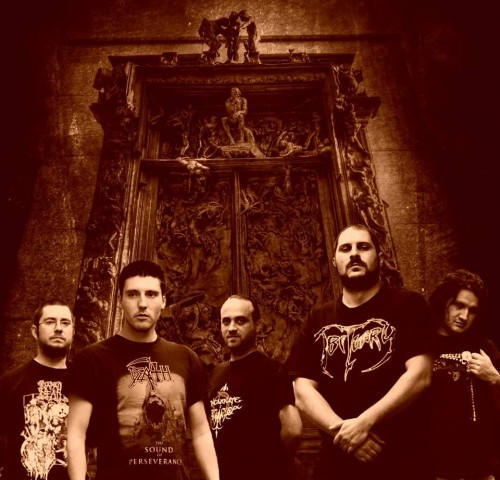 Sincarnate are a Romanian band whose music I discovered for the first time through the just-released music video you’re about to see. The featured song is the title track to a forthcoming EP named Nothing Left To Give. The song itself is quite good — a blend of jagged, battering-ram death metal, ethnic melody, and eerie, doomed atmospherics.

The pairing comes in this video created by Costin Chioreanu of Twilight 13 Media, whose visual work we’ve spotlighted frequently at this site. The imagery is bleak, disturbing, and eventually gruesome, but I couldn’t look away. You’ve been warned. 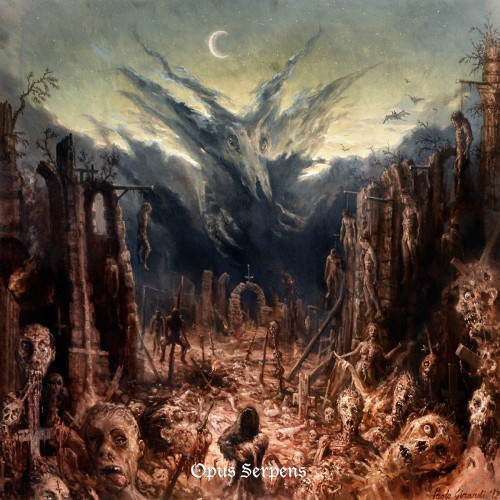 One final pairing for this post. Last May we had the pleasure of premiering (here) a song by Swedish black metal band Mephorash that was going to appear on a then-forthcoming split entitled Opus Serpens with Philadelphia’s excellent Ashencult. As of today, the split is being released on 10″ vinyl by Unholy Anarchy Records, in both silver and black colors. Each copy will come with a custom patch and a poster of the killer cover art by Italian madman Paolo Girardi. You can see the details here:

Also, since we did that premiere, the split has appeared on Bandcamp, where both tracks can be streamed (and vinyl orders can be placed there too). Listen below: