Winged Waltz is the name of the fifth album by these beautifully gloomy Swedes, and it will be released by Agonia Records on April 22. Here is the brand new lyric video for the first advance track from the album — “Sleepless Sun”: END_OF_DOCUMENT_TOKEN_TO_BE_REPLACED 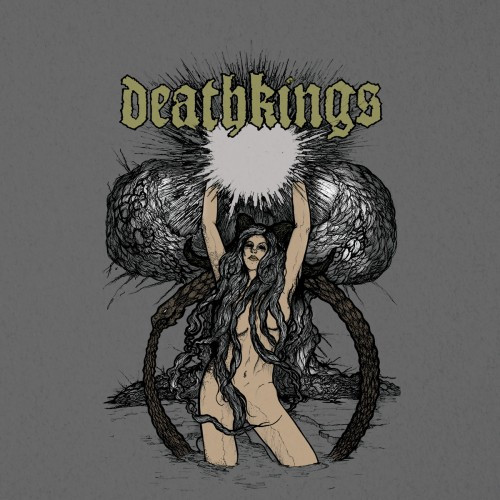 Deathkings are from Los Angeles but you wouldn’t know it to hear their music. Surf, sunshine, and palm trees don’t enter into it. The local landmark that probably best suits the music’s atmosphere are the tar pits at La Brea.

Deathkings recorded their debut album Destroyer in 2011. It originally consisted of three long tracks, each song in the 10-15 minute range. The album has now been re-mastered for a vinyl release by LA-based Midnite Collective, with those three tracks converted into four. Today we’re premiering “Martyrs (Vol. I)”, which was originally part of one of the original long tracks that has now been divided.

The riffs in the song are thick, fuzz-bombed, tarry beasts that generate the kind of resonance you feel in your guts. They pound, hammer, and writhe in a mid-paced rhythm, and together with the crushing drum beats, they’ll make your head move. Vocalist Nicholas Rocha sounds like he’s in the throes of genuine agony, driving home the bleak, blasted atmosphere of this strangely seductive music. END_OF_DOCUMENT_TOKEN_TO_BE_REPLACED