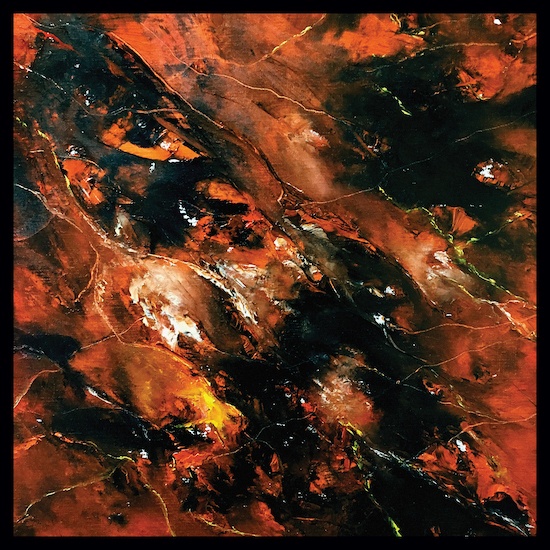 Perhaps because I often confuse “numinous” with “luminous“, I resorted to a dictionary to be sure about the meaning of the former before listening to the Jordablod album we’re premiering today. And in doing that I saw this explanation:

“Numinous is from the Latin word numen, meaning ‘divine will’ or ‘nod’ (it suggests a figurative nodding, of assent or of command, of the divine head). English speakers have been using numen for centuries with the meaning ‘a spiritual force or influence.’ We began using numinous in the mid-1600s, subsequently endowing it with several senses: ‘supernatural’ or ‘mysterious’ (as in “possessed of a numinous energy force”), ‘holy’ (as in ‘the numinous atmosphere of the catacombs’), and ‘appealing to the aesthetic sense’ (as in ‘the numinous nuances of her art’).”

I also found a quote by CS Lewis about the meaning of numinous that I also think is worth sharing — but not until after we’ve considered The Cabinet of Numinous Song, which you’ll be able to stream now, just a few days before its January 24 release by Iron Bonehead Productions. END_OF_DOCUMENT_TOKEN_TO_BE_REPLACED

With their first album, Havulinnaan, Havukruunu proved very quickly that they were something special. Two years later, they have produced Kelle surut soi, which was released by Naturmacht Productions on April 29th (yesterday). Anyone who might have worried about a sophomore slump can perish those thoughts — they’ve managed to surmount a debut that was itself spectacular. END_OF_DOCUMENT_TOKEN_TO_BE_REPLACED

I spotted the magnificent artwork by Elijah Gwhedhú Tamu at the top of this post, and quickly pasted it on our Facebook page, a few weeks before I, Voidhanger Records announced that it would adorn a new album by Lo-Ruhamah. But now we know that, and we know a few other things about the release. END_OF_DOCUMENT_TOKEN_TO_BE_REPLACED