(Andy Synn takes time out of his busy schedule to catch up with an album he’s been dying to write about for some time, namely the debut album from Disso-Tech upstarts Klexos)

So here’s the thing… originality is overrated.

Don’t get me wrong, when something does come along which truly moves the needle, shifts the paradigm, or [insert zeitgeist-y term here], I’m usually right up there with everyone else, marvelling at how brilliant it is and wondering how no-one thought to do… whatever it is… before.

But originality isn’t, or shouldn’t be, everything – being original doesn’t necessarily make you good, for one thing – and the way it’s often fetishised has led me to encounter some very odd people/statements online over the years (for example, did you know that since Gorguts exist that any band who plays in 4/4 or uses standard song structures no longer counts as “real” Death Metal?).

Let’s face it, we’re all, ultimately, the sum of our experiences, our influences, and our environment. This is especially the case if you’re a musician, because who you are as an artist is largely shaped by the music which inspires you. Not just in the way it colours and dictates your listening preferences, but in how it actively alters how you listen to and understand – and, in turn, create – music.

Which I suppose is a long-winded way of getting to the point and saying that while Apocryphal Parabolam, the debut album from Lexington, Kentucky’s Klexos may not be a wholly original affair, that doesn’t mean it doesn’t still have a certain spark of something – call it inspiration, call it individuality – which makes it well worth listening to.

END_OF_DOCUMENT_TOKEN_TO_BE_REPLACED

“Obfuscâre Veritas”, the first song now up for streaming from Apocryphal Parabolam, the new album by Kentucky’s Klexos, is dissonant and deranged, twisted and ever-twisting, brazen and brawling — and generally berserk. The vocals display a lot of harrowing dynamism as well. The song exhibits impressive technicality, which is necessary, given how wildly and rapidly the music veers and careens. It will also give you a vigorous beating, which you probably deserve. END_OF_DOCUMENT_TOKEN_TO_BE_REPLACED 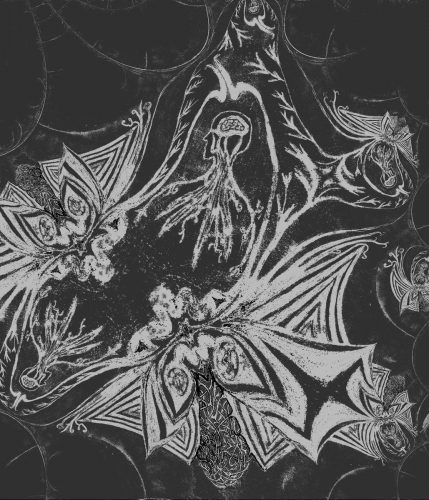 (We continue the rollout of Austin Weber’s ongoing series devoted to reviews of 2017 releases we haven’t previously covered. You can find Part 1 here, Part 2 here, Part 3 here, and Part 4 here.)

Now we return yet again to dark and eerie death metal with the 2017 demo from a new project based out of Lexington, Kentucky known as Klexos. The group plays within the murky and dissonant death metal style on their 2017 demo, but does so with more of a groove and doomy feeling to it that gives the two songs on this release their own vibe. END_OF_DOCUMENT_TOKEN_TO_BE_REPLACED