To begin, let’s consider “Strange Nebula“. You won’t need a telescope, merely your ears and an open mind. END_OF_DOCUMENT_TOKEN_TO_BE_REPLACED 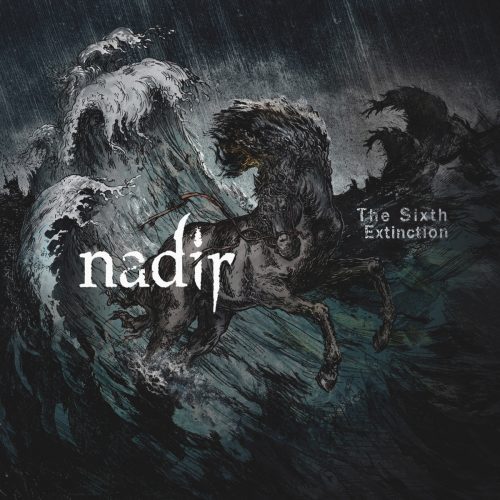 The heavy Hungarian band Nadir’s roots extend back into the mid-90s. Inspired by such groups as Bolt Thrower, Entombed, and Crowbar, they’ve released five albums since 2005, along with a handful of shorter releases. And now their sixth full-length, The Sixth Extinction, is set for release on December 4 by GrimmDistribution (Belarus) and NGC Prod (Hungary). Two singles from the album have previously premiered, and now we bring a third one, in the form of a lyric video: “Fragmented“.

Nadir’s last album, 2015’s Ventum Iam Ad Finem Est, was a concept album, and the new one is as well, and could be considered a continuation of the themes developed in the last one, which itself concluded with a song called “The Sixth Extinction”. The new one addresses “the present massive, human induced wave of extinction of species on Earth”, citing “environmental destruction, pollution, diseases, invasive species and overhunting as its main causes”. END_OF_DOCUMENT_TOKEN_TO_BE_REPLACED