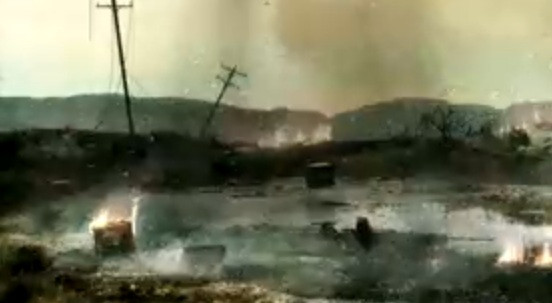 We’re not superstitious. The fact that this is the 13th installment of our Most Infectious song list means nothing to us. Hotels skip the 13th floor, but only the weak-minded would skip from Part 12 to Part 14 on a list of songs. In fact, just to show how un-superstitious we are, we’re doubling down by including The Cube in this 13th part.

We did make sure our wills were in order before publishing this post. That’s not superstition. That’s just being prudent. Because The Cube is not superstition. Its existence is a documented fact. So is the uncontrollable destruction it causes. But more about that later.

Now, let’s get on with the first song we’re adding to our list — and if you’re new to this series and want to understand what we’re doing, read this and check out the other songs on the list by visiting the Category link on the right of this page called MOST INFECTIOUS SONGS-2010.

Noctiferia is a long-running band from The Republic of Slovenia whose 2010 album, Death Culture, we reviewed in July, summing up our reaction with these words: “Noctiferia takes a rock-solid foundation of syncopated death metal, adorns it with everything from industrial to ethnic stylings, and then sets the whole thing on fire in a spirited romp. Noctiferia blazes with speed and fury, but prays at the altar of groove.”  (more after the jump . . .) END_OF_DOCUMENT_TOKEN_TO_BE_REPLACED

(more after the jump, including a track to hear and a video of “Demoncracy” . . .) END_OF_DOCUMENT_TOKEN_TO_BE_REPLACED