(more after the jump, including a track to hear and a video of “Demoncracy” . . .) 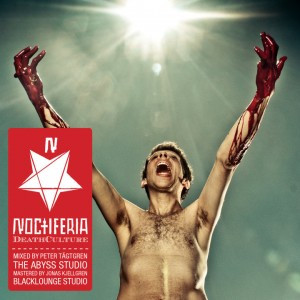 The album launches with an excerpt from a speech by John F. Kennedy, with a martial beat in the background that builds in volume until Meshuggah-esque rhythms kick in as the instrumental gives way seamlessly to the second song, “Terror”. That song careens ahead, intent on spinning your head all the way around with rhythmic complexity, but injected with a subtle synthesizer melody as companionship for the mid-range howling of Gianni Popowski‘s outstanding vocals.

“Delluders and Followers” picks up seamlessly where “Terror” ended — more bat-out-of-hell percussion and flashy riffing, more blowtorch vocals, more ambient keyboards soaring over the top — and a sample from a famous speech by Robert Oppenheimer, one of the fathers of the atomic bomb.

“Monarch” backs down the tempo a few notches at the start, but it turns out to be just as furious, just as intricate in its construction, just as head-hammering in its groove, as the songs it follows. And right in the middle, the time signature shifts, a blistering guitar solo kicks in, and keyboard orchestration emerges to lend the song a distinctly evil air.

“Demoncracy” follows “Monarch” — but more about that later. 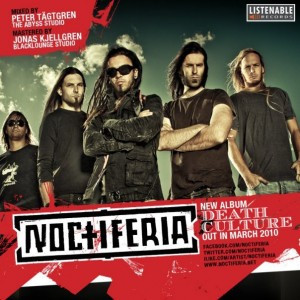 Compared to most other songs on the album, “Slavedriver” is dramatically stripped down, fast and brutal, and constructed out of convulsively techy riffs and a simple melody. “Rust” includes eastern-sounding guitar solos sprinkled across more jet-fueled propulsiveness, with an ominous, keyboard-enhanced melody and a catchy-as-hell dominant riff, and “Non Individuum” combines a machine-gun verse structure with a soaring chorus melody and an ambient synthesizer outro.

“Catarsis” mixes the barreling riffs and pneumatic percussion with long keyboard melodies, while “Demagog” plumbs the depths of brutality with a nasty Immolation-style lead riff, a salting of deeper gutturals in Popowski’s vocals, and Mach 1 blast beats.

Of all the songs on the album, the closing track, “Samsara” has the most ethnic feel, with at least three percussion tracks that include tribal pounding on the toms and a tablas, plus hand cymbals, an oriental melody in the riffing and the keyboards, and clean guest vocals that underscore the eastern motif. It’s a song that’s easy to get completely lost in. 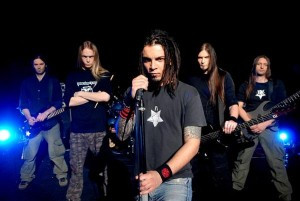 We said at the outset that Death Culture stands as a modernized contrast to the kind of raw, primal, simplified death metal that a band like Grave delivers. It includes programmed instrumentals, vocal samples, keyboards — and it’s the product of cutting-edge production. Some old-school “purists” may turn up their noses. We, on the other hand, think this album kicks ass from beginning to end.

We had a hell of a time deciding what song to feature for your listening pleasure, but finally settled on “Demagog”. Not quite as melodic as most of the other tracks, but it’s a titanically rifftastic motherfucker.

If you liked that song, four more from the album can be heard on the band’s MySpace page (here).

We also promised you a video, and we don’t lie.

“Demoncracy” is the song that’s the subject of Noctiferia’s first video from Death Culture, and it’s a bit of on outlier compared to the rest of the album. It’s got much more of an industrial-metal feel to it, and a heavy rock beat, but damn is it fun to hear! Guitarist and programmer Igor Nardin filmed and edited the video himself, with some post-production assistance from a friend, and it’s interesting to watch. Check it out:

Death Culture has been out in Europe since March, and you can buy it at Listenable Records online. It’s scheduled for a U.S. release on July 27, with North American distribution by E1 Entertainment. Watch for it.