No secret that we are big fans of this Swiss band. Also no secret that we’ve been very curious about the contours of the band’s next album. Andy Synn tried to pry some details from the band’s main man CSR in this interview last month — and received these cryptic answers: END_OF_DOCUMENT_TOKEN_TO_BE_REPLACED

I’ve collected here new music from three bands. As suggested by the title of this post, the songs have something in common, though they are different in other respects: They all include certain instrumental elements that are very, very fast. Your hair may be singed. The skin on your face may bubble like a broiled fetus. You may void your bowels. I myself only experienced the last of these effects, but I thought it best to provide a complete set of warnings.

Damn, but I surely do love that album cover, don’t you? It’s a collaborative effort between Polish artist Tomasz Alen Kopera, whose work I’ve featured about a dozen times in the daily art posts on our Facebook page, and the band’s vocalist, Alex Hofmann. The album’s name is The Flesh Prevails and it’s due for release by Unique Leader on July 22.

What I heard yesterday was a new song named “Carved From Stone”. It’s an interesting song. Certain instrumental tracks are moving at about 1,000 mph. The kick drums eject shells at the rate of am M134 minigun, and the riffs whip like hurricane winds and pummel like a jackhammer. On the other hand, Mr. Hofmann growls his lyrics as if patiently telling a bedtime story, presumably to a brood of orcs. And the lead guitar carefully unspools an eerie atmospheric melody like a coil of razor wire. END_OF_DOCUMENT_TOKEN_TO_BE_REPLACED 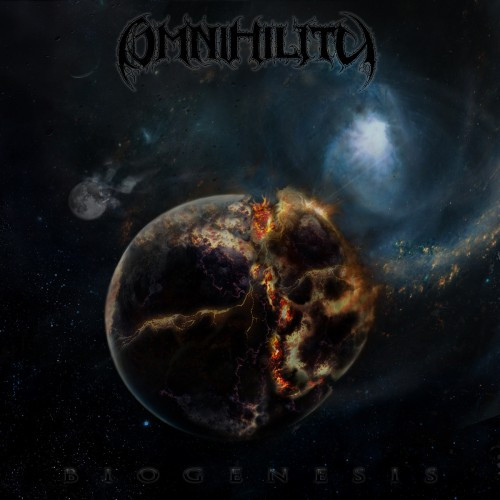 After almost four years of hit-or-miss experimentation, we’ve arrived at the glorious 60th edition of MISCELLANY. I wish I could tell you that I have something red-hot and extra-special lined up to celebrate the occasion, but that’s not the way MISCELLANY works. The way it works is that I randomly pick bands I’ve never heard, I listen to a song or two, I write my impressions, and I stream what I heard so you can make up your own minds.

All of which means that when I picked the following bands I didn’t know what they would sound like or whether they would be worth a damn: Omnihility (U.S.), Dejadeath (Spain), The Slow Death (Australia), and Elision of Animus (Portugal).

I know I’ve heard this band’s name before, but I’m also pretty sure I never listened to their music until deciding to make them my first stop on this MISCELLANY tour after receiving a message from the band. They’re from Eugene, Oregon, which I confess warmed my heart, since I know they’re going to be enduring the same dank Pacific Northwest winter that I am, or something very close to it. END_OF_DOCUMENT_TOKEN_TO_BE_REPLACED