My compatriot DGR wrote of Necronautical‘s latest album that it’s one “you’ll be buckling up for as wave after wave of black metal buttressed by a healthy dose of keyboard synth washes over you in an attempt to drag you under the tide”. He also wrote that “it’s also easy to understand how they band would make the title track one of the keystone songs of the disc”: END_OF_DOCUMENT_TOKEN_TO_BE_REPLACED 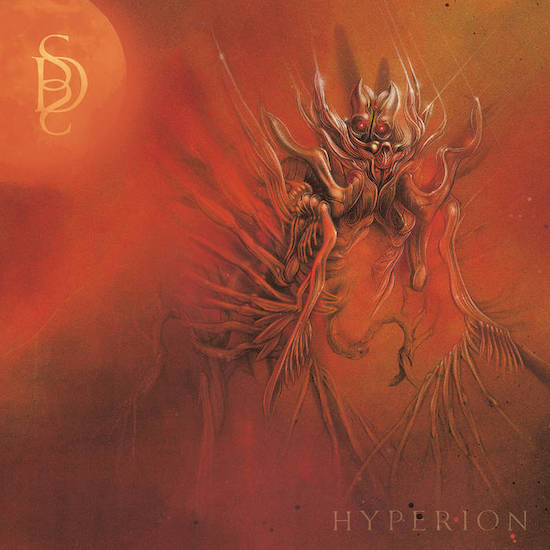 (This is DGR’s review of the debut album by the French band Sol Draconi Septem, which was released in March of this year.)

The genesis of this review happened some time ago and it is one that has been long simmering.

Believe it or not, it was actually our featuring of the prog band Wheel – of whom I’m a fan – in one of our round-ups a while back that was the ‘something different’ which caused the re-activation of dormant neurons that led to where we sit right now. In our round-up we covered their song “Fugue”, which is a peaceful interstitial number in between two much larger tracks on their latest album Resident Human, and our editor mentioned that the song had been inspired by the Hyperion Cantos series of books by Dan Simmons.

There are actually a few songs throughout Resident Human that take cues from those books, but it was that mention which reminded me that in one of the many metal rabbit holes I have a tendency to tumble down I had come across another group who also pulled inspiration from that series: the French space-prog/black-metal hybrid of Sol Draconi Septem and their early-March release of the aptly titled Hyperion.

If anything, I figured that if the admittedly excellent Wheel release wasn’t our usual reader fare, then the plumbing of the depths of space and all things synth that happens during the forty-five-or-so minutes of Hyperion probably would be. END_OF_DOCUMENT_TOKEN_TO_BE_REPLACED