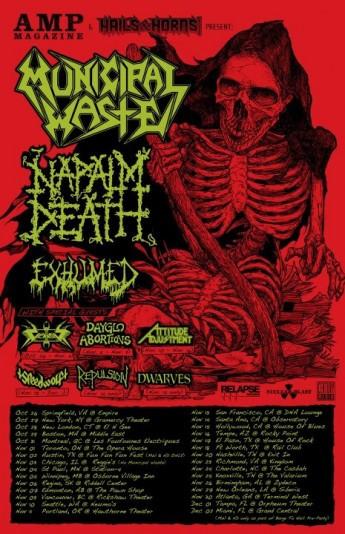 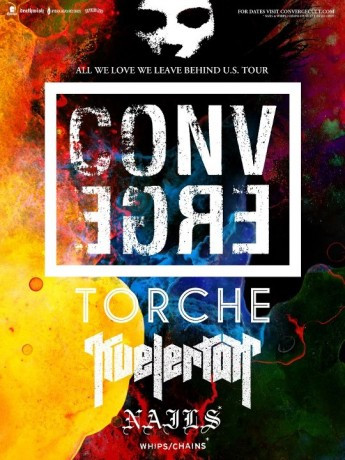 Here are two new tours that metallic denizens of the U.S. and Canada should know about, both of which were announced today. One is co-headlined by Napalm Death and one by Converge. And what a nice coincidence that is, since not long ago we got a Napalm Death / Converge split release, from which we’ll play some music after coughing up the tour details . . . Also, both tours are stopping in Seattle, which makes me all smiley.

This tour is actually billed as a co-headline gig by Municipal Waste along with Napalm Death. I decided to put only Napalm Death in the headline mainly because it fit better with the recent release of that split. Exhumed is also along for the ride as direct support, which makes this tour even more awesome. But that’s not all! Depending on the dates, one of the following four bands will also be performing: