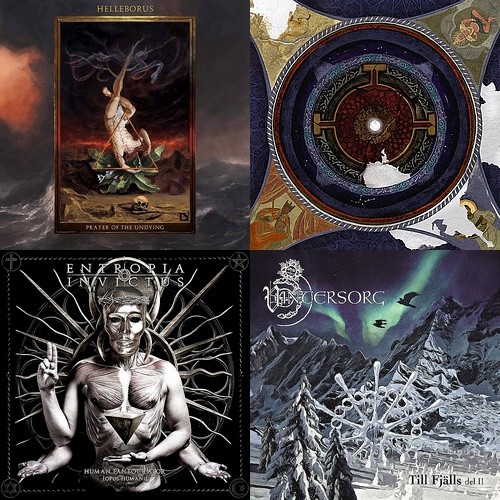 By the way, I’ve sunk to new depths, and enrolled with the herd of sheep. So for those who care to give a fuck, this cunt can also be found on Facebook now. With this self-advertisement I likely can’t get any lower, so let’s fire up the engines and soar into mighty metallic sceneries. END_OF_DOCUMENT_TOKEN_TO_BE_REPLACED

(Andy Synn wrote this review of the new album by Sweden’s Vintersorg.)

So it’s probably worth starting out this review by clearing something up. When Vintersorg (Andreas Hedlund and Mattias Marklund) announced that they were going to release an interlinked quartet of albums, each based on one of the four classical elements, I’m sure that a lot of you, like myself, initially expected each one to be quite different from the others, as befitting the divide between the elements themselves. Something akin to the way Thrice explored very different tonal and musical textures with The Alchemy Index I-IV, perhaps.

Well, we were wrong about that it seems. With the release of the first two albums, Jordpuls (“Pulse of the Earth”) and Orkan (“Hurricane”), which dealt with the elements of earth and air respectively, it became clear that the band’s core sound – a melding of archaic, folkish melody and blackened, progressive metal – remained enviably focussed and largely unchanged.

That’s not to say there weren’t differences between the two albums, of course. Jordpuls certainly possessed a certain earthy flavour and an ageless tone, while Orkan captured the flighty, intangible nature of the wind remarkably well with its ethereal song structures and skittering flutes. But, ultimately, neither was a major shift in style or sound for the band. And that’s ok. They weren’t meant to be.

Really, this whole experiment is more about filtering and refining the established Vintersorg sound in interesting, incremental ways, than it is about altering it wholesale. It’s about changing the little things, the small shifts in focus or delivery, adding a few deft touches and artful rearrangements here and there, all designed to re-envision the band through a different, elemental lens. END_OF_DOCUMENT_TOKEN_TO_BE_REPLACED

ACxDC are from SoCal. The last time I wrote about them was almost two years ago, soon after one of vocalist Sergio’s newborn twins (Savina) had to have surgery to repair a hole in her heart. After many short releases, they finally have recorded a debut album named Antichrist Demoncore. Yesterday an advance track from the album premiered. Its name is “Destroy Create”. It’s a powerviolence assault, both searing and crushing, and maybe more complicated than you might be expecting. END_OF_DOCUMENT_TOKEN_TO_BE_REPLACED 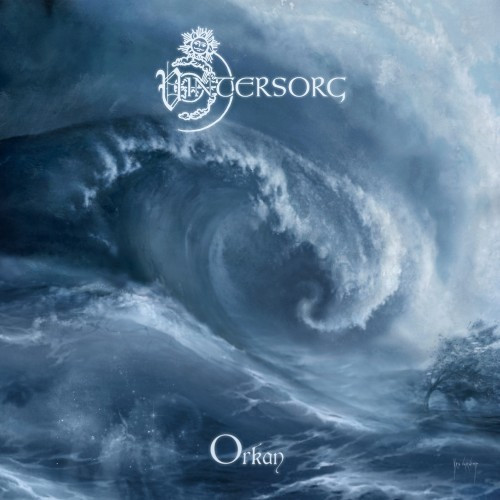 (In the following review, Andy Synn assesses the new album by Sweden’s Vintersorg, which is set for North American release on July 10 by Napalm Records.)

A new Vintersorg album? Already? Well that’s always good news. And what’s even better is that Orkan continues the blackened folk vibe re-established first on Solens Rotter and then carried over to Jordpuls.

To be brutally honest with you, back when Vintersorg announced his participation in Borknagar (for 2001’s Empiricism) I was becoming concerned that the line between the two bands was starting to blur – the shinier, proggier stylings of Cosmic Genesis (still one of my all-time favourite albums) and its two successors weren’t all that far removed from the sounds of Empiricism and Epic. It didn’t help that Mr V’s vocals are amongst the most instantly recognisable in metal, often dominating proceedings and serving to tie the two groups a little too tightly to one another, giving neither the necessary room to breathe.

But all that changed with the release of Solens Rotter. A three-year break between albums saw the duo of Vintersorg and Marklund redefine their priorities to produce the first in what has turned out to be a return to the more rustic, folk-ish melodies and earthen black metal atmosphere of their earlier works,  musical miles away from the soaring, Pink Floydian blackened prog of Borknagar. Last year’s phenomenal Jordpuls continued the trend, actively improving on Solens Rotter in nearly every way, and now we are once more gifted with a new piece of blackened folk art in the form of Orkan. END_OF_DOCUMENT_TOKEN_TO_BE_REPLACED