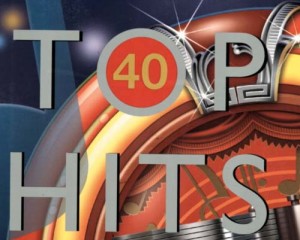 A couple days ago, we reported on Decibel magazine’s (premature) publication of its “Top 40 Extreme Albums of 2009” and gave you the list of 40.  Many more “Best of 2009” metal lists will soon be appearing on the netz and the newsstands.  Why do people create these kinds of lists and why do we read them?  Music is a matter of personal taste.  These lists represent the personal tastes of particular critics and fans, no more or less valid than my favorites or yours.  So what’s the fucking point?  I’m not sure there is a fucking point, but I’ll make a stab at it.

One reason I like to read these lists is to learn about metal that’s new to me.  I spend an extreme amount of money buying new extreme metal releases (I’m happy to download music for free, but only if the band or its label hasn’t given me an option to pay for it – but that’s just me.)  But I’m still always missing out on shit I would like if I knew about it.  The writers and editors at Decibel collectively listen to a much bigger and more varied collection of releases than I do, and if they think something I’ve never heard is good enough to be included in a Top 40 list, then I’m at least tempted to check it out.

For example, their top 20 includes 3 bands I’ve heard of but never heard – Cobalt (#5), YOB (#16), and The Atlas Moth (#20).  Based on the accompanying Decibel write-ups, I doubt these bands are going to give me the kind of buzz I want from metal, but I’m going to check em out anyway.  The bottom 20 also include bands I’ve never listened to, and some I’ve never even heard of.  But I’ll probably at least sample their stuff on MySpace.

Human nature being what it is, some people also probably read these “Best Of” lists for validation.  We see albums we like on a “Best Of” list and it somehow makes us feel like our preferences are more righteous.  I don’t know why anybody feels that way — particularly headbangers, who generally pride themselves on not giving a fuck what anyone else thinks.

On the other side of the coin, when we see albums on a list that we think suck, or we see a band we consider mediocre ranked higher than one of the gods in our personal metal pantheon, some of us want to torch the perpetrator of the list in print.  Venting makes the world go round, and stirring up shit is one way that mags and bloggers generate interest and keep their community engaged.

Though really, what do people think they’re accomplishing by insisting (for example) that it’s fucking turd-minded for Decibel to rank Goes Cube’s album above the latest from Suffocation, or Immortal’s newest above Goatwhore’s, or to name Baroness’s Blue Record the best release of the year — or to leave off the list altogether the 2009 releases of bands like Hypocrisy, Revocation, Buried Inside, August Burns Red, Behemoth, Pelican, Dying Fetus, Shrinebuilder, Stonecutters, Malefice, Man Must Die, Darkest Hour, Impending Doom, Vader, Viatrophy, Xerath, Reign Supreme, Iron Age, and Suicide Silence?

After all, it’s just a matter of personal taste.