In the case of Ke$sha (and I really don’t want a case of Ke$sha), her ridiculously popular song “Tik Tok” has recently prompted an electronic discussion among Elise at Reign in Blonde, me, and some articulate people who’ve been posting comments at RIB, about that “us against the world” attitude that infuses metal bands and metal fandom and causes some of us to look down on pop music (or even more broadly, all non-metal music) as shallow and inferior.  I think it’s a discussion worth continuing.  (more after the jump)

First, I’ll let Elise speak for herself (her whole post is great, these are just some excerpts):

I appreciate this comradery we have.  I guess the point I was trying to make is that I wish we as a musical community could put this whole “METAL AS A REBELLION AGAINST SOCIETY” thing behind us.  I understand that’s sort of how this genre got started, but the approach feels so outdated to me nowadays. . . .

I never got into metal because I was mad at the world. . . .  I just liked metal because it was more complex, emotionally intense and expanded my understanding of what music could be.  I honestly see it as more empowering, positive, and energetic than it is angry and violent…even if some of it is totally loud and brutal.  But that doesn’t mean I don’t like listening to other more “accessible” stuff, too.

. . . I’d rather enjoy the music I like because I LIKE it and not because I HATE the other shit in the jukebox. . . .

Fair enough.  You certainly don’t have to hate the world to be a metalhead. And I would be the first to agree that the strengths of the music stand on their own, without any need to explain or measure those strengths by comparison to any other kind of music. We don’t need to put down anything else to know what we have or to know why it’s special.

I suppose, by the same token, if I want to criticize an artist like Ke$ha or a song like “Tik Tok,” I can do that based on their own merits (or lack thereof) without having to compare them to metal. If they’re bad, they don’t get worse through the comparison.

I also agree that people who like metal don’t deserve to become objects of derision within our scene because they like other kinds of music too, or because they don’t “look or act the part.” We should be bigger than that. 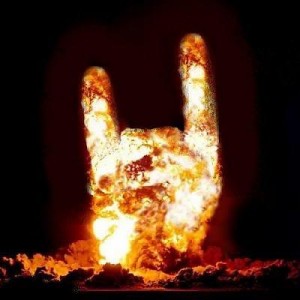 So, if I’ve got any disagreement at all with Elise and others who’ve posted comments in accord with her views, it’s this: There are elements of anger, rebellion, and separation from the conventional world that are inherent in lots of extreme metal music and really can’t be filtered out of the music without turning it into something else.

I’m not saying extreme metal is the only music that’s intense, emotional, or honest. But in the case of extreme metal, I think those qualities are particularly rooted in that “Metal As Rebellion Against Society” thing that Elise hopes we can put behind us (and I say that with the utmost respect for her and RIB). 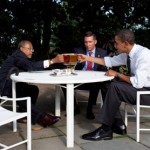 ‘Nuff said for today. I suppose there’s a risk our readers are going to get bored with this dialogue, but I sorta hope it doesn’t stop.

P.S. I finally managed to get “Tik Tok” out of my head. A dose of Guantanamo Bay City Rollers did the trick. I feel so much better now.

P.P.S. Thanks to Joseph Strombladder, who’s comment on RIB helped me figure out how to express what I was feeling about the topics above.