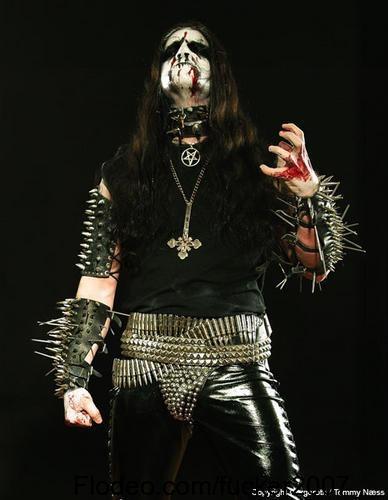 September 2007:  Without the knowledge of Gorgoroth founder Infernus, Gaahl and King file trademark paperwork in the Norwegian patent office to claim ownership of Gorgoroth‘s name and logo.

December 2007: Norwegian patent office awards trademark rights to Gaahl/King. “The battle is over,” Gaahl told Revolver. “Neither I nor Gaahl is thinking about it at all at this point,” King added. “It’s over. It’s all over.” Regain Records vows to support Infernus and backs his challenge to the trademark award. 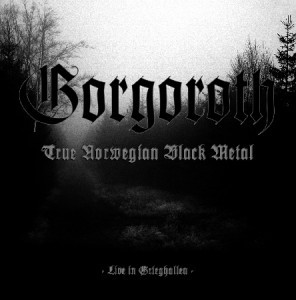 June 2008: Regain releases True Norwegian Black Metal – Live in Grieghallen. According to a press release, the CD was recorded live at Grieghallen in Bergen, Norway by Eirik “Pytten” Hundvin and featured Infernus on bass and guitar, Gaahl on vocals, and Garghuf on drums.

July 2008: Gaahl and King go to court in Sweden and apparently obtain a preliminary injunction stopping the marketing and sale of the Live in Grieghallen album until the court resolves the Gaahl/King claim that the release of the album required their consent, which was not given.

March 2009: Infernus apparently wins his lawsuit.  According to a posting on his MySpace page:  “The court has decided that King ov Hell‘s trademark registration of the band name GORGOROTH is NOT valid and shall therefore be deleted. The court states that King ov Hell and Gaahl excluded themselves from the band GORGOROTH when they tried to fire Infernus in October 2007. The court further states that Infernus cannot be excluded from GORGOROTH, unless he himself decides to quit.”

June 2009: Current Gorgoroth frontman Pest re-records the vocals on True Norwegian Black Metal – Live in Grieghallen, and those vocals are to be used in place of Gaahl‘s original vocals for a planned re-issue of the album.

December 2009: The Swedish court finally decides the dispute over Regain‘s release of Live in Grieghallen.  But what exactly did the court do? Depends on who you believe.  To be specific:

February 9, 2010: First up, here’s the statement posted by King and Gaahl on the MySpace page of God Seed, their post-Gorgoroth project:

“On December 17, 2009, authorities in Malmö, Sweden decided in favor of King and Gaahl in their case brought against Regain Records for the unauthorized release of GORGOROTH‘s ‘Live in Grieghallen’ album. Regain Records has been found to have broken their contract withKing/Gaahl on numerous accounts, has been forbidden by the courts to sell this album in the future and has been ordered to pay all legal costs and compensation in the case.

“In anticipation of the verdict, Regain Records filed bankruptcy to Lund Tingsrett in Sweden and was declared bankrupt on December 8, 2009 (Regain Records and Entertainment AB corporate identity number 556689-1825). Peter Överman from Ackordcentralen, Sweden is named as liquidator and is now working on getting an overview of Regain‘s financial situation as well as handling the claims from Gaahl and King on unpaid royalties, among other claims.” 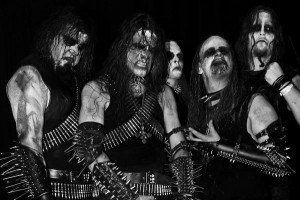 February 10, 2010: And now, here’s the statement from Regain Records, posted on its MySpace page:

“Due to misleading rumors being spread through GOD SEED‘s MySpace page regarding the bankruptcy of Regain Records, we would like to clarify to all who have contacted us recently that Regain Records is not in bankruptcy.

“Furthermore, Regain Records is very content with the fact that we are still working with the band GORGOROTH and the fact that we choose to support the rightful owner of the trademark, namely Roger Tiegs (a.k.a.Infernus). This has always been our main priority during the various legal proceedings which have involved GORGOROTH in one way or another.” 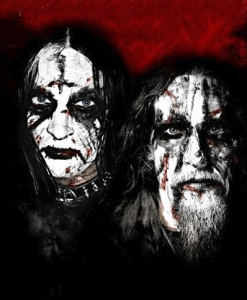 February 10, 2010: Gaahl and King then posted the following reply on the God Seed MySpace page:

“Concerning Regain Records and their statement about the ‘Live in Grieghallen’ court decision: The statement made regarding the court decision over ‘Live in Grieghallen’ can be verified as a matter of record. God Seed stands behind the statement made by MySpace blog on February 9, 2010 as true and correct. Facts regarding Regain Records bankruptcy filing can be verified on public records at this web address. Regain’s bankruptcy filing occurred prior to the court decision and their reasons for filing are strictly their own.”

Uh, something does not compute. Who won the trial? Does it or doesn’t it affect Regain‘s ability to sell Live in Grieghallen — which by the way still doesn’t appear available for sale via Regain or any of the usual third-party sellers. Does Regain owe royalties to King or Gaahl or not? Is Regain in bankruptcy or isn’t it?

Would someone please read Hideous Gnosis and tell us if they have a paper on this subject?

We think we’ve figured out at least one thing after all this nonsense: Gorgoroth and God Seed may still be putting out good music, but it seems like the people involved have pretty well forfeited any right to claim they’re trve, kvlt, grymm, or krieg. Sheesh!