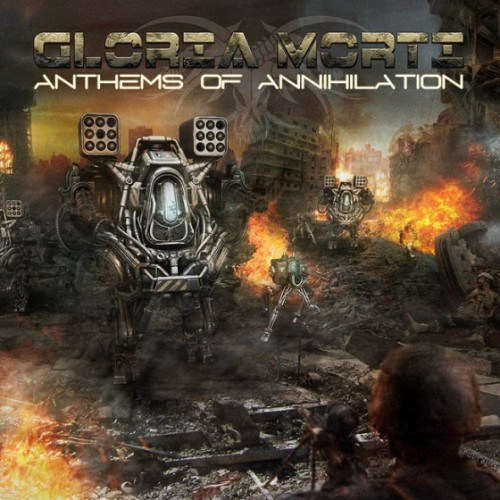 Here in the U.S., we’re in the middle of Labor Day weekend, a 3-day break that culminates in Labor Day tomorrow. Most Americans probably don’t know the history of the holiday, or maybe even the fact that it’s intended to celebrate the labor movement (only about 12% of salaried workers in the U.S. still belong to a labor union). It’s simply viewed as a sign that summer has ended, football season is about to start, and school is resuming.

Most people spend the holiday taking it easy, goofing off, partying, enjoying the break. Here at NCS, we’re still working away like demented bees, or ants, or some kind of mindless insectile creatures that just mindlessly work until they mindlessly die. That’s how much we care about you. So we sure hope you get something out of the posts this weekend, because if you don’t, we’ll feel even stupider than we really are. Yeah, we know that’s tough to imagine, but still.

So today we have part two of the MISCELLANY post we began yesterday, finishing off the log of new music or videos we randomly checked out in a recent exploratory session. Yesterday, we left off with Synapse Defect. Today, we resume with Gloria Morti (Finland), and finish up with Steven Wilson (Kingston-Upon-Thames, Hemel Hempstead, Tel Aviv, London), and Resistant Culture (U.S.).  (music and video after the jump . . .) 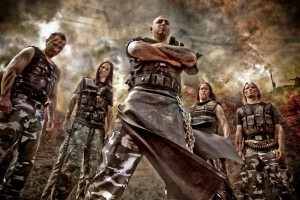 Gloria Morti is another band who sent us a MySpace friend request, and they’re from Finland. And you know what that means. It means I had to go listen to their music. As I’ve said before, it’s a well-known scientific fact that something in the Finnish environment mutates one out of every two unborn Finnish children into naturally gifted metal musicians.

Gloria Morti released their third album, Anthems of Annihilation, on July 30, via a German label called Cyclone Empire. When I landed on their MySpace page, I punched the first song on the player, “Awakening of A Discordant Machine”, which is off that new album.

And that song nearly tore my head clean off. Non-stop, whumping double-bass; anthemic, tremolo-picked guitars roaring like a fire consuming all oxygen in the building; a brief but riveting guitar solo; and a mix of death-metal growls and hair-raising black-metal shrieks. The music occupies that dark borderland between death- and black metal, and it is damn good shit! Here’s the song I heard:

While I was over at YouTube finding this track for the blog, I couldn’t help but listen to another song from the new album called “Obey” — and man, am I glad I did. More of the same head-ripping power, awesome vocals, and dark seams of melody. I may like it even more than the first song. Here’s what it sounds like:

Anthems of Annihilation is available from Amazon and from Cyclone Empire. I can hardly wait to listen to the rest of the album —  but for now, on with the tour. 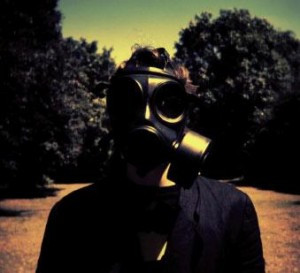 After listening to Gloria Morti, I paused briefly to see what was happening on Facebook, and saw a comment from one of the dudes in Maine’s Last Chance to Reason that referred to a video of a song by someone named Steve Wilson. So, impulsive fool that I am, I clicked on it — which by the rules of MISCELLANY makes it part of this post.

The video is for a song called “Harmony Korine”. It’s not the kind of metal we listen to or cover on this site. It’s not really metal at all, at least as I think of metal. It’s deeply melodic, proggy music with clean singing. It moves from soft, dreamy passages to more strident noise.  I have to admit that I liked it.

And the video — well, the video is really interesting to watch, and as bizarre as it is, it somehow suits the music. The song is from an album released last year called Insurgentes.

By the way, I didn’t recognize the name Steven Wilson, so I investigated. I guess I should have known who he was.  Turns out he’s the founder, guitarist, singer, and songwriter of Porcupine Tree and has been involved in numerous other projects. The latest news is that he’s working on a collaborative album with Mikael Åkerfeldt, (Opeth), which will also involve Mike Portnoy from Dream Theater. Should be very interesting. 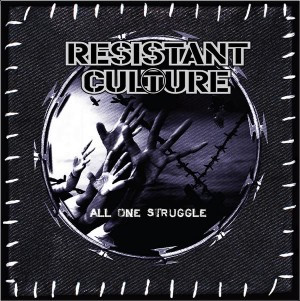 Well, that was too pretty. After that, I wanted something a lot rougher. I found it.

We got a MySpace friend request from this L.A. band, and I put them on the list of bands to check out for this MISCELLANY thing. On their MySpace page, in that little box that asks bands to describe what they sound like, Resistant Culture wrote: “Tribal grindcrust with native american traditional chanting, flute, and gourd mixed with Doom, Discharge, Napalm Death, Bolt Thrower, Ministry, etc.”

They also seem to take seriously the idea that the earth will face an apocalypse in the year 2012, most likely caused by a massive solar flare

They’ve got two albums to their name, the most recent one being 2008’s All One Struggle, and they’re nearing completion of tracking for a new album, to be called The Sacred Hall of Mirrors.

Needless to say, I really didn’t know what this was going to sound like. I randomly picked a song off their MySpace player called “Beneath the Concrete”, which is from that 2008 album. I was kinda looking forward to the native american chanting and the gourds, but what I got instead was like a grind-paced version of Entombed or Grave: Raw, distorted, viciously sawing, downtuned guitars; deep death-metal gutturals; and a buzzing, tremolo-picked lead in the chorus. I thought it was hot shit!

Resistant Culture: Beneath the Concrete

More information about the band and how to get their music can be found on the official Resistant Culture web page at this location.

I also found a performance video of the song “Sentient Predator” from the band’s first album, Welcome to Reality. This one does include native American chanting, the rhythm of a gourd, and lots of crust-punk ferocity. Seems to me, based on scant evidence, that the band’s sound is evolving. Or maybe it’s always been a mix of styles. Either way, I’m looking forward to hearing the rest of All One Struggle as well as that new album that’s about to be born.

Well, that’s the end of this post. Time to go fuck off for a while, because it’s the Labor Day Weekend and fucking off is what we’re supposed to be doing. But before very long, we’ll be back working like demented insects so we can have something new for you tomorrow.