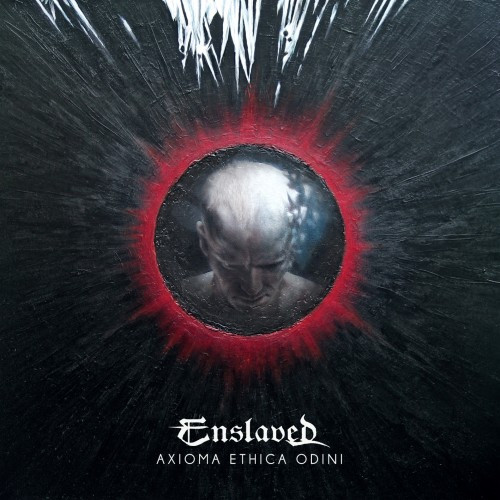 Today we have two more additions to our list of most infectious songs.  Just in case you’re visiting NCS for the first time today, read this if you want to know our definition of “most infectious” and visit the Category link on the right of this page called MOST INFECTIOUS SONGS – 2010 to see and hear the other 22 songs we’ve named to the list so far. And to cut the suspense and get to the point, today’s songs are from Enslaved and God Dethroned.

Sometimes we don’t review albums because we know they’re going to be swamped with critical attention from all quarters, including net sites and magazines with massively larger audiences than we have here. Those albums don’t need our help, and so usually (though not always) we tend to focus more on bands that might slip under the radar of those other media outlets. And so it was with the 2010 release from Enslaved.

The absence of an NCS review didn’t mean we were meh about Axioma Ethica Odini. Far from it. In our opinion, the album was one of last year’s highlights. We weren’t alone in thinking that.  Several of our guest contributors who provided Best of 2010 lists for us — including Fredrik Huldtgren and Andy Synn — also raved about the album.  (more after the jump, including those tracks we like so much . . .) 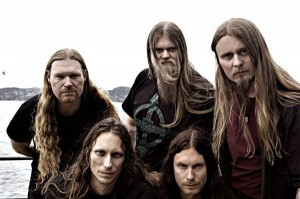 About all I could manage was to spout off about the first track from the album that Enslaved made publicly available back in early September. In my typically eloquent fashion, I wrote this about “Ethica Odini”:

The song is 8 minutes of tremolo-picked awesomeness. I didn’t even mind the clean singing in the choruses or in the beautiful two-minute finish, which includes a soaring, pure guitar lead. It inserted itself under my skin like . . . like . . .like . . . uh . . . Crap, simile fail.  What inserts itself under your skin?  Got it!  A splinter!  The song inserted itself under my skin like a splinter! Fuck, that’s not right.  You want to get splinters out, but I don’t feel that way about this song. Well, something will come to me.

Man, that was some weak shit. Not one of my better journalistic moments. And my judgment hasn’t improved since September; I still haven’t figured out how to end that under-the-skin simile — though the song is still stuck under there.

Anyway, the song is awesome, and it really speaks for itself. So I’ll shut up and just let you hear it: 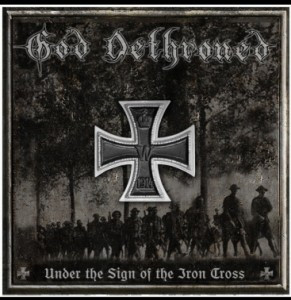 I did review GD’s 2010 album, Under the Sign of the Iron Cross. Man, did I review it, with many, many words (here, if you have about a half hour with nothing better to do). In a nutshell, I said: “It’s simply brilliant — a raw, ravaging assault on the senses that’s also loaded with infectious riffs and dark melodies.” If I’d had enough determination and energy to make a list of 2010’s Top 10 albums, the album would be on there.

Now, that doesn’t necessarily mean that there’s any one song on the album that would qualify as one of the 30 most infectious metal songs of the year. A song can be brilliant without being so catchy that you immediately start moving when it launches and continue to run it through your head even after the music has stopped.

But there are a lot of songs on Under the SIgn of the Iron Cross that have that effect — in addition to being just brilliant songs about very serious topics. Our favorite for the most infectious song on the album (though it wasn’t an easy choice) is this one: