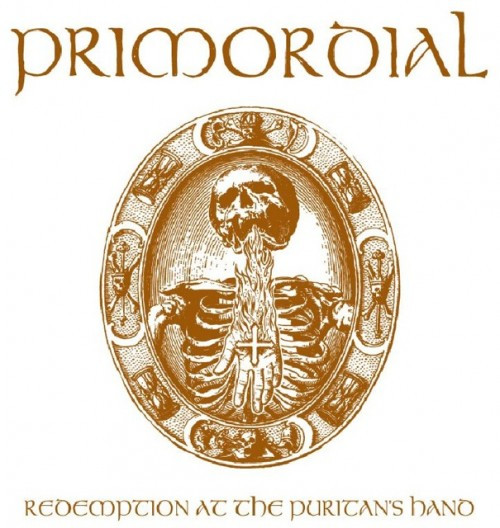 In recent weeks we’ve written about two up-and-coming Irish black-metal bands — Wound Upon Wound and Eternal Helcaraxe. But today we have the pleasure of providing for your aural delectation a new track from Primordial — arguably Ireland’s finest black/folk band. The song is called “Bloodied Yet Unbowed”. It’s from their new album Redemption At the Puritan’s Hand, which is scheduled for release on April 26 by Metal Blade. It will be the band’s first album in four years.

Here’s what Primordial’s vocalist Alan “Nemtheanga” Averill has said about the album:

“Expectations, my friends, expectations! Yes, it contains rabble-rousers and hooks and choruses, memorable themes and dynamics but also it has darkness in spades. It has grit, filth and foreboding. Dark sweeping tragedy as always mixed with blood stirring defiance!

“The recording, of course, was booked during what has turned out to be one of the worst winters in living memory in Europe. Leaving Ireland at -15 to travel to a -20 Wales, trudging through feet of snow, slipping on black ice and basically having our bollix frozen off for three weeks left me thinking next time I’m going to record in the Bahamas and fake all this grimness. For good measure, I got what looking back must have been swine flu recording the vocals. In fact, some I can’t remember recording, I was so out of my head on painkillers and energy drinks. Suffering for your art is overrated, believe me.”

That may be so, but if suffering is what it takes to create a song like “Bloodied Yet Unbowed”, then more bands must suffer. (more after the jump . . . including a link to the song)

To paraphrase my collaborator BadWolf, who brought this new song to my attention, Primordial understand better than most bands the tasteful use of melancholy; the primary emotion of their music is sorrow. As I listen to this song, I hear anguish but also defiance.

Unfortunately, I can’t embed the song player here. But this is THE LINK to a player that will allow you to hear it. “Give me one thing to live or die for . . .” 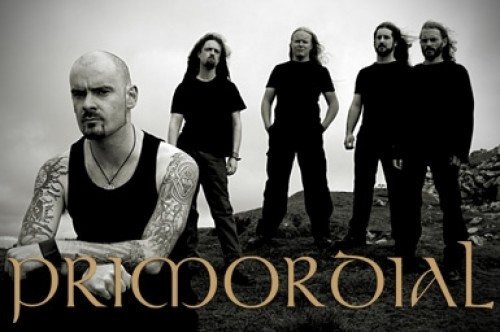 8 Responses to “PRIMORDIAL: BLOODIED YET UNBOWED”