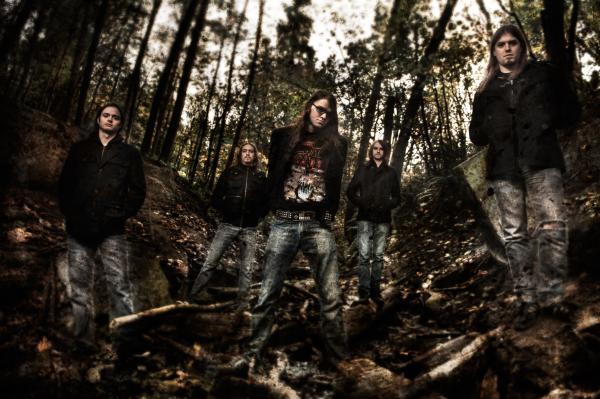 Last week you may have seen, either here at NCS or elsewhere, the announcement of the line-up for this year’s SUMMER SLAUGHTER tour and the chance to vote for the band that will fill the last slot on the tour. One of the 10 bands on the voting ballot is a Seattle group with whom you may not be familiar. So, allow us to introduce you to 7 Horns 7 Eyes.

We first saw this band in early 2010 when they opened for Hypno5e, Revocation, and The Binary Code at the Seattle stop of the METAL AS ART tour (reviewed here), and then we saw them again on other occasions, including their supporting slot on a tour featuring The Dillinger Escape Plan, Darkest Hour, and Animals As Leaders (reviewed here), and at the 2010 edition of THE FINNISH METAL TOUR (which we described here). Every time, they wowed us with their music and their live performances. Here’s what we said about their performance with the Finns:

This was the third time we’d seen these dudes this year as local support for a national tour, and they continue to impress in a big way. Every time we hear them, we adjust the description of their music, but we think we’ve just about got it down now: technical, somewhat blackened, melodic mathcore progressive death metal. Got that?

This is music you can get lost in just as much as you can bang your head to it. It’s a creative blend of styles that works really well, and their live playing continues to be sharp as tacks. We’re hungry for the album they’ve got in the works.

Well, that album — Throes of Absolution — is about to get a bang-up release, because last week it was announced that the band have been signed by Century Media, with the European release being handled by Basick Records. One song from the forthcoming debut album is available for streaming, and you can hear it after the jump . . .

The new song is called “Vindicator”. It’s a melodic, mid-paced attention-grabber that includes Meshuggah-esque rhythms, progressive guitar leads and solos, and bestial vocals. Check it out: 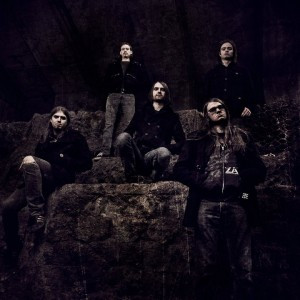 And now, a few more pieces of news:

The times when we saw 7 Horns 7 Eyes live, they featured two pairs of brothers — Aaron and Brandon Smith (guitar/backing vocals and bass, respectively) and Kyle and Ryan Wood (vocals and drums). At some point last year, Kyle Wood and the band parted company, and Throes of Absolution will now feature new vocalist JJ “Shiv” Polachek, whose addition to the band was announced last December. Unfortunately, we missed his live debut with 7H7E on December 18 at Seattle’s El Corazon. His vocal style differs from Kyle’s, and it ups the brutality quotient of the music.

Also worth noting is that Jeff Loomis, the guitarist of Nevermore, will be making a guest appearance on the new album.

7 Horns 7 Eyes will also be included in a line-up of bands playing at the Revolver Magazine Golden Gods Official Pre-Party on April 19th at the Key Club in Los Angeles, and it looks like that appearance will be part of a West Coast tour, so metalheads outside the Northwest will get an introduction to what these dudes can do on stage.

When we have more info about the release date and distribution channels for Throes of Absolution, we’ll let you know. In the meantime, here’s a short album sampler with a few more tastes of what Throes holds in store for us: