Here’s another daily round-up of news and new music that I noticed today. All of these items perked me right up, so I thought I’d share them.

Compared to other metal blogs, we’re late to the Thy Catafalque party, but we’re making up for lost time because the unique music of this Hungarian band has been a cool discovery (you can see our first post about them here).  We knew that the band had recently signed with the dependable Season of Mist label, but this morning we got a message from Tamás Kátai with further details.

Specifically, the band seems to have finished 60 minutes worth of new music (10 songs) that will be released on November 11 in Europe and on January 10, 2012 in North America. It will be entitled Rengeteg, and you can see the cover art up above, which is the result of a collaboration between Tamás and Portuguese photographer Ruy Luz. The art seems connected to the meaning of the album’s title, which is an obsolete Hungarian word referring to a vast, trackless forest. We’ll be all ears when this album becomes available for listening.  (more after the jump . . .) 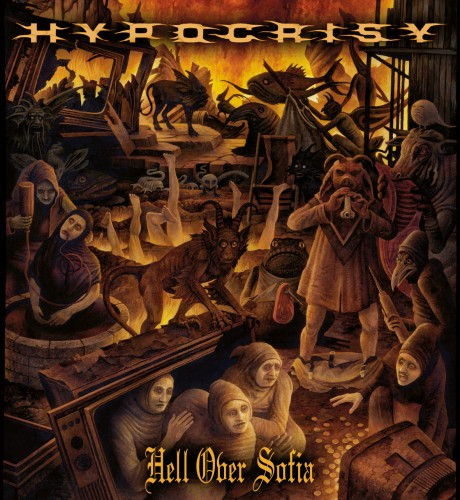 I don’t suppose I need to tell readers of this site who Hypocrisy are, so I won’t. What I will say is that on October 14 in Europe and October 18 in North America, Nuclear Blast will release a combination DVD and two-CD set celebrating the band’s 20-year history.

The DVD will include a full concert from the “Long Time, No Death” 2010 tour in Sofia, Bulgaria. It will also include a 1.5 hour documentary that looks back at the band’s history. It  appears the two CDs will include the entire live performance shown on the DVD. Hypocrisy slaves (like me) will likely be interested in the track list, so here it is:

There’s a metal blog (or maybe it’s an actual print magazine, with a web site) based in Tel Aviv, Israel, called Metalist. Oregon’s Agalloch is going to be playing their first-ever show in Tel Aviv on November 25, and so Metalist decided to ask the band to list 10 of their favorite albums. I’m a huge Agalloch fan, and so I was very curious to see that list.

I did see the list. However, I gave up studying Hebrew, along with ancient Sumerian and the Norwegian runic alphabet, when it became apparent to me that English would be enough of a challenge. So, I have no idea what the band wrote about the album choices. Here are the albums Agalloch named:

What do you think of this list? I have at least a passing familiarity with half of these — the ones by Ulver, Neil Young, Carcass, Bathory, and Rush — but no idea about the rest. But since it’s Agalloch who’s doing the recommending, I’m tempted to check them out. For those of you who read hebrew, HERE is the link to the article. 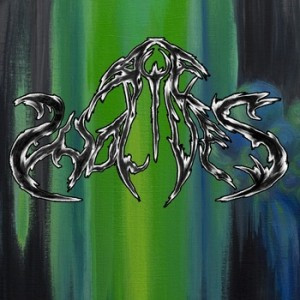 Finally, we come to the “in your ears” part of this post, i.e., we have some music for you.

I first heard about the Eugene, Oregon-based doomsters in Rye Wolves during the summer of 2010 when I wrote the first of several posts about another talented Oregon band called Arkhum. What originally drew me to Arkhum was the eye-catching cover art for their album Anno Universum (go here to see what I mean). I found out that the artist was a dude named Abe Hurd, and I found out that he was in that Rye Wolves band. I checked out what they had on their MySpace player and liked what I heard.

Today I found out from DECIBEL online that Rye Wolves have recently self-released their second album, Species Battle in the Branches. It consists of three songs, ranging in length from 8:10 to 22:56. The band is selling the two shorter songs at their Bandcamp page for $1 a piece and the really long one for $2.

I’ve listened to one of the shorter tracks, called “Tearing at the Shapes”. To borrow what the DECIBEL writer wrote about the album as a whole, it’s “gorged with possessed vocals, bridge-collapsing chords and bloodshot melodies.” It’s an extravagantly down-tuned, grotesquely distorted wall of black catastrophe pierced by cauterizing shrieks. Though doom isn’t one of my metal mainstays personally, I do find this stuff so “bridge-collapsing” and so intense as to be worth a download of all 3 songs. Check out the one song I’ve heard so far, and if I’m not around tomorrow, you’ll know I didn’t survive the other two.

UPDATE: Looks like Rye Wolves are now selling the entire 3-song album for $5, and I can now embed a player that includes all 3 tracks:

7 Responses to “IN THE NEWS AND IN YOUR EARS: THY CATAFALQUE, HYPOCRISY, AGALLOCH, AND RYE WOLVES”