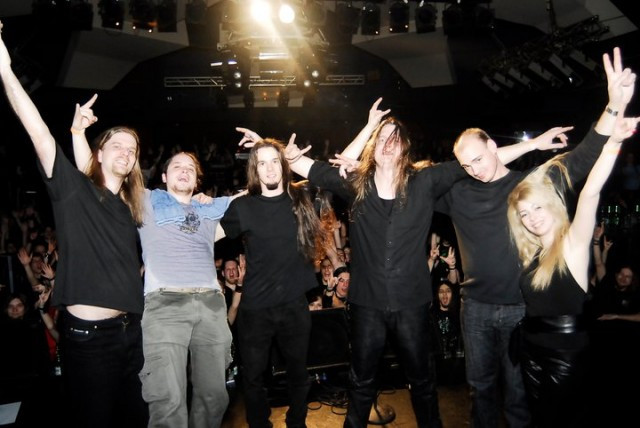 (Trollfiend displays his erudition about Hungary and about Hungarian folk-metal band Dalriada in this guest post. I’m enjoying laughing my ass off while learning about new metal. And Hungarian pizza.)

The tiny landlocked nation of Hungary in Central Europe is home to, uh…um…wait, I think Bela Lugosi was born there.  And, uh…the inventor of the Rubik’s cube.  And incidentally when I attempted to Google edutaining facts about the country, “Hungary Howie’s” restaurant was the first thing to come up, so I can only assume pizza was invented there as well.  It is also home to a massive and diversified metal scene (some members of which have already appeared in these hallowed halls, such as Thy Catafalque, Gire, Slytract, Mytra, Meankind, and I Divine).

Hungary’s land mass is approximately 36,000 square miles.  Preliminary research suggests that at least 87.9% of this land mass is comprised of metal bands.  Aside from being the birthplace of the guy who discovered vitamin C (the actual vitamin, not the orange-haired pop singer), it’s also the home of HangSúly, the national Hungarian Metal Awards.  Metal Awards? Do WE have that? I mean I know not every country can boast spawning the creator of the three-phase alternating current electric locomotive, but that AND a national metal awards show? It must be something in the water (of Lake Héviz, the second largest thermal lake IN THE WORLD).

I’m only mentioning Hungary here because I am totally craving a pizza right now.

No, wait, there was another reason.  Folksy folk metal folk band Dalriada is from there as well.  By “there” I mean Hungary, home of the largest medicinal bath house in Europe.  Now I know Dalriada is going to be a hard sell to most of the NCS crowd: aside from the clean female vocals, it’s motherfucking PEPPY.  Peppy as shit.  I wouldn’t lie to you about something like that. (more after the jump . . .)

If, like me, you’re intimately familiar with Hungarian folk music (don’t ask) you’ll immediately recognize its presence in this band’s music.  There’s a lot of violins.  Seriously, the way the guy saws at his instrument in this band, I’m surprised he hasn’t severed a limb. Also, true fact: if you watch the “Hajdútánc” video it’s quite clear that the violinist is, in fact, Bill Murray, and not Attila Fajkusz as the album credits suggest.

Interesting fact: aside from the demo and their album dedicated to 19th century Hungarian poet János Arany (guess which one that is), all their album titles are the names of the months (in order) in ancient Hungarian.  Also, the discography was invented by Hungarian musical composer Erno Diskografisz.  I might be making that up.  But if you’re counting, that is six-full length studio albums to this band’s credit.  So it’s safe to say they know what they’re doing. And what they’re doing is undeniably folking awesome.

If you’re not already a fan of folk metal a) why am I even talking to you, and b) this band is not going to make you a convert.  If you are a fan, congratulations! You are a superior human being and will probably like Dalriada.  The main stumbling block that I can see is Laura Binder’s impassioned but clean vocals.  It’s not ALL clean – she puts some harshes in there every so often, and her bandmates contribute both clean and harsh vocals as well. But Moonsorrow this is not – there is no sneering blackness here. 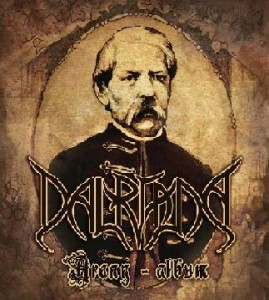 Don’t get me wrong, Dalriada is definitely not one of those hard rock bands dressed up like metal – this ain’t no Evanescence either. I’m going to recommend a ‘showcase’ song off each album and recommend that if anything I’ve said makes you wary, listen to their latest album (this year’s Ígéret) first, because they’ve definitely embraced some heavier elements in their later work.

Fergeteg (‘January’): Listen to “A Walesi Bárdok 2” and you will hear symphonic keys, catchy riffs, some chuggage, a little vocal ping-pong between male and female leads, and some quality growling. It’s folky, upbeat, and metal as fuck.

Jégbontó (‘February’): “Hajnalünnep” not only features some punishing double-kick drumming and an awesome Hammer Horror-worthy cathedral organ bridge, it also has an umlaut in the name, which everyone knows is metal as shit.

Kikelet (‘March’): “Szentföld” is your basic metal stomper thundering away under the soaring vocals . . . it has an almost choral bridge and a fucking umlaut and will make with the head bangage.

Szelek (‘April’): At some point Dalriada apparently figured out that umlauts = metal because this album boasts the awesomely named song “Tavaszköszöntő”, which is like an umlaut studded metal locomotive barreling down the tracks and into your head.

Arany-album: Don’t worry, they didn’t skip a month.  They get back to that cleverness on the next album.  This is a bit of a departure from the band’s more or less signature sound. . . oh wait, no it isn’t.  I was going to say ‘it’s more melodic’ but check out “Zách Klára” . . . I believe NCS’s own Islander listened to this track and used the term “whirling dervish”, which is a pretty accurate description.  This song also features the metallest (it’s a WORD, damn it) violin playing you’ll ever hear. 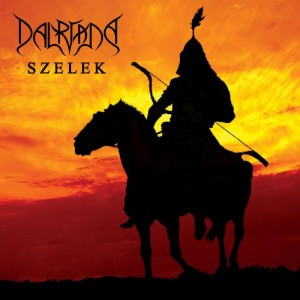 Ígéret (‘May’): This is a perfect example of a band refining its sound over the course of its career.  It’s heavy, uses a lot more harshes, and for what it is (folky), it will kick your ass.  Aside from “Hajdútánc”, I have to recommend “Igazi Tûz” . . . it’s a bit more ballady and violin-laced, but against a continuous double kick backdrop.  And “A Hadak Útja”, which opens with a lumbering bass line and a harsh growl that would put them in a league with any of the blacker folk bands you can think of.

Give Dalriada a listen; they will conquer you like Hungary conquered Transylvania in the late 9th century, establishing it as a voivodeship of the Kingdom of Hungary for the next five hundred years.  Suck it, Transylvania!!

EDITOR’S NOTE: You know how we like to give you some music along with our reviews. So that’s what I’m doing. I picked this one based solely on Trollfiend’s review. Because the song name is umlaut-studded, and because Trollfiend said it sound like a locomotive barreling down the tracks: “Tavaszköszöntő”