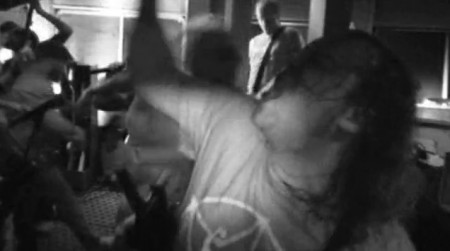 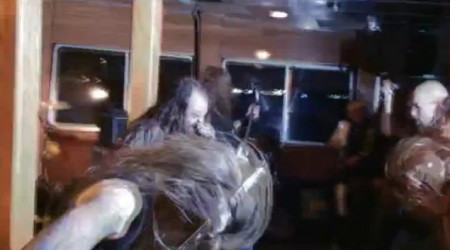 At approximately 7 p.m. on October 22, 2011, a small cruise boat called the Jewel left the Skyport Marina in New York City. On board were a gaggle of metalheads and four very good metal bands — Kvelertak, Skeletonwitch, Tombs, and Psychic Limb. Also on board was a dude named (((unartig))), armed with A/V recording equipment. He vividly caught portions of all four performances on film. And by “vivid”, I mean that he caught the look, the feel, and the rampant energy of these performances. You feel like you’re right in the middle of the mayhem. Shit, I can almost smell the sweat and the beer just from watching these clips.

I’ve put all the clips after the jump. These are definitely worth the time.

9 Responses to “KVELERTAK, SKELETONWITCH, TOMBS, AND PSYCHIC LIMB: LIVE ON A BOAT”