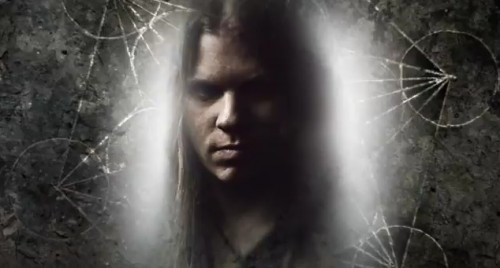 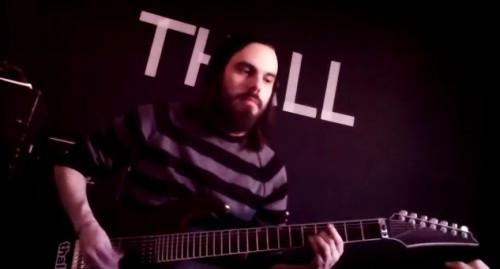 Your humble editor’s fucking day job has stripped away almost all free time over the last 24 hours, and will continue to strip, strip, strip throughout today, and it’s not sexy. What that means is that my own poor contributions to NCS today will be skimpy. In fact, this is probably the only post I can contribute.

Yesterday, I saw two new videos featuring the music of two very different guitarists — from two different generations and two very different styles of shredding. The first is an “album sampler” of music from the new album by ex-Nevermore member and all-around widely worshipped guitar wizard, Jeff Loomis. The second is a guitar play-through by Vildhjarta’s Daniel Bergström, who is himself a Grand High Wizard in the Exalted Order of Thall.

On April 10, Century Media will release the new solo album by Jeff Loomis, titled Plains of Oblivion. To enhance the Seattle connection (and another reason why we’re paying so much attention to this album), it was produced by Aaron Smith of 7 Horns 7 Eyes, who themselves have a new album on the way. The album includes an array of tantalizing guest appearances.

Ex-Megadeth members Marty Friedman and Chris Poland make appearances with guest solo’s. Christine Rhoades, who provided guest vocals on the Nevermore track “Dreaming Neon Black”, does a vocal turn on  song called “Tragedy and Harmony”. Hungarian guitarist Attila Voros is in the mix, too, as is guitarist Tony MacAlpine. And last, but most certainly not least, Ihsahn contributes to a song called “Surrender”.

On the first day of this month, we featured a guitar play-through video for a song from the album called “The Ultimatum”, which is simply mind-blowing to watch and hear.

Now we have a four-and-a-half-minute “album sampler” that includes snippets of all the tracks that will appear on Plains Of Oblivion, and the video identifies the guests on each one as the snippets play. And talk about diversity . . . the musical styles and guitar techniques on the snippets are really all over the place. But man, can Jeff Loomis play.

I seriously doubt I need to say much about Vildhjarta or Daniel Bergström to the audience of NCS. We’ve written about them frequently. But if you’re new to the site, you can read TheMadIsraeli’s review of Masstaden here. Or his re-review of Masstaden here (yep, he he liked it so much that he reviewed it twice). Or his interview of Mr. Bergström here, and that’s just a sampling.

That last interview post includes the last play-through that Daniel did for the Vildhjarta song “Shadows”. As of yesterday (or maybe the day before), we received another video play-through, and this time the song is “Benblåst”.

Hope you enjoy both of these videos. Very different strokes, but both pretty damned cool.

One Response to “TWO SIDES OF THE SHRED COIN: JEFF LOOMIS AND DANIEL BERGSTRÖM (VILDHJARTA)”