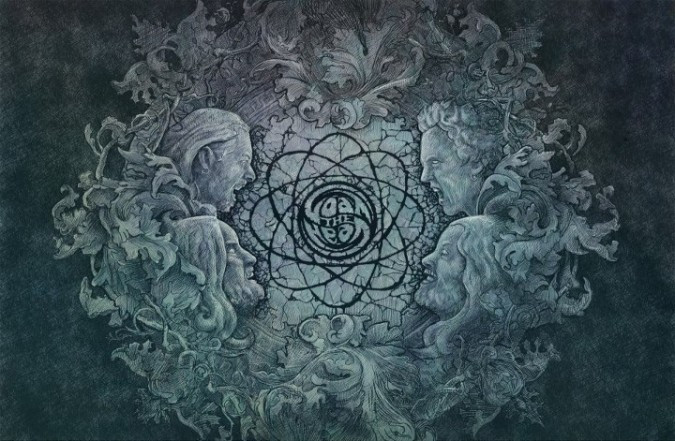 Here we have yet another random assortment of things I saw and heard today that I thought merited some attention. And the bands are: Winterfylleth (UK), Goat the Head (Norway), One Inch Giant (Sweden), and Mass Hypnosis (Croatia).

I saw that another new song from Winterfylleth’s next album, The Threnody of Triumph, has started streaming. As previously reported here, the album is due for release on September 25 via Candlelight. The new song is “The Svart Raven”, and it’s streaming at Stereogum. I won’t blather on about the song; I’m saving my blathering for a review. For now, I’ll say only that the song is excellent and that you should hear it without fail if you have any interest in black metal. Go here to do that.

I saw the image at the top of this post appear on the Facebook page of our favorite contemporary primal cavemen death metallists, Goat the Head. This looks suspiciously like cover art for some new collection of contemporary primal caveman death metal. My suspicions were further aroused by this accompanying statement by the Goats: “Exposing evident symptoms of imminent deathrash”.

I must say that I find this highly encouraging. It has been FAR too long since we’ve received new original material from this band, who we have written about a multitude of times in the past (collected here). They are, after all, the band who introduced us to the dreaded Cube, the mere mention of which gives me the nervous shakes. Although the Goatsters haven’t released new material in a while, earlier this summer they did record a cover of “Burner” by Motörhead, which I somehow overlooked. It rocks. It’s right after the jump.

One Inch Giant is another band we’ve featured more than once in these pages (eg, check out our review of their last album, Malva, at this place). They’re an Exception to the Rule around here, because the singing is all clean yet the music is all good.

Today I saw several items of interest from the OIG camp. First, I saw that they’ve signed with Soulseller Records for a 2013 release of their next album — The Greatest View — and that they’ve started streaming a pre-production version of a song called “The Sea Opened Up” that will appear on it. Man, am I diggin’ this track. It combines some heavy-as-fuck guitar and bass riffing with skybound vocals (and Filip Åstrand really does have a set of fuckin’ pipes on him). Listen (and go here to download the track):

I also saw the news that the Giants will be touring venues in the Eastern United States, and that another band I’m quite high on, Borracho, will be along for the ride at several stops. Here’s the tour poster. If any of you East Coast NCS addicts are looking for a good time, this would be one very good option: 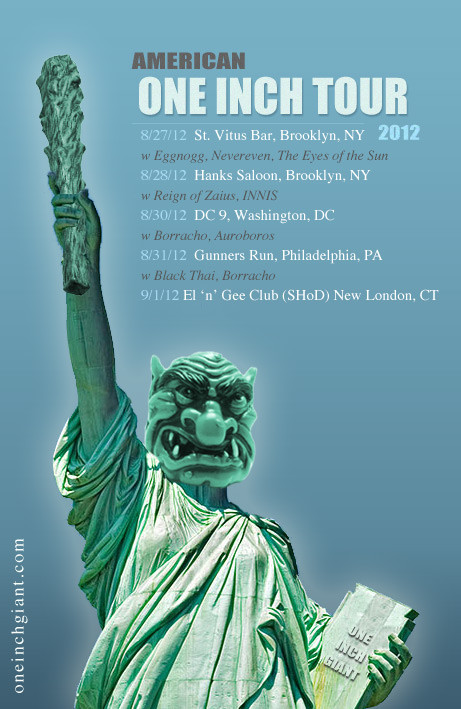 Thanks to a link from NCS scribe TheMadIsraeli, I saw the following new music video from a Croatian band named Mass Hypnosis. The song is “God Complex” and it appears on the band’s 2011 EP of the same name. The song hooked me good — industrial flavored death metal that got the noggin’ bangin’ hard. The video is fun to watch, too.

I’ve only begun to explore this band’s music, but it looks like 3 of the 4 songs on the EP plus other material (possibly from a forthcoming album?) are available for download (in .wav format) via the band’s Soundcloud page here. Check out this video, and enjoy the rest of your fucking day:

One Response to “SEEN AND HEARD TODAY: WINTERFYLLETH, GOAT THE HEAD, ONE INCH GIANT, AND MASS HYPNOSIS”