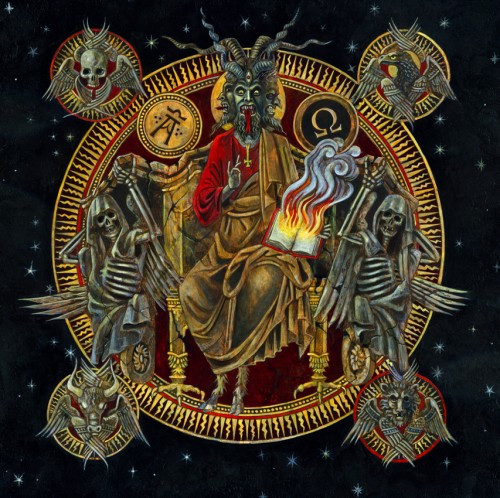 I’m sure there are exceptions, but if Monday’s are awesome for you, please keep it to yourself so I can wallow in the misery of a new work week without having the suck factor multiplied.

About all I can say for Monday’s is that they go down better with metal, which is sort of like saying that a fresh dog turd tastes better when it’s wrapped in crisp bacon and smothered in peanut butter, though that’s probably a true statement, too, except of course I don’t have direct personal knowledge of that because I’ve never been that hungry or that high.

Where was I?  Oh yeah, Monday’s suck but they go down better with metal. I do have personal experience of that. Today, in fact, I am having such an experience, thanks to Deiphago, Valdur, and Ade. All this music is so bestial that it makes this Monday seem like a cute fluffy kitty by comparison.

Satan Alpha Omega is a hell of a record. I mean that literally — it’s metal hell, as good an example of being burned by sonic fire as you’re likely to find this year, an unrelenting storm of molten black/death that moves at the speed of a pyroclastic flow and is just as unstoppable. Despite (or maybe because of) how utterly ferocious the music is, I found it utterly gripping.

If you haven’t heard it yet, it’s now streaming for a limited time at Zero Tolerance magazine’s web site (here). [UPDATE: Thanks to NCS reader JC, I now know that it’s also streaming on Bandcamp, so I’m adding that player to this post right after the jump.] If you survive the experience and you like what you hear, Satan Alpha Omega can be ordered in various physical formats through Hells Headbangers, and it’s downloadable at Bandcamp, iTunes, and Amazon mp3. Find Deiphago on Facebook here. 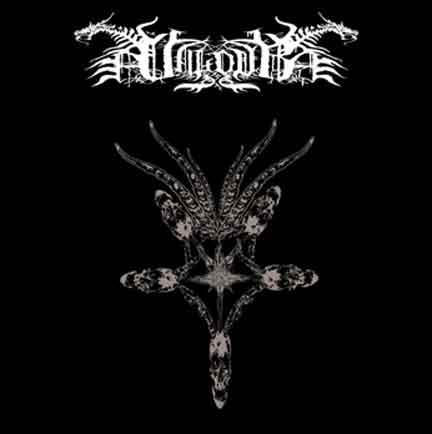 You may remember Valdur if you’ve been spending time here over the last couple of weeks. They’re a three-man band from Mammoth Lakes, California, who I first came across (and wrote about) more than two years ago following release of their excellent second album, Raven God Amongst Us. Earlier this month I learned that Valdur have finished writing their new album and will begin recording it on November 12 (and they’ve recorded a song for a forthcoming split, too).

I also learned that earlier this summer they self-released a limited two-song EP entitled The Hammer Pit, which consists of “rough version” of two new songs.

I found a Bandcamp page where Valdur are streaming one of the EP’s tracks — “Conjuring the Fire Plagues” — and it’s available for a “name your price” download. I featured it in an earlier post. Yesterday I found out that the band had released an official music video for the EP’s second song, “The Hammer Pit”, and that song is a damned killer, too. It’s a doom-stricken horrorshow of blackened death metal, but not the whirlwind of shrapnel you get from Deiphago. This morbidly oppressive song is one that claws faces while it’s playing and you can remember it afterward. 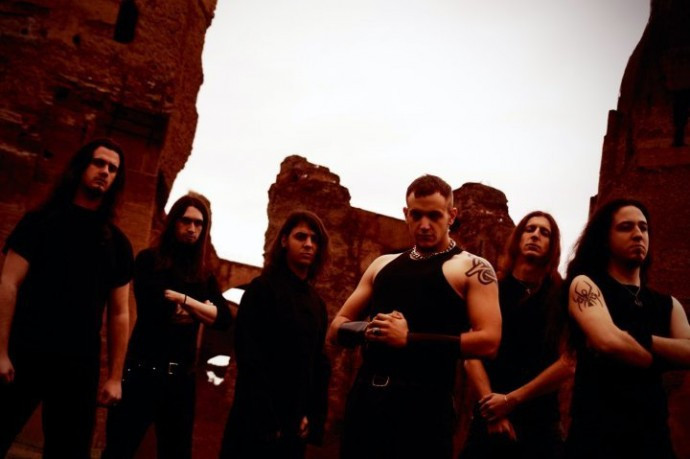 Ade is a Roman death metal band that I found out about yesterday via an e-mail from TheMadIsraeli. They released a debut album in 2009 and have finished recording a second one entitled Spartacus, though I’m not sure when it will be released. The band integrate Greek and Roman music into death metal, with lyrics in both Latin and English. They claim Nile, Behemoth, Blood Red Throne, and Decapitated as principal influences — and it shows.

One of the new album’s songs, “Duelling the Shadow of Spartacus”, is up on YouTube, and it features drum work by George Kollias (Nile). It’s a very interesting song, melding together rapid-attack death metal with choral voices, unexpected string notes and ethnic drumming with blunt-force hammering, clean-voiced proclamations and keyboard ambience with lung-puncturing riff jabs. Kollias’ drumming is, as usual, jaw-dropping.

I think I’ll keep an eye on these dudes.