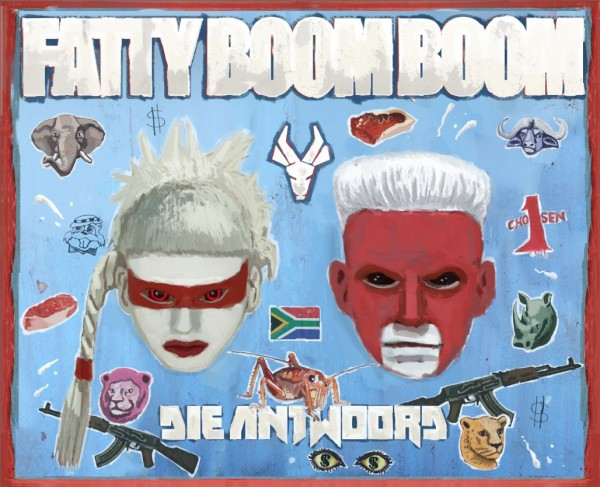 No, they’re not a metal band, but they’re zef. I don’t know exactly what zef means, but I think it means metal. They released a new music video yesterday for “Fatty Boom Boom” from their album TEN$ION on ZEF RECORDZ. I don’t even particularly enjoy rap music, but this video gave me some big smiles. And if you don’t like it, you can SUIG MY FOKKEN PIEL! Hier kom ek weer, like a lekker smack in da face, right after the jump. Vagina prawn. 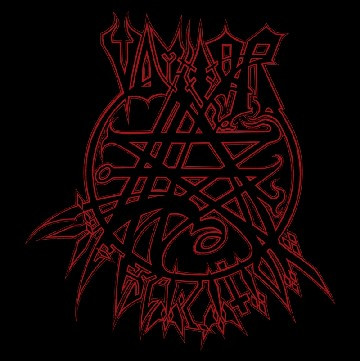 Vomitor’s third album The Escalation is scheduled for release on January 22, 2013 by Hells Headbangers in the Americas and by Invictus Productions in Europe and the UK. And to build interest in the album, Vomitor will actually be touring the U.S. along with Negative Plane in December. And I would definitely see that fuckin’ line-up except for the fact that Cleveland is as far West as they’re going: 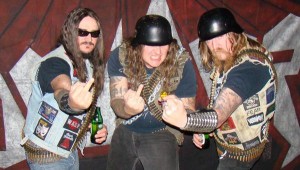 May I just say to you, Vomitor, how could you come all the way from Australia and not visit the beautiful Pacific Northwest in the beautiful month of December, when the sun will rarely shine and you’d get so water-logged that mold would set up house in your underoos in about 5 minutes?  I mean, who would want to miss a near-lethal dose of crotch rot? I don’t get it.

Three tracks from The Escalation are now streaming on Bandcamp, which you can also download the title track for free. Do you know what they sound like? You’ll find out in just a moment. But I’ll give you a hint: Rancid, radioactive, waste-ridden, lo-fi, charred death fuckin’ metal. If you’ve got a hazmat suit, climb into that fucker and press play. Otherwise, you’ll just have to live with a few of your body parts turning gangrenous and falling off and smelling really bad. Splat! 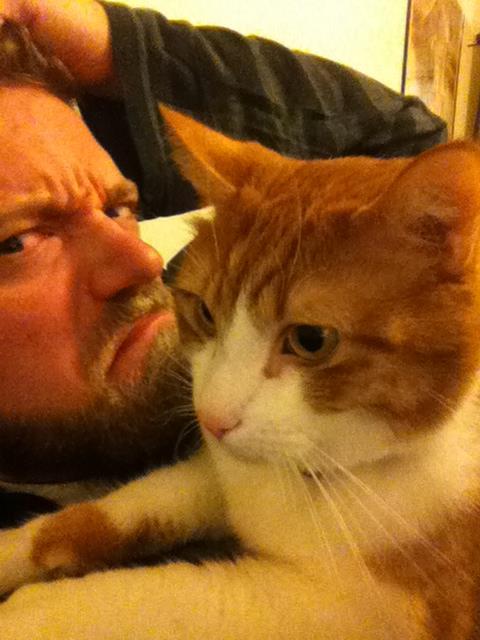 GIVE ZOMBIES THE VOTE

We featured these brain-dead, shambling, drooling cretins from Boston back in June. Their debut album, Dominions, is now out. Fuckin’ dumbass that I am, I still haven’t listened to the whole thing, despite the fact that the few songs I’ve heard from it hit me up side the head in a way that I like when I’m hit up side the head.

Thanks to an e-mail from NCS reader Fersas, I saw that GZTV’s front dude Shaun Callaghan got drunk and made a video in which he lip-syncs the band’s song “Black Hole” to his cat Bill Murray.

Bill is a good fuckin’ cat. He doesn’t turn and claw the shit out of Shaun’s face. He doesn’t squirm and twist and contort himself in an effort to get away. He doesn’t piss down Shaun’s arm. He makes with the wide eyes and a little mewling face a couple of times, but otherwise he’s just hangin’ in there letting his human co-habitant be a funny jackass to a good song.

Really makes me miss my cat.

16 Responses to “DIE ANTWOORD, VOMITOR, AND GIVE ZOMBIES THE VOTE”