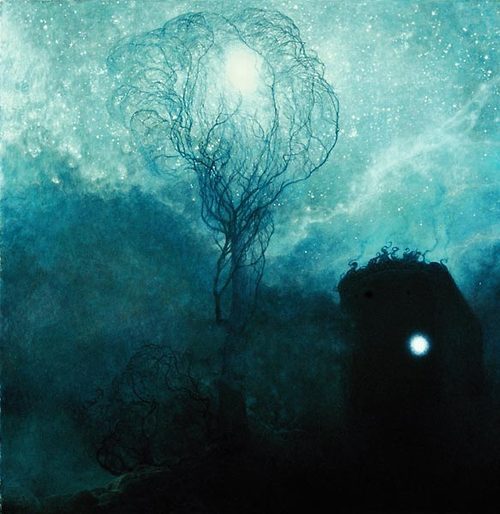 (This is the fourth installment in NCS writer Andy Synn’s week-long series of year-end lists. To see his lists of the “Great” , the “Good”, and the most “Disappointing” albums of 2012, go here, here, and here.)

Let me stress immediately that this ‘Critical Top 10’ list is NOT a list of my own favourite albums. These are all albums I like, appreciate, even love, yes… but they’re all albums I think set the highest standards for the past year in metal. It’s a serious list, and one I take seriously as a result.

Tomorrow’s list, my ‘Personal Top 10’ of the year, is more fun, and needs less justification. That list reflects me as a person, and the albums I have loved this year, the ones that have clicked with me the best – yet also I hope it reflects a modicum of self-awareness, as I freely admit that my personal tastes are not always the ‘best’ albums.

Which is where the ‘Critical’ list comes in. I slimmed down the list of ‘Great’ albums to a shorter list of 14/15, then began to place and order the remaining entries, occasionally removing an album from contention when it became clear it wasn’t going to make the cut. It was hard going. I’ve had to cut some albums I would dearly love to have included. I’ve had to include a couple that were initially discarded, until I realised I was letting personal tastes dictate things too much. It’s a struggle to be objective sometimes.

For example, how do you weigh the objective quality of a brutal death metal album against a more conceptually-driven prog-metal album, or a record of vicious, scintillating black metal? It’s finding a balance, and a way to fairly measure these sorts of records against each other, that takes a lot of time. Essentially there are three criteria – ambition, creativity, and execution. All quite broad, but they seem to encompass the ‘best’ aspects of music. Some of these albums are more ambitious than others, meaning that at their best they go further and reach higher. Others are more creative, either through the clever use of disparate influences, or simply by doing more with less. And then there are the albums that are just flawlessly executed gems of metallic precision. Each of these reflects a manner in which an album can achieve ‘Greatness’, but the greatest of all manage to meld all three.

Oh, and a quick warning (because apparently it wasn’t clear in one of my other columns): there’s a fair helping of clean singing on this list. Just so you don’t get confused by the blog title and everything.

Crushing. Stunning. Devastating. One of the best death metal albums in recent memory. Slamming, concrete-encased riffs, utterly ballistic drum work, and a truly throat-tearing vocal performance. Death metal is often a hard genre to do with ambition or creativity, relying more on impact and execution than in testing its well-defined boundaries. Thankfully, Global Flatline is a flawlessly executed album, a physical and mental dissection of the listener, and though its overall delivery is its greatest strength, there’s also enough subtle creativity and nuanced song-writing involved to provide a method to the madness. With its sickeningly infectious hooks and well-placed guest vocals, this record simply refused to be ignored when it came time to put my list together. 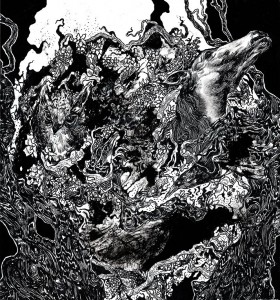 9. Wildernessking – The Writing of Gods In The Sand

If you were looking for a surprise this year, then Wildernessking’s debut album certainly fits the bill. A glorious melding of progressive sonic landscapes and ferocious black metal aggression, I think the only reason we haven’t seen this one on more lists is simply because of the band’s status as relative unknowns. It really is that good. Calling it ‘post-‘ black metal doesn’t do it justice either – it’s firmly in the black metal camp, such is the intense nature of its harrowing vocals and utterly blistering drums. It does however take a clear influence from the ‘post-‘ rock and metal worlds, crafting images of harsh and ravaged vistas of sound and vision, using a narrative and evocative style of song-writing that never lessens or weakens its tumultuous, blackened assault. An absolutely stunning debut. 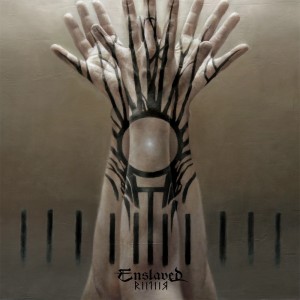 It’s usually a given that a new Enslaved album will make frequent appearances on people’s Top 10 lists. Usually it’s at number 1, too. The fact that Riitiir sits relatively low in the top 10 here is less a comment on its overall quality (it’s a phenomenal album, all told, with only a few moments where the quality dips even slightly below “stellar”) but more a testament to how much the bands above this point have stepped up their game. Barring a few tiny missteps (the title track doesn’t match the power or majesty of the rest of the album, and a few sections are dragged out a tad too long), Riitiir serves as a perfect companion piece to Axioma Ethica Odini, the band continuing to forge their own path. Interestingly it’s also an album where the clean and progressive sections are given almost free reign, but at the same time it features a rich vein of black metal material that hearkens back to their earliest days.

Meshuggah these days are effectively a genre of one. Imitators and disciples be damned, no-one does it better. Stray too far from the Meshuggah sound and you invite weakness, stay too close to the core and you’ll always be overshadowed by the masters. Koloss is a record that simultaneously cements and redefines Meshuggah’s current status in the metal scene, a record written quite clearly by and for the band alone. It’s not so much a reactionary album as it is a stubborn one, one that refuses to deviate or pander, to even pay any attention to anything outside the band’s own infernal tesseract. Thus the Swedes delivered yet another uncompromising array of crushing death-groove, juddering, mechanised contortions, and psychotic thrashing rhythms, that left all their competitors and imitators choking in the dust. And they did it all without a care in the world. 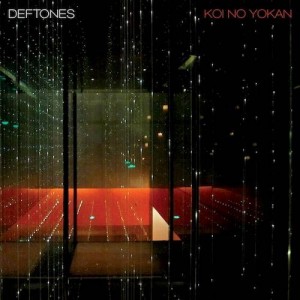 Remember when I said that it was a struggle being objective? Well this album almost didn’t make the list. Until I realised that it really is just that good, that the list needed to mention it, as much as it needed to be on the list. So I removed something that meant a lot more to me personally, accepting that this album was a more ambitious record, the sort of multi-faceted listening experience few bands ever manage to create. Wide in scope, without ever spreading itself too thinly, Koi No Yokan features an outpouring of pure emotion, one viewed and refracted through so many different spheres of influence that it deserves to be listened to again, and again, and again. There’s always something new to discover – a clever drum pattern here, a soothing vocal melody there, an unusual ambience, a bruising, brooding riff – such that it manages to tick all the boxes without ever trying too hard to please or to fit into any external conception. It’s damn heavy when it wants to be, too. 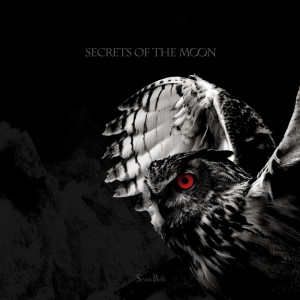 5. Secrets Of The Moon – Seven Bells

With Seven Bells SotM have crafted their most inspired piece of work yet, an album that paints an incredibly creative and evocative picture using only shades of the darkest black. Unlike the album above it, which glories in a riotous explosion of different colours and influences, this is a very insular, even dense, record, focussing on doomy, ominous soundscapes and explosions of pure black metal vehemence. The vocals spit bile and feral fury, but with a cold, calculated edge. The whole package is self-involved and self-sustaining, the seven lengthy litanies contained within drawing on ever darker shades of melody and melancholy. Easily the most atmospheric and conceptual album on the list, it balances occult menace with a shameless artistic streak and an iron-clad heaviness.

A triptych of lethal execution, creative composition, and blistering ambition, Vanitas may well be the jewel in Anaal Nathrakh’s very own crown of swords, hammering home the band’s mantra of extremity and expression, unfiltered and unaltered by outside concerns. Explosions of grinding cyber-punk collide with eruptions of mechanised blackened deathcrush, all welded together by Dave Hunt’s inhuman vocals and Mick Kenney’s apocalyptic instrumentation. The duo also utilise unexpected jolts of melody in surprising ways – the clean vocals are as sumptuous and imperialistic as always, but are joined by clever injections of virulent lead guitar lines, scorching solo sections, and glitched-up symphonies of electronic orchestration. This is the sound of a band who have mastered their formula, but are always looking for new avenues, new approaches, and new ways to inflict their terrible vengeance on the world. 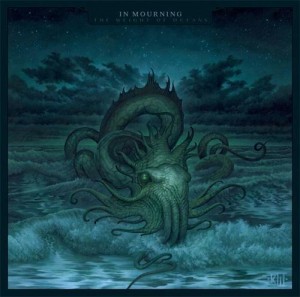 3. In Mourning – The Weight of Oceans

Just a massive, monolithic album through and through, with a sublime grasp of mood and atmosphere. Heavy too, crushingly so, with a backbreaking weight of thunderous guitars and tectonic drums. It captures a colossal, oceanic vibe almost perfectly, going from slow, languid power, to raging, torrential movements of elemental fury. It’s also an album with great breadth and depth of sound. The vocals switch seamlessly from a guttural, cavernous roar to an ethereal, emotive croon, the band ebbing and flowing between clean-written ambience and heavy, metallic energy, between quiet stillness and furious, tidal tantrums, as each re-listen exposes another, deeper layer of clarity and emotion. Truly a rewarding experience.

I like Cattle Decapitation. I don’t love them. I’m not really a big fan of ‘Grind’ as a genre/sub-genre. But I have to admit that Monolith of Inhumanity takes that sound and pushes it further than ever before, amalgamating elements of death, black, crust, thrash, prog… everything really… into one disgustingly satisfying whole. Honestly, the band do things here that I never thought they, or even most bands, would ever be capable of. Probably the most singularly ambitious and outright challenging album on the list, it’s also seamlessly executed, and you can hear each band member pushing himself harder and harder to achieve full potential, both individually and as a collective. 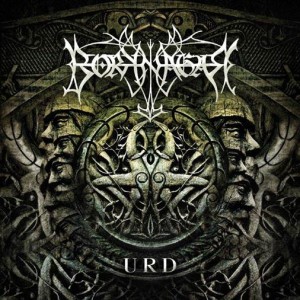 When it comes to matching ambition and execution though, this one really takes the cake. With three phenomenal vocalists, an unmatched wealth of individual instrumental talents (including what I believe is the last recorded appearance by the exceptionally talented Dave Kinkade on drums), and a generally revitalised and perfectly integrated line-up, Urd is the sort of album a band makes only when the stars align in perfect synchronicity.

In simple creative terms Borknagar have always aimed a little higher than most, but various factors have meant that they’ve not always attained the sort of perfection they were seeking. Urd, however, is a progressive masterpiece of a record, retaining enough blackened bite and blast to shock the listener out of their complacency, while at all times reaching higher and further afield to incorporate doomy passages of morose melody, folk-led acoustic grandeur, rapturous, bombastic riffage and artful, illuminating keyboard work. Every elements is interwoven and interconnected to create a whole even greater than the sum of its parts.