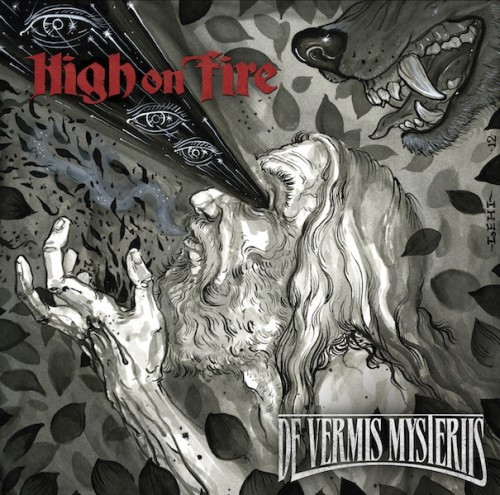 Welcome to Part 21 of our list of the year’s most infectious extreme metal songs. In each installment, I’ve been posting at least two songs that made the cut. For more details about what this list is all about and how it was compiled, read the introductory post via this link. To see the selections that preceded the three I’m announcing today, click here.

All good things must come to an end, and this seemingly endless list will end tomorrow with Part 22, going out in a blaze of death metal glory. Today’s three songs, however, are another set that don’t come from the same genre of metal. If they have anything in common besides my belief in them, it’s that all three are heavy as hell.

Our friend and fellow blogger Professor D. Grover the XIIIth reviewed High On Fire’s 2012 album for us (here), and I think it’s fair to say that he had mixed feelings about De Vermis Mysteriis, which he viewed as a bit of a step backward compared to the step forward represented by 2010’s Snakes For the Divine. I had the opposite reaction. Where the Professor viewed Snakes as HoF’s crowning achievement, I enjoyed De Vermis Mysteriis more than anything I’ve yet heard from the band.

I preferred the grimier, grittier tone that Kurt Ballou’s production brought to the sound and the utter darkness that suffused so much of the music. The standout track for me — a song that has gotten a shitload of play since I first heard  it — is “King of Days”.

It’s one heavy motherfucker. The main riff is monstrous, and monstrously infectious — the thing prowls my mind so vibrantly that just seeing the name of the track causes its dark bulk  to rear up unbidden. Matt Pike’s vocals are also just stunning. He howls and roars like a wounded behemoth, coughing blood and dragging its dying but still dangerous carcass forward for one last kill.

And speaking of killing, Pike’s writhing, squalling solo on this song is decimating, and so is the work of the rhythm section — right up to the pounding drum beats that close it out.

As bleak as this song is, I can’t get enough of it.

As I explained in my review, I thought All We Love We Leave Behind was brilliant and strikingly varied, from the chaotic, technically exuberant discordance of “Aimless Arrow” to the jet-fueled punk rampage of “Tresspasses” and “Sparrow’s Fall” to the mix of brutal sludge and swirling guitar leads in “Sadness Comes Home”, from the martial drum-and-bass hammering in “Empty On the Inside” to the jolting yet atmospheric “Glacial Pace” to the rifftastic stomp of “Veins and Veils”.

But the song that has hung with me the most persistently is a track that comes out of left field on the album. I have a feeling that if I surveyed all fans of this album, “Coral Blue” wouldn’t even break the top 5 in terms of popularity, but this is my list, so fuck it. 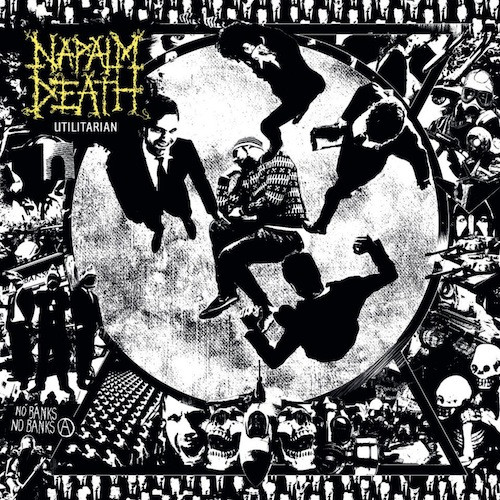 Napalm Death are one of those rare bands who have been making music for  really long time and could be forgiven for resting on their thick bed of laurels, but who continue to create brilliant, head-wrecking music as if they were still trying to make a name for themselves.

Their 2012 album Utilitarian (reviewed for us by TheMadIsraeli here) was so damned full of destructive energy and unstoppable beats that it proved to be an adrenaline trigger for me no matter how many times I let it kerb-stomp by head. For me the catchiest track on the album, and one of the year’s most infectious metal onslaughts, was “The Wolf I Feed”.

And honestly, those completely unexpected clean vocals are a prime reason why the song has proven to be so memorable. Who would have guessed?

“THE WOLF I FEED”