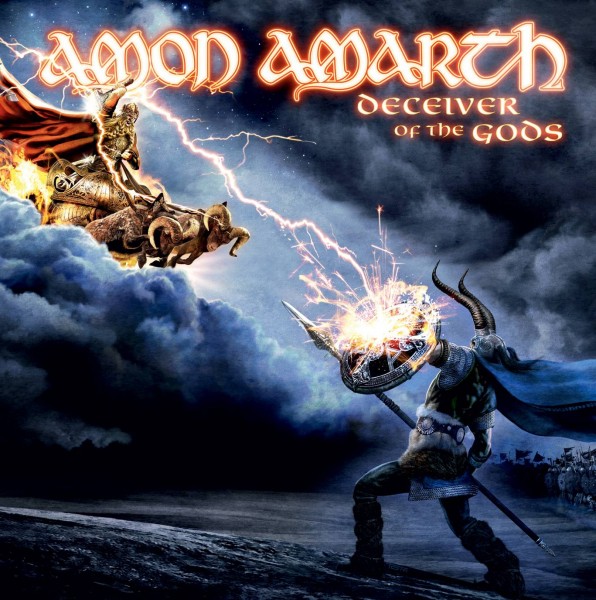 Well, as DGR wrote in a message I just saw, “In case you guys were worried, it appears that Amon Amarth’s new cd will in fact be about vikings.” Whew, that’s a relief.

Today, the band disclosed that Deceiver Of The Gods is the title of their new album, and that it will be released in June via Metal Blade Records. Andy Sneap, handled the production and there will apparently be a guest appearance by former Candlemass singer Messiah Marcolin, which is intriguing.

Metal Blade also unveiled the album’s cover art, which is supposed to depict “the last battle between the Gods and Loki who arrives at Vigridr field accompanied by the army of the dead during Ragnarok, the end of the world.” The event, of course, is a badass slice of legend. However, I must say that the cover art is not quite as badass as the event it is supposed to depict. Maybe it will grow on me.

UPDATE:  The album’s title track is now up for streaming and free download. There’s a separate NCS post about that here.