Although I’ve been temporarily distracted by such things as Tim Lambesis getting arrested for soliciting murder, Frank Palmeri getting his shit zapped in Russia, and this guy (who used to play some licks for Obituary and Six Feet Under) getting arrested for running a meth lab — after calling the cops himself — I finally remembered that metal is about the music. So here’s some actual music and music news that I came across this morning.

Unless you’ve been living in a cave, you know that NYDM legends Immolation have a new album (Kingdom of Conspiracy) coming out on May 13. Although I’m the sort of fan who would buy the album without hearing any of it (because it’s fuckin’ Immolation, and they seem to just get stronger with age), others may wish to hear it first. And you can now do that because today the full album went up for streaming exclusively at Terrorizer. Go HERE to listen.

Sweden’s Arckanum also have a new album coming. Entitled Fenris Kindir, it’s due for North American release by Season of Mist on May 14. Explaining the album’s name and concept, Arckanum main man Shamaatae is quoted as saying this: “The sounds and music on this album are my auditory vision of the march of Fenrir convoyed with his hordes of giant wolves from the depths of the underworld to face Ragna Rök with warlike glory – deformed giant-wolves swarming in thousands. This is my tribute to the wrathful, harsh and untamed anti-nature of Fenrir’s mighty essence! The anti-cosmic enemy of the worlds! Heill Tungls Tjúgari! Heilir Fenris Synir!” 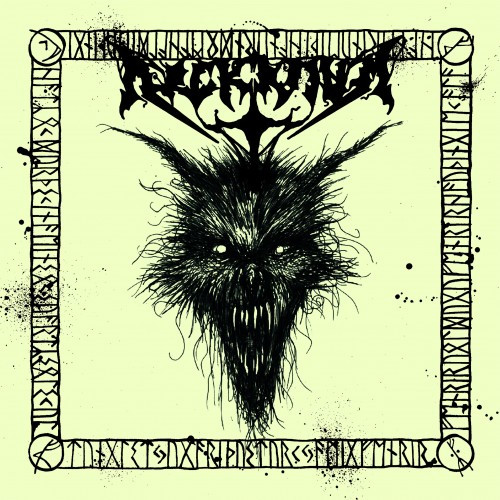 An album dedicated to deformed giant wolves swarming in the thousands at the battle of Ragnarök sounds like just my kind of thing. And actually, the album does sound like my kind of thing — epic black metal with horns, violins, and violence. You can here it, too, because as of today it’s also streaming in its entirety exclusively at Metal Maniacs — HERE.

Canada’s Necronomicon are an old favorite of mine. I reviewed their last album, The Return of the Witch, back in 2010 (here) and liked the shit out of it. I read back in February of this year that they had signed to Season of Mist and would have a new album for us — Rise of the Elder Ones— on June 7 in the EU and June 11 in North America (it can be pre-ordered here).

Now we have the album’s cover art — which is hot shit, as you can see — and as of today we also have a stream of a new song, “From Beyond”. It’s also hot shit — a thundering, neck-snapping piece of blackened death metal might in the vein of Behemoth but with the kind of variations in the sound that I’ve come to expect from this band. I’m liking the song a bunch. It, too, is streaming exclusively at Terrorizer, so you’ll have to go to this location to hear it.

However, what I do have right here for you are excerpts of all the songs on the album, courtesy of Season of Mist, and a video trailer for the album. Check ’em out: 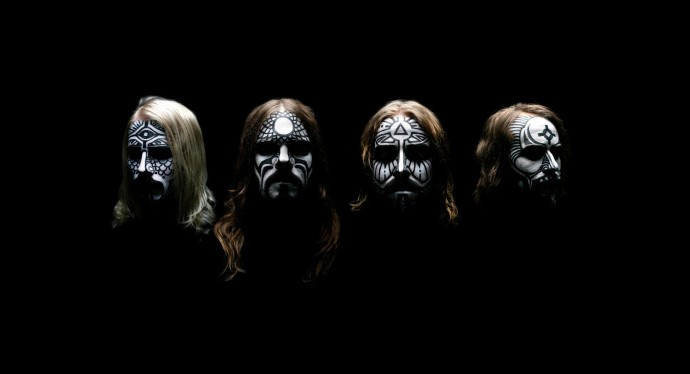 Bombus are a band from Göteborg, Sweden, who are new to me. They, too, have a new release, a two-track single named Apparatus that Century Media has just issued forth (it’s available on iTunes, among other places). Today the band premiered an official video for “Apparatus”. The song is a hard-rocking, sweet-riffing, fist-pumping piece of heavy metal (with a bit of stoner-doom wafting around it).

I’m liking the video as much as the song. It’s evidence that Swedes do the same things we do here in the States when we hit up a bar for some live music. You know, downing shots and beers, slugging the shit out of your friends, crawling on the floor, moshing a little, making out with random knife-wielding strangers . . . good fun.

I’d like to add my compliments on the band’s ass-kicking promo photo (shown above), and I’d also like to express my hope that they pronounce their name “Bomb Us” instead of Bom-Bus”.