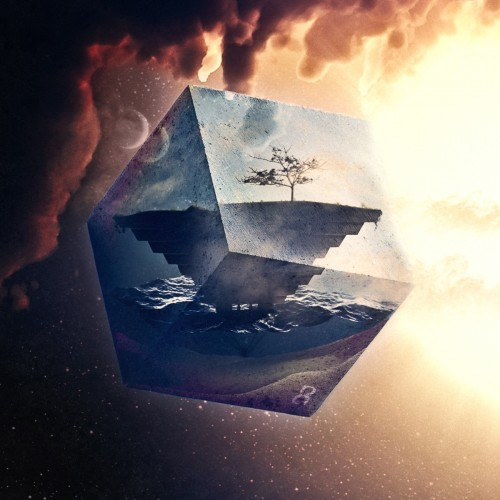 (In this post TheMadIsraeli reviews a re-recorded EP by the French band Uneven Structure.)

2013 marks the return of “that word” (THALL). First we had the Means End debut, we have a new Vildhjarta EP on the way, and as of right now we have a new (and old) offering from Uneven Structure. I wrote a short review and hosted a download of the original version of Uneven Structure’s first EP known as 8, a twenty-plus-minute song, Meshuggah Catch-33 style, that presented a much different band than what they turned into on their debut Februus. Re-recording 8 was probably the best thing Uneven Structure could’ve done, in terms of offering people something until the next album is finished.

8 was a piece of work that deserved a new makeover. It was a great piece, but it had a sub-par production and it was kind of an oddity that the vocalist was none other than one of Vildhjarta’s two. Now we get 8 re-recorded with a new mix, vocalist Matthieu Romarin working his vocal magic, and the music enhanced with the lush ambience this band has become known for in the backdrop of what is otherwise still the heaviest thing they’ve written.

What the re-recording of 8 really does in the end is solidify it as a true Uneven Structure work rather than an outlier that merely served as a stepping stone for the band. The more aggressive, slightly industrial harshness is still prevalent, but by mixing in the atmosphere and ambience of their current sound, the band have turned it into a whole new beast. As a matter of fact it’s even more overwhelming than it was before. Even with Matthieu Romarin’s clean vocal incorporations amidst his zen-focused roaring, the music has a much darker undertone than anything on Februus did, adding also a bit of eeriness or unease to the mood. 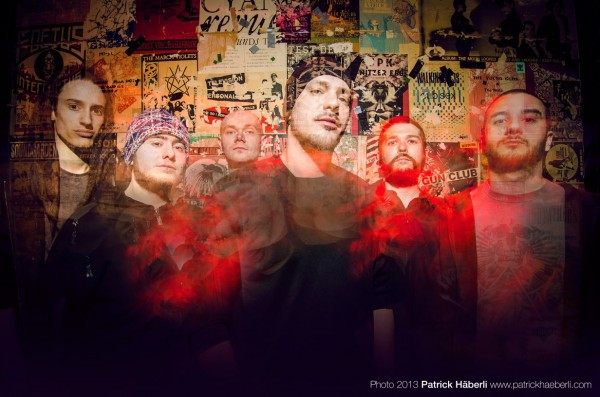 But for those who don’t even know what this is all about, 8 is a sprawling twenty-four minute journey into low-tuned entropy. It’s syncopated, violent, frightening, and bombastic (something more “djent” needs to be if this style is going to survive at all), and it attacks like a serpent wrapping itself around you and crushing your bones with malice-inspired pressure.

What this EP has also gained with the re-recording is a greatly magnified sense of its push-pull ethos. Before, this was merely a brutal, low-tuned beat down that switched tempo a lot. Now, with the additions of the ambience and clean vocals, the push-pull isn’t in just the songs’ structuring any more, but in their dynamics as well. Much like what was on display in Februus, when the band quiet or mellow things out, the music brims with an unequaled calm yet it’s also filled with tension, and when they put the pedal to the metal and go balls to the wall, they smash everything in their path into insignificant fragments. Romarin definitely has one of the most intense roars in this musical vein right now; you can hear the veins in his head engorging.

The new mix is quite amazing as well. While djent is and will always be the heavy music of the digital, the mix on here manages to come off surprisingly organic. The guitars have this massive twang to them, a sharp, hard-hitting metallic scrape that grinds at you like metal being affixed to bone. The drums are fat yet have an immensely cutting attack to them. This is one of the best mixes I’ve heard with this style of music in a while.

I also want to add a note concerning new drummer Jean Ferry. He re-did all the drums on this recording, and his drum work is impeccable, especially in how he tackled 8. He possesses an extremely busy, yet ambient style that has turned out to complement their sound quite well.

If you like it enough, you really should buy it. These guys are one of the few good bands who are worth a shit within the djent realm and deserve the support.

EDITOR’S NOTE: 8 is out now on Basick Records and can be ordered on CD from the Basick web store (here) or downloaded via Bandcamp at this location.

8 was intended to be heard as a single song in eight movements, and so we’re including below a YouTube clip that streams the entire EP straight through. Below that we’re embedding the Bandcamp player from which individual movements can be selected.