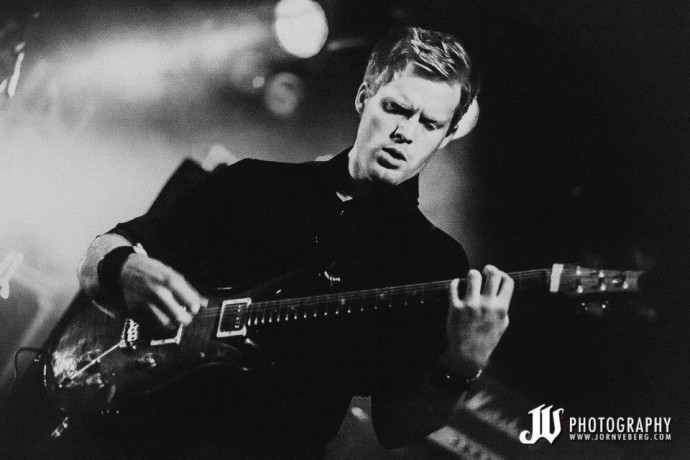 That is correct. So far I have written all the songs.

Can I ask some questions about your own musical background? As in, how long have you been playing, where/how did you start learning, and what bands/albums have had the biggest influence on your playing and writing?

I started playing the guitar when I was around 12-13 I think. In the early years I never practiced, and I dreaded the weekly guitar practices at a music school, that my parents actually paid a lot for. I got into my first band around 15 and started to write songs. We played grunge. I got into metal really late and the first extreme metal album I bought was Zyklon – World ov Worms. Some of my all-time favourite bands are In the Woods…, Opeth, Extol, Emperor, koRn, etc. 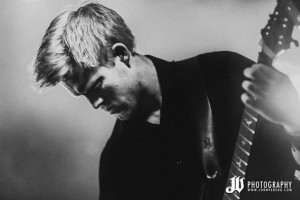 You released your latest album Ænigma earlier in the year. How has the reaction been so far?

The response has been immaculate! Obviously, it’s always nice to get good critics.

How do you think the songs are going down live – and do you plan on switching in/out any particular songs from Ænigma to give some different tracks an airing?

The new songs work very well live. We have played ‘Against the Grain’, ‘Image of Time’, ‘Hymne til Havet’, and ‘Floating on the Murmuring Tide’. We plan to include ‘Times of Yore’ eventually.

Do you have a favourite song off it to perform?

I really like to play ‘Image of Time’, because it is very catchy and groovy. Also, for years we ended our live sets with ‘The Titan’. However, now we have found the perfect replacement in ‘Floating on the Murmuring Tide’, the closer on Ænigma.

And what’s the hardest – for the band as a whole – to play live?

I don’t really think any of them are hard. Once you manage to play them you have sort of overcome the obstacles in the songs. However, on some songs we have to focus more on playing than showmanship.

The artwork is particularly distinctive, and I see that it’s done by Robert Høyem, who’s also worked on some of my favourite albums by Elite and Iskald – how did you hook up with him, and what was it about his work that made you think he’d be perfect for bringing the visual side of Ænigma to life?

I knew Robert from some work he provided for my second band, From Strength to Strength, and I was very pleased with his offerings. We were very prominent in our directions that we did not want a typical “photoshop cover”. Our aim was something new and fresh, more creative and abstract. Robert suggested that we he would draw the cover. We appreciated the idea and gave him keywords for what kind of emotions we would like him to portray. And while on topic, we think Robert Høyem did an excellent job with the cover!

Obviously this one differs from its predecessor Mantra, to an extent, as that album was a lot slower and more solemn. What sort of influences and sounds were going through your mind while you were writing this one?

I agree, with our second album Mantra we delved deeper into the dark and progressive aura of our musical universe. Additionally, Mantra has more slow and heavy songs and some might find it more difficult to get into. I find Ænigma is a good representation of everything we have done so far. I believe it is more catchy, and although the songs are still complex I think they are more accessible. When I wrote the music for the album I had a goal of bringing more fast parts back into our music. Additionally, I wanted to make the songs as effective and to cut all unnecessary meat. Many have labeled ‘Ænigma’ our most consistent release so far.

With so many potential voices and fantastic singers in the band, how do you go about balancing or choosing what sort of style to use in each song, and making sure that (at least) both main singers get their time to shine?

It comes very naturally. I always have a strong idea on what kind of vocals would fit the various riffs. And always the best guy gets to do the job. We will never adjust the songs, in order to “make everybody happy” and let everybody have the same amount of vocal time.

You’ve just completed a European tour with Vreid and Solefald, how did it go?

We had a great time on tour and enjoyed the companionship with Vreid and Solefald! It was great to be back on tour, and especially to meet so many passionate and dedicated fans along the way!

No shows were bad in my opinion. However, we had three session members for half of the tour, and we had limited time for practice before the tour. So obviously the first show of the tour was not as good as the rest. Besides that, I believe Ragnarök, Paris, and Italy were the highlights. 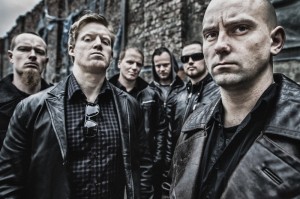 I know that various issues – medical problems, studying, work – have meant that In Vain haven’t always been able to tour and perform live as much as you may have wanted to. Has that changed, to an extent, now?

Yes. It is easier now as we are all done with our studies. Not to mention, now we have a very good session drummer in Baard Kolstad (Borknagar). Our own drummer, Stig, works abroad for half of the year, and because of that we have been forced to turn down many offers throughout the years.

There’s a couple of questions I’ve always wanted to ask, about the band and the music a bit more generally, so we’ll move on to those now. For starters what are some of your favourite songs from the In Vain catalogue (and I mean across all your albums) and what makes those tracks stand apart for you?

It is hard to pick one song, because they are all very different. Probably I have also had different songs as my favourite on this album throughout time. However, perhaps I’ll choose ‘Their Spirits Ride With the Wind’. I am really happy with how we pulled this one through, and that we managed to achieve the visions I had for the track.

I really like ‘Captivating Solitude’ and we often open our live shows with that one, because it’s also a very easy track to play. Additionally, ‘Sombre Fall, Burdened Winter’ is a very personal track for me because of the lyrics.

Now I would say ‘Image of Time’ because I find it very catchy.

Also several songs from your previous albums have a real ‘Americana’ feel to them – from the country-esque vibes of “Ain’t No Lovin’” and “On The Banks Of The Missisippi”, to the Native American elements on “Their Spirits Ride With The Wind” and “Wayakin”. Do you mind if I ask what the background is to this, as it’s a strikingly unusual theme (though not a bad thing at all!)?

I have been into Native American history for years and read several books on that matter. On The Latter Rain, the track ‘Their Spirits Ride With the Wind’ was inspired by a program I saw about the legendary Apache Indian Geronimo. That track is also dedicated to the Apache Indians. On Mantra I did another “Native American” track, dedicated to the Nez Perce Nation. That being said, I believe we are done with that topic now. 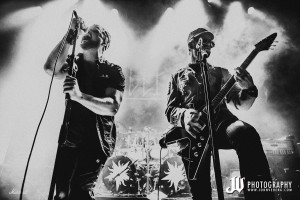 Something I’ve always been interested in knowing, is how did you guys become the backing band for Solefald? Obviously there’s a familial connection there with Sindre and Lazare, but when did it become an official “thing”?

Actually, I pitched them the idea of a tour with In Vain and Solefald back in 2011. There were many economic and logistical advantages, apart from the fact of getting them back on stage. Also, with In Vain as the backing band they would play with someone they already knew and did not have to hire expensive session musicians. On the other side, I viewed this as something that could give positive synergies for In Vain. Consequently, I considered it a win-win situation. It took some time, and at one point I was about to give up the entire project until the tables turned and Solefald were convinced. We played our first show in September 2012.

What’s it like playing two shows a night on the same tour (particularly as I’m aware you’ve been doing it with session musicians as well this time around)?

Not a big problem, except that I would prefer to be out at the merch stand talking to our fans after the show, instead of preparing for a new concert.

I was at Inferno earlier this year in case you didn’t know (and you probably didn’t) and was absolutely floored by you guys live. You definitely stole the show for me that day. What was your experience of the whole thing?

I think we put on a good show at Inferno, but I would say it was not at all our best performance this year. It was also the first time we performed the new songs live. Anyway, we had good fun at Inferno! Was also nice to see that the club was packed!

And how was it switching from the John Dee to Rockefeller stage for your performance with Solefald?

Both places were great, but personally I had a much better listening experience at Rockefeller. 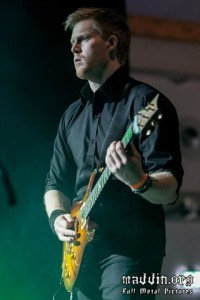 What does the rest of the year hold for In Vain? I’ve seen that you’re playing a few festivals. Is there more touring in the works? Or more writing/recording, etc?

We have just been announced for Brutal Assault, so that’s awesome. We will also play a DBE festival in Romania and Fimbul Festival in Germany. Besides that, we are working on some other options. I hope to get back to writing music when the autumn kicks in. Now I want to enjoy the summer.

I always try and finish off by giving the interviewee a chance to say a few final words about whatever’s on their mind. So please, give us your final thoughts!

Thanks for your time and great questions Andy! It was my pleasure. To all readers, thanks for your support and for coming to our shows. Hope to see you next time we are in your area!

One Response to “AN NCS INTERVIEW: JOHNAR HÅLAND (IN VAIN)”