I’m late with this Saturday post. I have excuses: I was out carousing until the wee hours of the morning and then slept in, and then have been dealing with intermittent power outages (3 so far) at my island home due to high winds in the Puget Sound area. I can’t tell you how much fun it has been to be in the middle of listening and then writing, only to have the computer go black in mid-stream, and then have to start over — three times. Fuck.

Anyway, before it happens again, here are two new songs that began streaming on the web over the last 24 hours. You’ll figure out the “Yin and Yang” title to this post after you hear them.

Sweden’s Blood Mortized have a new album due for release by Chaos Records (I’m told it will be around mid-November). I reviewed it here about a week ago. The punch line of the review was this: “You can look far and wide and you won’t find a better offering of old school Swedish death metal this year than The Demon, The Angel, The Disease.”

With the review I streamed a track named “Bastard”, and this morning Blood Mortized made a second advance track available. This one is “My Soul Your Flesh”, which I described in my review as a “hell-king headbanger”. Now you’ll be able to understand what I was talking about. You might want to strap on a neck brace before the rampaging begins. Listen next . . . 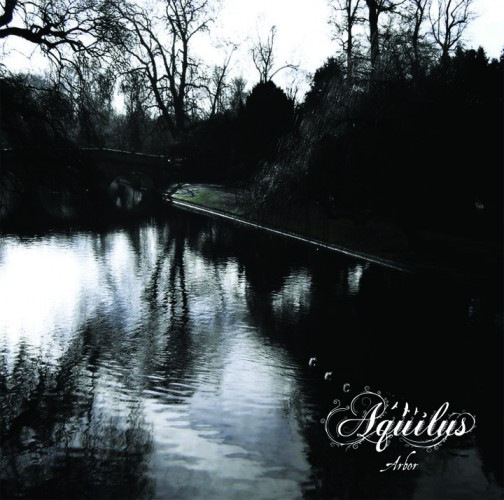 And here’s the other side of this pairing, a song that comes to us from Aquilus, the wonderful one-man project of Australia’s Horace “Waldorf” Rosenqvist. If you’re not familiar with Aquilus, I’d encourage you to check out the 2011 Aquilus album named Griseus, which I reviewed last year and which is still available digitally on Bandcamp. In August of this year, I reported that Finland’s Blood Music, which had already released Griseus in a beautiful vinyl pressing, also planned to release a previous Aquilus EP named Arbor that had never officially been released. Aquilus fully remixed the EP and had it professionally mastered by The Cutting Room in Sweden for this release on CD and LP (details here).

In that August post I streamed a song from Arbor named “As Late Shadows Skulk”. Yesterday another song named “Moonwheel” began streaming on YouTube. This one was written and recorded in 2006 and it was remixed and remastered by the band (onto reel-to-reel tape) as a bonus track for the Arbor CD.

The music in “Moonwheel” is itself a kind of a yin and yang, a conjoining of sweeping atmospheric melody and clean vocals with the harshness of distorted guitar and rasping shrieks. It drifts like clouds across the moon at night, moving from light to dark, and at the end it morphs into a mix of ambient tones and the notes of what could be a lute or a harpsichord. Beautiful.

At his writing, the vinyl of Arbor is sold out and only 5 copies of the CD remain — the Blood Music web store is here. BUT, I also discovered shortly before publishing this post that Blood Music has put all of Arbor on Bandcamp for streaming and download here. So I’ve added the full stream of Arbor below.

11 Responses to “YIN AND YANG: BLOOD MORTIZED AND AQUILUS”