In the last three days I saw three signing announcements for three bands who kick so much ass that they produce epidemic proportions of asslessness. It finally dawned on my foggy mind that all three signings were with the same label: Willowtip Records, based in the incomparably named borough on the left bank of Connoquenessing Creek — Zelienople, Pennsylvania. The three bands are Nausea, Mithras, and Plague Widow. In case these names are unfamiliar to you, here’s a bit of background along with more details about the new albums that are headed our way — and some music to hear from each band.

An introduction is probably unnecessary in this case, but here goes: Nausea are a seminal SoCal grind band whose earliest demos go back to 1987, yet their only full-length album was 1991’s Crime Against Humanity. They split up in 1994 but reformed in 2001, and they’ve been playing a lot of live shows in the last three years, including Maryland Deathfest and a recent European tour. The current line-up consists of original vocalist/guitarist Oscar Garcia and original drummer Eric Castro, plus two new members: Bassist Alejandro CB (Pounder, Chemical Bitches) and guitarist Leon del Muerte (Murder Construct, ex-Exhumed, Phobia, Impaled, Intronaut).

The new album is entitled Condemned To the System, and Willowtip will be releasing it on January 7, 2014. It will include both new songs and previously unreleased vintage tracks.

Willowtip have set up a Bandcamp page for the new album here, although none of the tracks are yet available for streaming. Undoubtedly, we’ll be hearing some of the new music as the release date approaches. In the meantime, here are three tracks via Bandcamp from the band’s 1992 Tumor demo, which were released for the first time in a 2002 compilation entitled The Suffering Continues:

Mithras were the subject of one of Andy Synn’s SYNN REPORTS last April, which is a good place to get some learning about their previous releases and hear sample tracks from all of them. Their last release was just a two-song EP from 2011, leaving Andy to wonder what was up with them. But his post led to a communique from the band that they were working on a new album and taking their time to get it right. And then yesterday brought this announcement on the band’s FB page:

“Mithras are pleased to announce we have signed a deal with Willowtip Records to release our next album On Strange Loops (for the territories of North America – USA/Canada/Mexico). We’re looking forward to working with Willowtip and seeing where this partnership will take us. We’re still considering our options for Europe and rest of world, any other interested labels please get in touch asap.”

Here’s a teaser reel of excerpts from pre-production demo tracks for the new album: 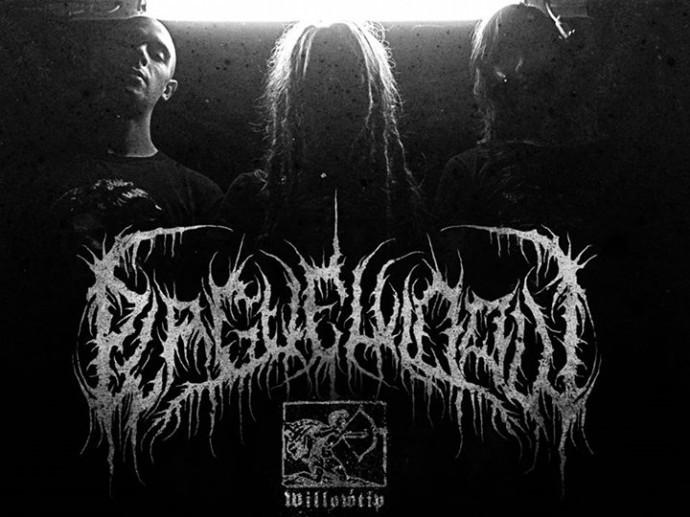 Plague Widow are a blackened death/grind outfit from Sacramento who have produced two short releases to date: a 2012 self-titled EP that I reviewed here and a 2013 split with Oblivionized (UK) named This Black Earth that I should have reviewed but didn’t (it’s excellent). Both releases are available on Bandcamp. Yesterday brought the announcement of their signing with Willowtip for release of a debut album, and as proof of why this news is worth noticing, here’s the music from both of their two previous releases: