Speaking of full-album streams, the new album by Septicflesh is now streaming in full at various sites scattered around the world. Its name is Titan, and we’ve written about it before. The advance songs have already started generating some controversy, given certain divergences from the sound on the band’s last album, but I like the record. You can make up your own mind, because I’ve embedded the album player below.

Titan is available for pre-order from Season of Mist here. 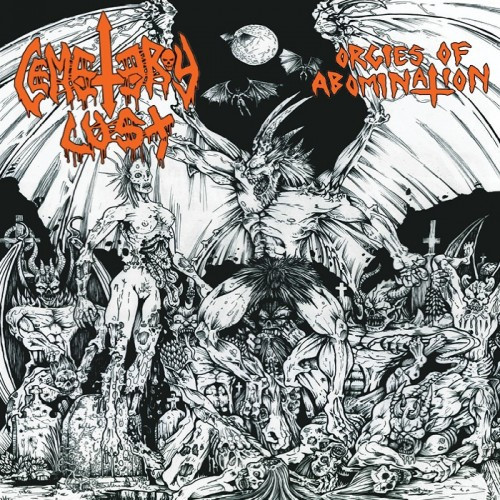 Portland, Oregon’s Cemetery Lust have a new album (their second) entitled Orgies of Abomination that’s due for release by Hells Headbangers on June 24. Today Terrorizer premiered a song from the album named “Ride the Beast”. I’ve developed a serious weakness for the kind of depraved black thrash that bands like Cemetery Lust have been churning out. It’s an interesting weakness, given that I’m not much of an old-school thrash fan, but the way Cemetery Lust filthy up their music with alcoholic vocals, tremolo blizzards, and spitfire soloing gets my blood jumping and my fists pumping. Great cover for their new album, too.

I can’t embed the song stream, so jump over HERE to check it out. 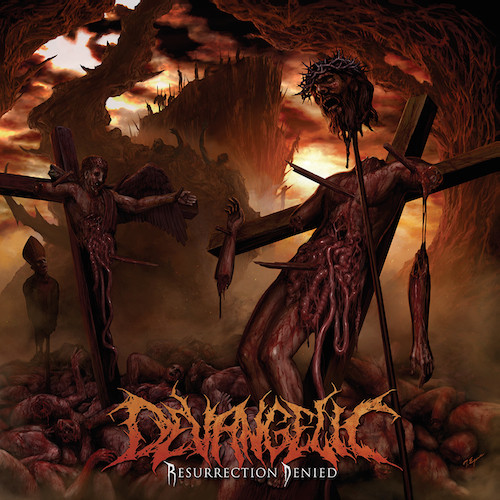 Devangelic are a Roman death metal band featuring members of Putridity, Vulvectomy, and Coprophiliac. Their debut album Resurrection Denied will be released on June 24. Yesterday DECIBEL premiered a track from the album named “Crown of Entrails”, which I’m really digging. It’s brutal, guttural, pulverizing death metal with a snare-heavy drum attack and an absolutely vicious down-tuned riff assault. It rips and it slams. When it flies, the frenzied fretwork will strip the skin from your face, and when it drops out of the red zone it hammers like a two-ton sledge. Good stuff.

The album can be ordered from Comatose Music via this link. Listen to “Crown of Entrails” below.