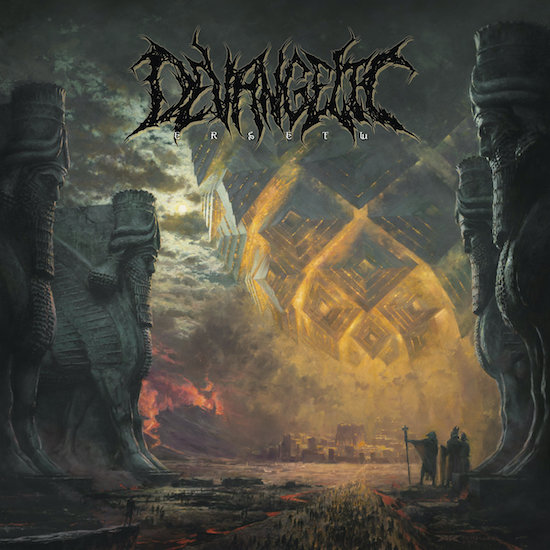 We have already written extensively about the new album Ersetu by the Italian death metal band Devangelic, just as we did about their previous releases. In this case, in addition to praising individual songs that have been previewed in the progress toward the album’s release, we published an enthusiastic review by our friend Vonlughlio, who summed it up as “a mandatory release for every brutal death metal fan”: These guys know their craft supremely well and have taken the time to create something special in their music that will pass the test of time”.

And indeed, despite how impressive Devangelic‘s first two albums were (2014’s Resurrection Denied and 2017’s Phlegethon), they have managed to elevate their music to an even higher (and more nuanced) plane of brutality with Ersetu. We are thus very excited to present a full stream of the record for you now, in advance of its May 15 release by Willowtip Records. END_OF_DOCUMENT_TOKEN_TO_BE_REPLACED

Felicitously, I discovered quotations from others about this new EP by the Texas band Oil Spill that seemed quite fitting, and they had the side benefit of saving me a bit of work in coming up with my own verbiage. These two are from commenters on the EP’s Bandcamp page: END_OF_DOCUMENT_TOKEN_TO_BE_REPLACED 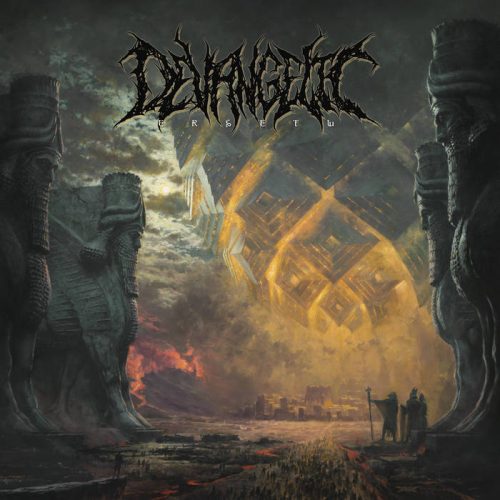 (Here’s Vonlughlio’s review of the new album by the Italian death metal band Devangelic. It will be released by Willowtip Records and features cover art by Nick Keller)

This time around I feel fortunate to write about Devangelic’s third opus, Ersetu, to be released via Willowtip this upcoming May 15th.  They are one of my favorite BDM bands from Italy, and this release is their most mature work to date.

This band was formed back in 2012 by Mario Di Giambattista and Paolo Chiti, and they released a two-song promo that just blew everyone away and made me a fan on the spot.  Two years passed and they grace us with their debut album Resurrection Denie”, that is one of my top 10 debut albums from any BDM bands out there. The cover, music, and lyrics represented the full scope of this project with songs that were raw, fast, and in-your-face — 30 minutes of pure madness. END_OF_DOCUMENT_TOKEN_TO_BE_REPLACED

Almost everything here surfaced over the last 48 hours. Perhaps needless to say, there’s a lot of variety on offer. I don’t expect anyone (but me) to get a kick out of all this, but hopefully you’ll find at least one or two things to like. END_OF_DOCUMENT_TOKEN_TO_BE_REPLACED 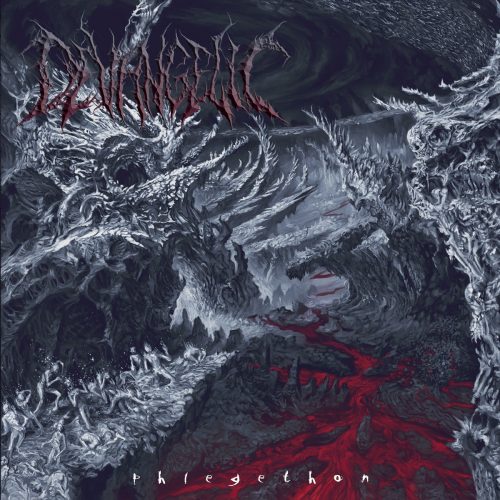 (Our brutal-death-minded friend Vonlughlio from the Dominican Republic wrote this review of the new album by Italy’s Devangelic, and if our damned editor weren’t so scatter-brained it would have been posted before the album was released. On the plus side, you can listen to all of it now.)

I’m honored, to say the least, that I have the opportunity to review Italian BDM band Devangelic’s sophomore effort Phlegethon.

The band was founded back in 2012 by Mr. Mario Di Giambattista (Vulvectomy, Corpsefucking Art). That same year the band released a demo of two songs, and it was raw and crushing from start to finish, one of the most-played, if not the most-played, demo for me that year.

Subsequently they signed to Comatose Music and in 2014 released their debut album Resurrection Denied, one of the sickest albums from that year, from the gory cover of a decapitated Jesus to the songs themselves, just raw and riffs for days on end with relentless blast beats. Also Mr. Paolo Chiti’s vocals may have been the best part of it all — the man is one of the best in the genre, with low gutturals and vocal patterns that are memorable. I certainly have to say that among my top debuts in BDM, Resurrection Denied is one of them. END_OF_DOCUMENT_TOKEN_TO_BE_REPLACED 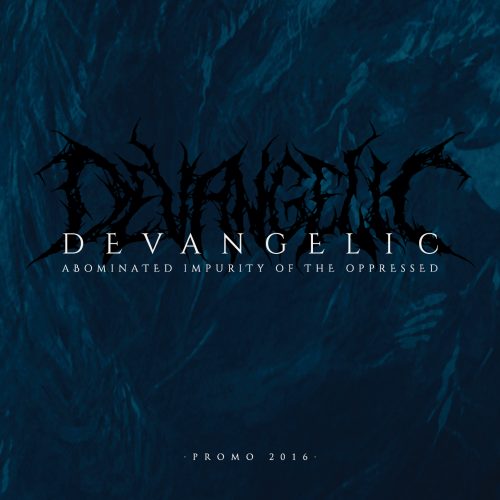 2014 brought the release of the debut album Resurrection Denied by the Roman brutal death metal band Devangelic. They followed that near the end of last year with an EP named Deprecating the Scriptures. And now the band are moving into a new phase in their architecture of destruction, working toward the release of their second full-length in 2017. To provide a a glimpse of this new edifice of sound looming ahead of us, the band have recorded a promo track called “Abominated Impurity of the Oppressed” that will become available for free download today — and we’re bringing you its premiere in this post.

The word “brutal” understates the impact of this new song. It delivers massive, planet-busting riffs operating at maximum efficiency and with maximum destructive impact, in close coordination with titanic grinding lead guitar work and a supremely militaristic drum attack. The near-atonal quality of the song’s enormous grooves, coupled with the vocalist’s ugly gutturals, give the song a cold and merciless feeling that grows increasingly chilling as the minutes pass. The song begins at a furious pace, but slows briefly to ignite a determined bit of pile-driving before resuming laying waste to everyone within earshot. END_OF_DOCUMENT_TOKEN_TO_BE_REPLACED