I’ve been following the progress of the Elemental Nightmares project since before it became public, writing about it for the first time in July 2013. It began as an effort to raise money for a subscription series of 13 splits on 7″ vinyl (with digital download options) featuring one exclusive song each by 26 up-and-coming bands from around the world. As the project evolved, the format changed, so that it will now consist of 7 splits on 10″ vinyl, with each split containing four songs instead of two. And, because of the new format, there will be 28 bands instead of 26.

In addition, Elemental Nightmares has offered the splits for sale on an individual basis, as well as subscriptions to the series as a whole, and the digital-only option is still available. To see the names of all 28 bands and for more info about purchase options, go here. The first of the splits will be released in early August; you can find the entire preliminary release schedule later in this post.

Earlier this year Invisible Oranges) premiered four songs that will appear on the fourth installment of the series, featuring music from Porta Nigra (Germany), Membaris (Germany), Ashencult (Philadelphia), and Vuyvr (Switzerland).Today, we’re delighted to premiere two songs of melodic death metal from one more of the 7 splits. The bands are Sweden’s Canopy and Germany’s Harasai.

Their songs will be included on a split scheduled for an October 25 release. It will also include songs from Obitus and Kall.

Canopy have been an NCS favorite going back to our discovery in 2010 of the band’s 2009 album, Will and Perception. Not long after that we reviewed their fantastic follow-up album, Menhir, and ultimately included a song from that album in our list of 2010’s Most Infectious Extreme Metal Songs. So the chance to premiere a new Canopy song is like revisiting an old friend.

Canopy’s track is “Sphere of the Prime Mover” and it’s well-named, bolting from the gate in a slash of scything riffs, jolting rhythms, and harsh roars. But as the song unfolds, it changes and evolves, as Canopy songs are want to do. The instrumental music  becomes atmospheric and progressive, the roars turn to shrieks, and a seductive melody insinuates itself. Check it out: 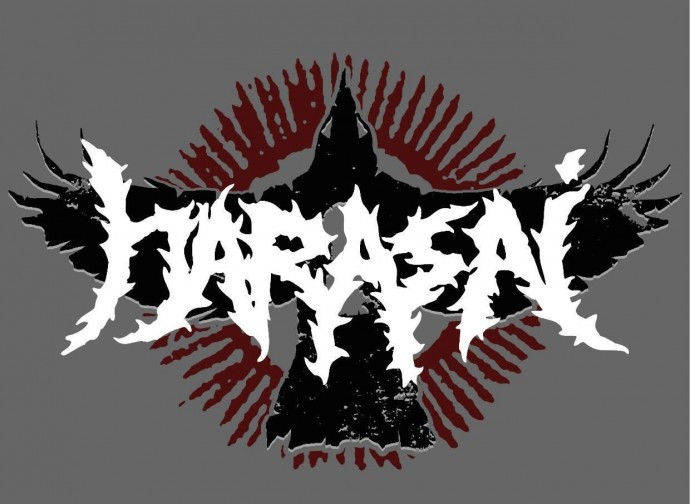 Harasai are based in Essen, Germany, and to date they’ve produced two albums (the most recent of which was 2013’s Psychotic Kingdom) and a trio of shorter releases. The Harasai song to be included on the Elemental Nightmares split is “Heritage and Fate”. It’s a high-energy romp of Scandinavian-style melodic death metal, and its highly propulsive rhythms and rapidly rippling riffs are matched by a highly infectious melody.

As in the case of the Canopy song, the music changes as the song progresses, with a slower, progressive-minded interlude providing a different, dark mood before the band build toward a racing finish. Listen here:

For more information about Elemental Nightmares, Canopy, and Harasai, avail yourself of the links below:

Here’s the preliminary release schedule for all 7 of the Elemental Nightmares splits:

4 Responses to “AN NCS PREMIERE: CANOPY AND HARASAI (AN ELEMENTAL NIGHTMARES SPLIT)”